Tomo Koizumi is the name to know at New York Fashion Week, thanks to Katie Grand

Fashion’s fairy godmother, Katie Grand, stylist, and founder of Love magazine, knows how to create a capital F-fashion moment. She can summon casting director Anita Bitton, makeup artists Pat McGrath, and hairstylist Guido Paulo to make something special. Or launch a career. She’s done it with Marc Jacobs before. She helped London designers Amie Robertson of A.V. Robertson and the wunderkind Matty Bovan start their careers. Not many young designers can claim top models walked in their debut shows. They simply can’t afford them. But the swish of her sparkly wand, anything is possible.

In the Marc Jacobs boutique uptown, Grand announced Tomo Koizumi to the world, a Japanese designer with a penchant for rainbow bright tulle confections, so sweet they can give you a toothache, so extravagant you think they’re borrowed from a dream. 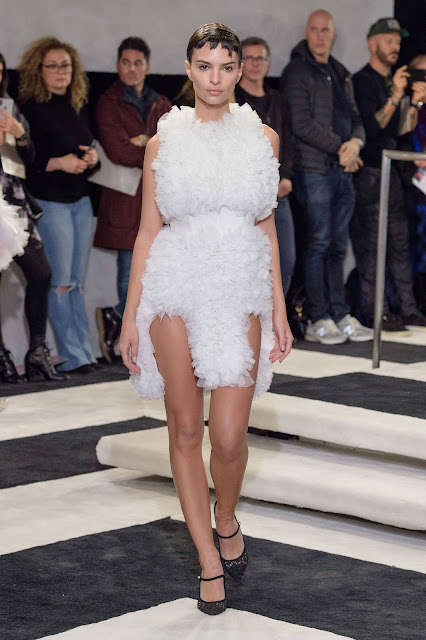 Grand discovered Koizumi through Instagram, as one does nowadays. He hails from Tokyo, Japan and without fashion training, he has managed to build a name for himself. He shared his inspirations—which range from Cristóbal Balenciaga to John Galliano, Leigh Bowery to “oddly proportioned Japanese dolls”—with Vogue Runway.

Grand enlisted Rowan Blanchard, Gwendoline Christie to walk the show amongst models like Joan Smalls, Bella Hadid, and in-demand upcoming faces like Sara Grace Wallerstedt. They descended a staircase into a packed den of fashion editors bedecked in kilometres of tulle, in highlighter shades of lime green, bitter lemon, mandarin, and fuchsia. The dresses were detached from reality—fun for the sake of fun. T-shirts emblazoned with the Statue of Liberty’s head were superimposed with beaming smiles. Meme t-shirts and dreamy layers of frothy tulle. 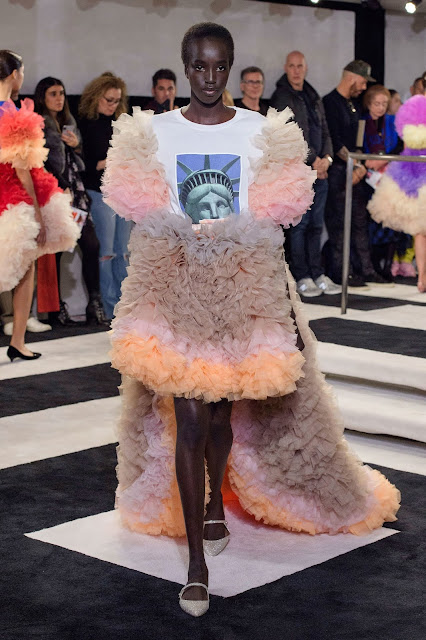 Koizumi’s aesthetic mightn’t connect with a customer but one could hazard a guess and say that there’ll be few spectators who don't want a slice of his world—exotic, extravagant, and exciting.


A “loofah”? A “meringue”? “Armour”? Koizumi’s smocked tulle concoctions have been likened to an assortment of items but threading the line between each one is a recurring word: joy. Yes, that old thing. Remember that? With constant battles between the European Union and the United Kingdom, government shutdowns in the United States, and natural disasters in California, it would appear joy, in its purest form, has evaporated into thin air. 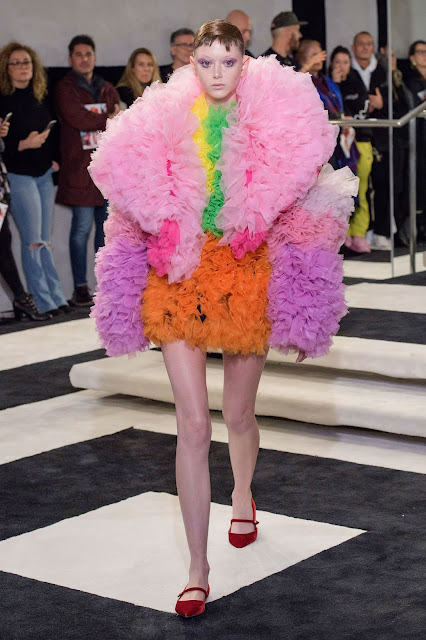 It takes someone like Tomo Koizumi to arrive and to restore our fate. In what, though? Is it fashion? He certainly achieved that much. He’s a new name who’s gotten everyone from Vogue to Robin Givhan at The Washington Post talking about his debut. He’s backed by Katie Grand, that speaks for itself. What about the world? It goes without saying we need things to remind ourselves what our imaginations can create in times of darkness. 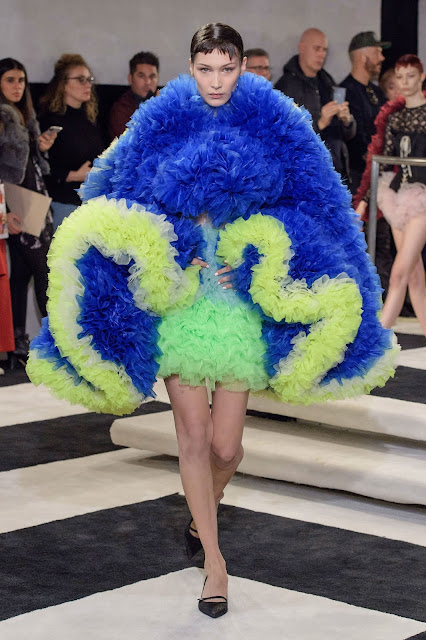 Posted by Paulidoodles at 9:10 PM