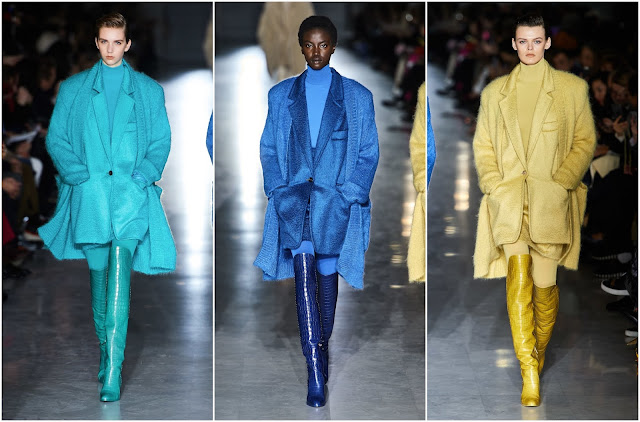 At Thursday morning’s MaxMara show at Milan Fashion Week, three models opened the show together in striking shades of aqua, cobalt, and citrus. Their stomp was marked by conviction, each step a wilful march forward. The sharp tones gave way to beige, biscuit, brown, and black—with a passage of animalia—but it’s those three opening looks that really caught one’s eye. (They did a second lap in faux-fur editions.)

Ian Griffiths, creative director of MaxMara, was thinking about the politics of glamour. This idea arose from an event in December 2018 when Representative Nancy Pelosi, the House Democratic leader, emerged from a meeting where she challenged President Donald J. Trump about the government shutdown, in a crimson funnel-neck coat. It became a defining sartorial moment of American politics in 2018. The new power coat, it was dubbed. 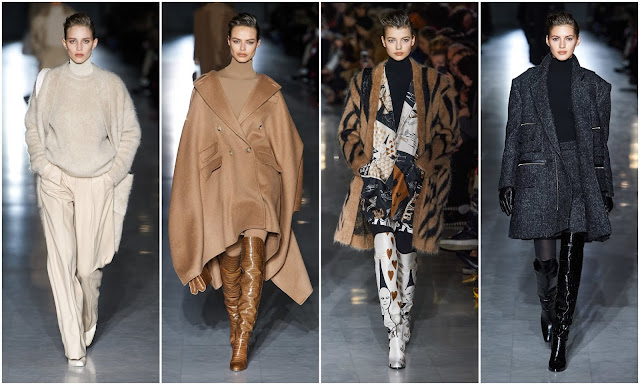 At the time, Griffiths said in an email sent to The New York Times, “you develop an emotional relationship with a coat like nothing else in your wardrobe. I can imagine why Ms. Pelosi chose to wear it for this important moment, and I’m honoured.” The label announced a 2019 reissue of the style, which was from 2013.

Now, two months later, there are five women from the Democratic Party seeking to unseat the incumbent. What did Griffiths have in store for Tulsi Gabbard, Kirsten Gillibrand, Kamala Harris, Amy Klobuchar, or Elizabeth Warren? He gave them what MaxMara does best: the finest Italian outerwear, the kind of pieces that you can cherish forever. He swathed them loose tailoring and warm layering, in luxurious Italian fabrics, to weather the impending political storm. He offered them the option to accessorise with leather gloves, though it’s likely they’ll have to come off during the campaign stages. Politics mightn't be glamourous but that won't stop our politicians from striving for glamour.

MaxMara relies on its signatures to sell but this update, musing on the relationship between the power and glamour, had an unmistakable attitude.
Posted by Paulidoodles at 3:00 PM