American fashion can’t escape the commercial pragmatism connotations. A sense of urgent practicality pervaded the New York collections, perhaps as a response to a divided time and country. The clothes are ready to rumble, there and then.

Not many designers delivered a way forwards. Those who came closest were Chromat, Telfar, and Eckhaus Latta, with stories of inclusion. They captured the quotidian of the subcultures they represent but there was still something missing. Something bigger than American fashion in its current guise. 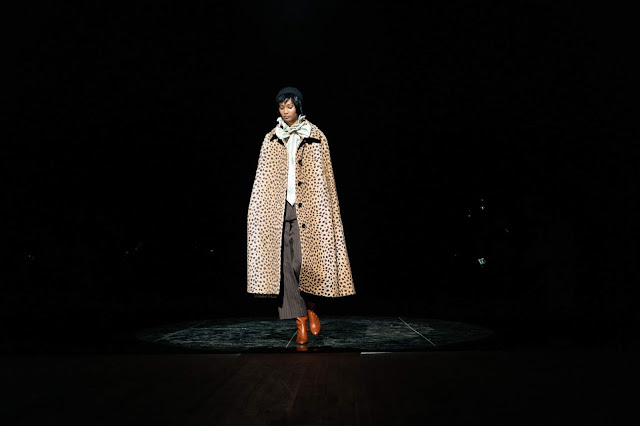 It’s why Marc Jacobs’ couture concept on Wednesday night crowned itself the best show of the week. With the Park Avenue Armory plunged into darkness, the intimate kind, the only light illuminating the models was a spotlight. It was the guiding light of New York Fashion Week. Following was following Jacobs’ reminder that fashion, in its purest form—the art of creation, its commentary on the time in which its presented and how it offers a direction forward—is still the apex of all fashion weeks. Where are the ideas, you ask? Marc Jacobs has them, of course.

It was utterly gorgeous, a sumptuous visual delight that stripped back theatrics to a haunting degree but still revelled in its own drama. Voluminous silhouettes of historic couturiers: Cristobal Balenciaga, Yves Saint Laurent! 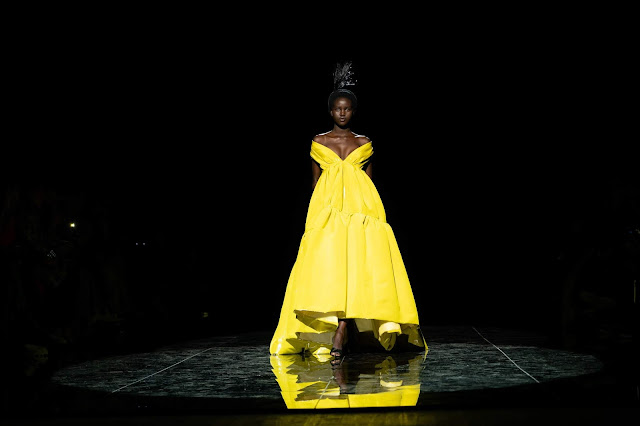 And in the bright hues of red, lemon, seafoam green, alongside sombre hues of black, grey, and beige. The constant dialogue between the prismatic extremes explained something about American fashion—there are those whose colour palette reflects the ennui of the times, and those who use colour as method of rebuking the turmoil.

The glamour! The colours! Jacobs strived for beauty and he delivered it ad infinitum.


The final look, worn by 90s supermodel Christy Turlington Burns, was a black evening dress bursting with glossy plumes. It was unlike anything else on the runway this New York Fashion Week. It underscored the belief that there is room for fashion that will hit you like a sucker punch. Perhaps, as an audience, maybe we should demand more of it. 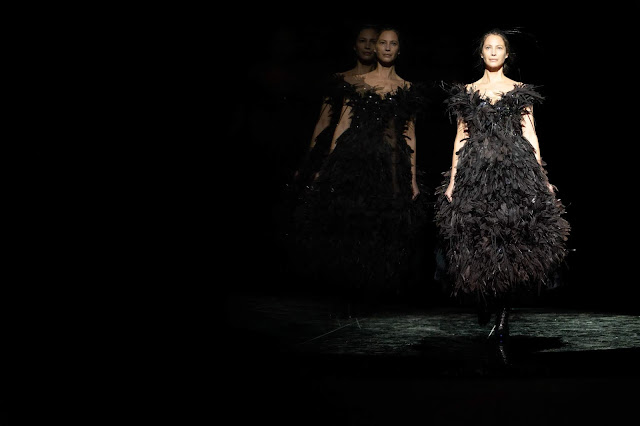