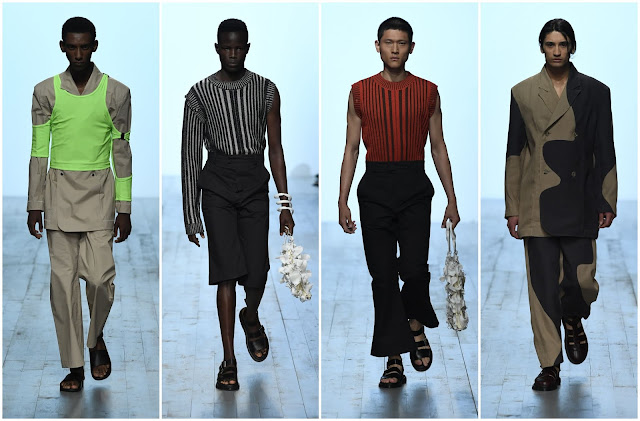 Alex Mullins, a London-based menswear designer, has always leaned towards artfully-inclined collections. Mullins is a graduate of Central Saint Martins, he launched his eponymous line in 2013, sparking an artistic approach to a stagnating industry.

5 years later, Mullins is part of the London menswear pick with an affinity for twisting familiar tropes.

His Spring 2019 show, presented at 180 The Strand, the British Fashion Council’s headquarters during London Fashion Week Men’s, arrived with a one-word description: ‘Triptych.’ There were nine in total, in this 27-look collection, which encompasses various ideas, silhouettes, and prints.

It’s interesting to see designers explore fashion with an artist’s approach. Generally, it points to two things: respect of pretension. With respectfulness, they regard fashion highly, in the same vein as art. As for pretension--it adopts a holier-than-thou stance. For Mullins, it’s clear art is a motivator, a driving force in his business and design handwriting. The messages he’s conveying are linked to a medium adjacent to fashion, one with enough similarities and differences to make it a cogent narrative. To put it pretentiously, it’s a conversation between art and fashion. It’s a balance which takes

He deployed Keith Haring-inspired, leather vests with curved edges; he used splattered paint prints on suiting which resembled a Jackson Pollock work but the blue denim colour was reminiscent of a Helmut Lang classic from the 1990s when he used industrial paint on denim.


The simpler, more commercial pieces stood their ground amidst the more artful offerings. There was a cropped metallic jacket which posed a counterpoint to gender stereotypes and a double-breasted peach jacket with a florid panel. They were subtly defiant but rooted in a functionality it takes to sell. 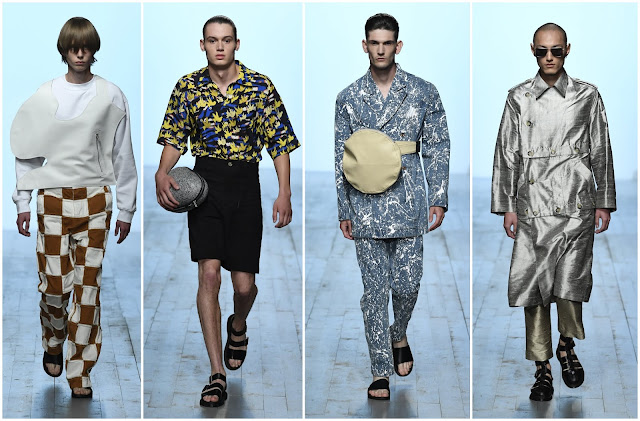