In New York, the Emerging Designers are Keeping the Menswear Scene Alive

New York Fashion Week: Men’s seventh instalment fizzled out last night, did you know? Over the past three days, 48 designers presented across the city. There weren’t any heavy-hitting names this season. In industry terms, it was a non-event. The press and buyer attendance wasn't overwhelming, by any stretch of the imagination.

The lack of a discernible identity at New York Fashion Week: Men’s has been to its detriment since it began seven seasons ago. Designers like Raf Simons, Palomo Spain, and Matthew Adams Dolan, who added some much-needed vitality to the schedule, have since dropped off the schedule. They have decamped to other cities or the womenswear schedule. However, the dearth of well-known designers will not herald the death of New York Fashion Week: Men’s.

The upcoming generation of eager, energetic, and endearing designers will act as the lifeblood of the event in seasons to come, while it attempts to find a foothold in the menswear landscape which is firmly rooted in Europe. What the next generation have in common is interest in the millennial customer and their emergence in the luxury market.

Take for example Willy Chavarria’s stab at the politically-minded streetwear set with his inverted ‘America’ and stars-and-stripes graphics. America is upside down, unrecognisable to the liberal community, who this brand will most likely entice.

He riffed on American sportswear with football, or soccer, jerseys emblazoned with Cyrillic script and the Pride flag. It was tinctured with the aesthetic of Gosha Rubchinskiy. (Danish sportswear brand Hummel collaborated with Chavarria on tracksuit pants.)

The latter half of the collection felt in line with 1990s street culture, with baggy trousers and oversized mesh shirts, referenced New York’s Bronx neighbourhood and Los Angeles grittier east side. This is the American equivalent to designers’ fetishisation of British working class culture—fashioning a narrative out of disadvantaged communities and commodifying it. The coda felt out of place in the context of the Gosha-influenced opening. 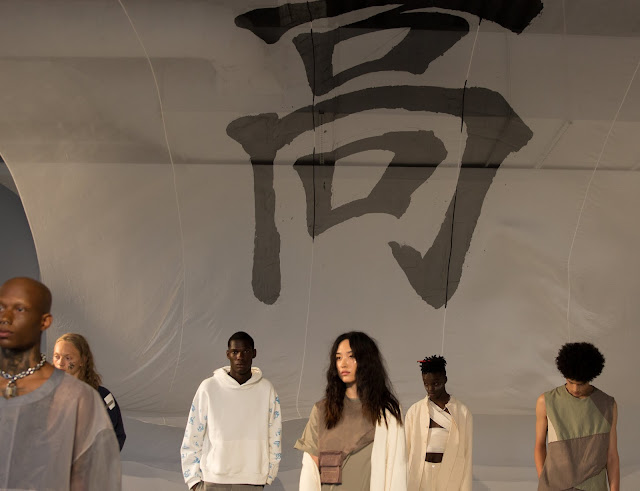 Sundae School (courtesy of Sundae School)
Sundae School is a South Korean brand designed by Dae Lim and Nina Kim. First, there was tailoring and dressmaking, followed by the birth of streetwear, and on the third day, God created “smokewear.” Bear with the fashion scripture. The duo is the proponent of smokewear, a millennial-baiting label aiming to connect with “high-minded” individuals—or simply, recreational drug-using individuals.

Although the premise sounds like a dumb marketing ploy the clothes are worth paying attention to. The duo is quite talented. This season, their third outing, was called ‘Weed Scholar.' It skewered contemporary culture and the intellectuals from the Goryeo and Joseon periods of ancient Korean history. They did this with a witty equivoque—“Smoking Chills” graphics—but more importantly imbuing the clothes with hanbok, an exuberant style of Korean dress. They worked with organza and nubi quilted cotton to weave multicultural garments. The clothes were exceptional, aware of their poetic simplicity and nods to Helmut Lang-inspired streetwear. (Those utility vests aren’t Virgil Abloh’s invention, despite what Instagram might lead you to believe.) 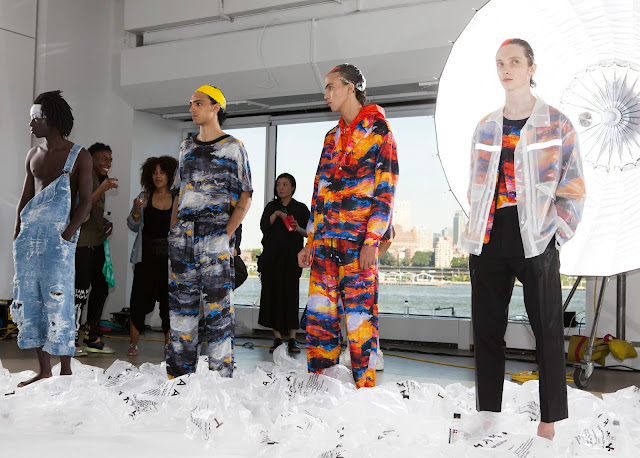 Taakk (courtesy of Taakk)
Takuya Marikawa founded Taakk in 2012. His work meditates on relaxation which serves as a counterpoint to the hyper-communicative lives of millennials. With an eye for colour and cutting, Marikawa, who earned his stripes at Issey Miyake, didn’t overemphasise the streetwear elements and included some impressive tailoring options. 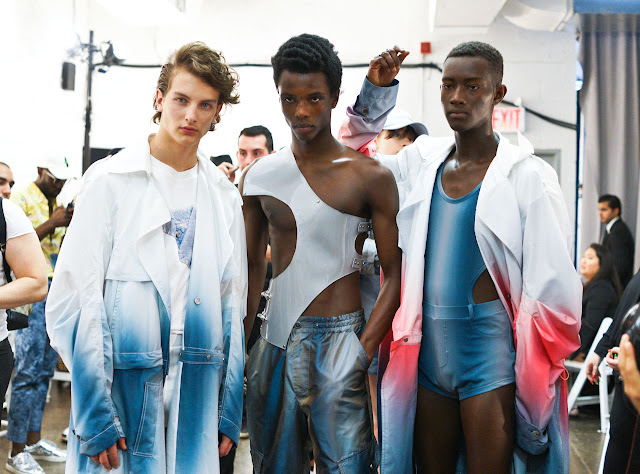 Feng Chen Wang is a London-based designer presenting in New York. Her credentials include a slot in Lulu Kennedy’s MAN incubator, and New York’s equivalent, VFiles. She was shortlisted for the LVMH Prize in 2016. The show sought inspiration from the philosophical concept of connection with human emotions.

Wang was also interested in the idea of halves. She presented menswear and womenswear. Her colour scale formed a dialogue between sombre blues—shades of indigo, azure, and periwinkle—to punchy pinks—rose, raspberry, and magenta, perhaps musing on the spectrum of human emotions. Concept and commerce married seamlessly—there were some great clothes—but that didn’t prevent some disappointments from seeping through the cracks. Crisp white shirts were slashed to reveal the model’s chest. They were redolent of Xander Zhou, another Chinese designer, who attempted similar things a few seasons ago. Denim was spliced together—blue and indigo—in the same way, Christopher Shannon did in his seminal Spring 2017 collection. That felt half-hearted.

There were some other more mediocre efforts. Landlord tempered the theatrics this season with a focus on design. Designer Ryohei Kawanishi swapped punk for children’s television series Adventure Time in a show that was heavy on rehashing menswear tropes rather than reshaping them. Ovadia and Sons similarly relied on familiarity instead of pushing their work in a new direction. N.Hoolywood looked to Arizona but the American Southwest has been done to death in fashion already. 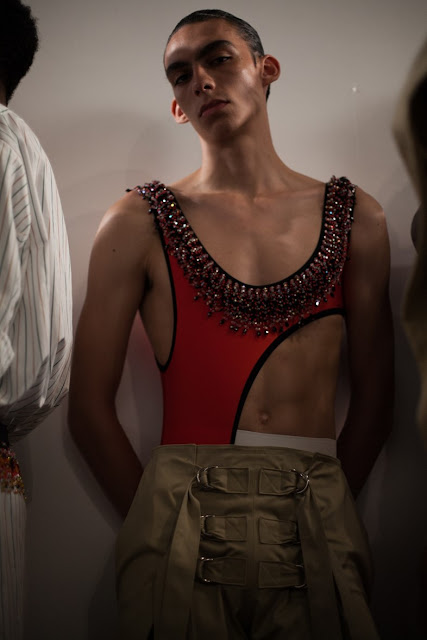 Grotzinger cut his teeth at womenswear design houses like Marc Jacobs (their menswear was short-lived), Prabal Gurung, and Diane von Furstenberg, three proprietors of a hyper-feminine aesthetic. His experience lends itself to the “masculine effeminacy” he explores. His mission is to deconstruct toxic masculinity as we’ve come to know it—with an unforgiving stance on sexuality and gender politics. He uses beadwork and embroidery to add artful touches to his menswear.

His latest collection, entitled 'Subservient Authories,' evoked the essence of virulent virility exposed in recent films Goat, and Beach Rats. Like this collection, the films study masculinity in its current guise: charged with a rigorous desire to preserve tradition and convention, regardless of the effect.


Nihl is a jolt to New York’s menswear landscape. It is bold and exuberant, escalating tensions between gender boundaries and objecting to masculine conventions. But is America ready for it?
Posted by Paulidoodles at 6:00 AM