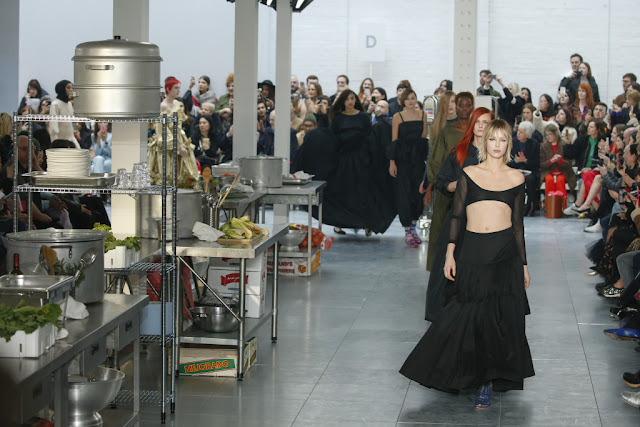 Since displaying her most recent collection at London Fashion Week in February, London-born and -based designer Molly Goddard was named the recipient of the BFC/Vogue Designer Fashion Fund (a prize of 200,000) and she published a photo book, ‘Patty,’ in collaboration with photographer Tim Walker for Dover Street Market in London.

Goddard’s reached stratospheric heights. What started as a disruptive party in a Marylebone church hall in 2015, after she exited the master’s course at Central Saint Martins, has blossomed into a fledgling business which draws an international audience. There’s Rihanna, for one, who has purchased a coterie of tulle concoctions from the brand. She wasn’t at the show in February though. Who was? Adrian Joffe, president of Comme des Garçons and Dover Street Market; a group of international Vogue editors; and buyers who flocked from the US, Italy, Hong Kong, and Qatar, amongst other destinations. The industry approves. 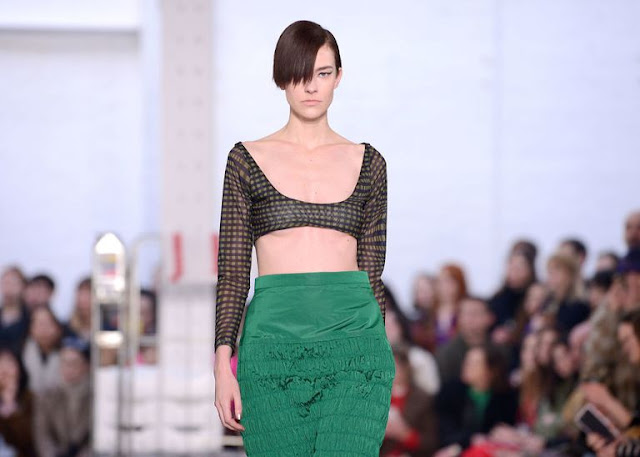 What they are curious to see is what direction Goddard is going to take them next. In 2015, she garnered a reputation as the “tulle girl”, the one whose frothy, diaphanous layers of tulle dresses signalled the arrival of a sickly sweet, feminine saccharinity that has since had far-reaching influence.

But it’s never been just about the tulle, and this collection reminded the audience of that. Sure, there was a delightful tangerine-hued bobbing like a buoy in choppy waters as the models proceeded down the runway, and a vermillion skirt which posed a subtle juxtaposition against a black and red op-art top, but the bulk of the of the collection was comprised of other options. There were familiar silhouettes: vaguely, contentedly frumpy, and penchant for ugly chic. They were rendered in cotton and taffeta, which are as embedded in Goddard’s design handwriting as tulle is.

She superimposed pops of pink, rose, and vermillion on a mostly black, olive, and cream colour palette. Her musings on female identity are based on the reality that women want something transferrable—something built for work and pleasure. The orange tulle bubble, however, is just for fun.

She isn’t a revolutionary but she serves her audience well. 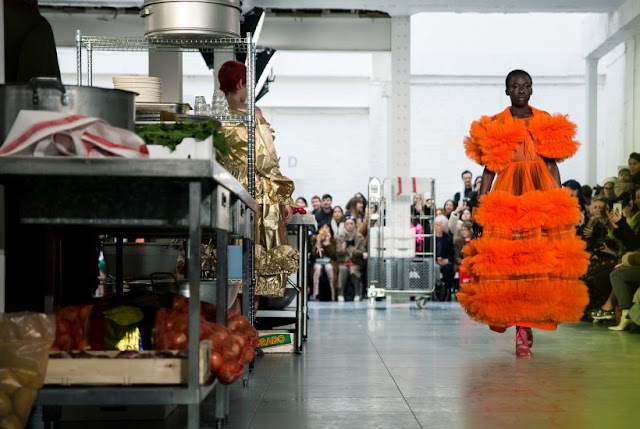