The Profound Pathos of Caoimhe MacNeice's Design for 'Fashion is Repealing'

Yesterday the New York Times published ‘As Abortion Vote Looms, Irish Fashion Designers Choose a Side’ by Elizabeth Paton, an article I contributed reporting to. The piece takes a comprehensive look at the fashion industry’s engagement with the Repeal the 8th campaign, ahead of Friday May 25’s referendum date.

Following yesterday’s publication, I am publishing an interview with one of the designers featured in Andrea Horan’s The HunReal Issues’ ‘Fashion is Repealing’ show which took place at the Powerscourt Centre on William Street in Dublin last Thursday, May 10.

Caoimhe MacNeice, a London-based graduate of the National College of Art & Design in Dublin, was contacted by Andrea Horan earlier in the year. She was asked to participate in the fashion show, creating a couture piece for auction and a t-shirt which were mass-produced to fundraise for The HunReal Issues, an organisation which launches awareness campaigns surrounding abortion rights and the upcoming referendum, which takes place Friday May 25.

Caoimhe’s couture piece was a black, one-shoulder column gown. The asymmetry of the dress points to the inequality that exists between men and women in Ireland—the lack of body autonomy, in this case, as opposed to the other disparities that exist in the country. Other designers chose more eye-catching approaches but Caoimhe endeavoured to maintain a simplicity, the use of a single strap signifying how women’s rights are effectively hanging in the balance.

The t-shirt she produced was a collaboration with Emma O’Brien. The silhouette of a woman is marked by the text: No More Faceless Women. It captures the sombre mood of the nature of the referendum and the heartbreaking anonymity women must endure should they choose to have an abortion. It was inspired by an interview with a shadowed figure, discussing her experience. 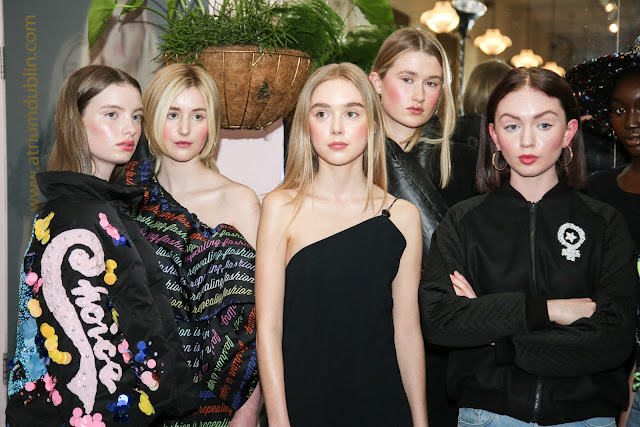 Can you tell me about your involvement with the HunReal Issues' ‘Fashion is Repealing’ show?

The HunReal Issues got in touch with me earlier in the year about making a piece that could be auctioned off to help raise money for the Repeal the 8th campaign. As well as the auction piece, I collaborated with my friend Emma O'Brien to create a printed t-shirt of which fifty pieces were produced.

Why is participating important to you?

Participating in this event meant a lot to me because I have recently moved to London and so have been watching this amazing movement unfold at a distance. It was great to feel more connected to it and feel I was doing a small part to help.

Were you nervous about participating?

I was actually a bit nervous about creating the print for the t-shirt because, in my own work, I generally focus on shape, not surface design, so I asked my close friend Emma O'Brien to collaborate on the graphic design with me.


What was your design inspired by?

The starting point was a news broadcast that I saw on TV interviewing an Irish woman who had an abortion. Her profile was backlit so her face wasn't visible, all you could see was her silhouette, like the technique they use to hide criminals' identity, which technically she is under Irish laws.

The image was so strong and reminiscent of those old Victorian silhouettes, which we used in the final print as a reminder that no matter how many people try to downplay Repeal the 8th as a new and 'trendy' issue, abortion is not a new concern for women. It felt necessary to make that connection to women in the past, that they shouldn't be forgotten, and that there should be no more faceless women.

Why do you think most Irish designers have remained quiet on the subject?

I obviously can't speak for anyone else, but I think abortion is a difficult, complicated and quite sad thing to talk about. Perhaps there is a fear of alienating people who don't hold their own views, perhaps they haven't figured out where they stand in this debate yet. 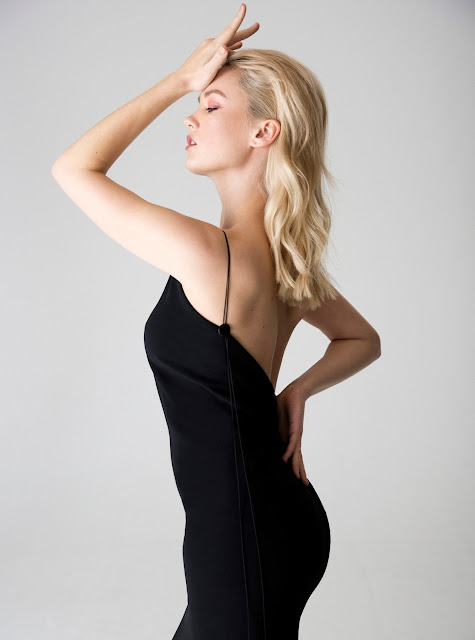 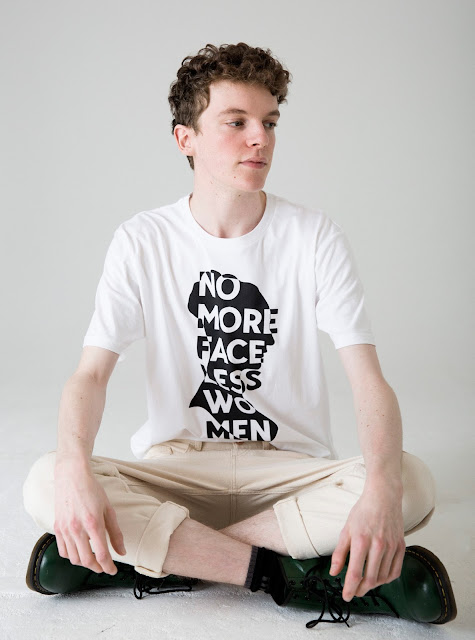 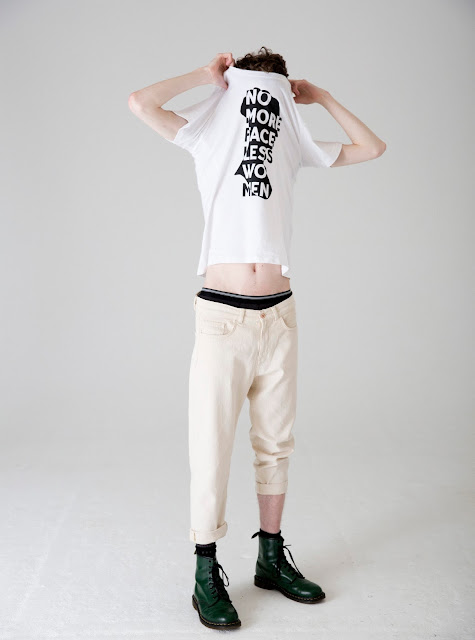 Email ThisBlogThis!Share to TwitterShare to FacebookShare to Pinterest
Labels: 5 Questions with, Caoimhe MacNeice