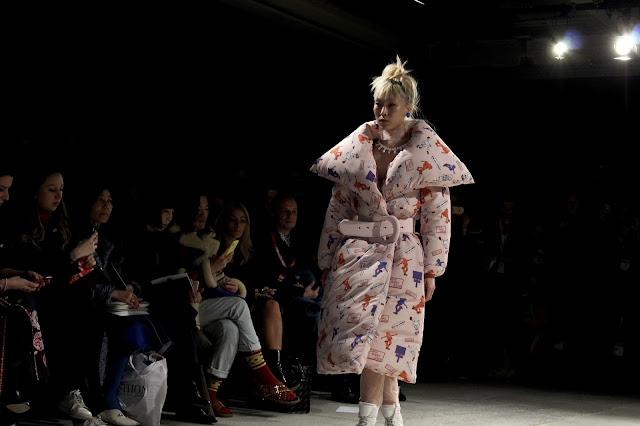 Xiao Li means business. Scores of fashion folk flocked to her pop-up event at Shanghai Fashion Week last week and at her on-schedule show at London Fashion Week in February, she declared, loud and clear, that the tides were turning. A new direction.

Firstly, she changed PR companies. She now works with The Lobby London, founded by Ella Dror, which also manages other emerging London talents such as Roberta Einer, Marta Jakubowski, Mimi Wade and a slew of other buzzworthy names. Secondly, stylist Anna Trevelyan was employed to put her spin on Li’s sustainable wears. Resultantly, they exuded an emphatic exuberance that characterises Ms. Trevelyan’s poppy style. 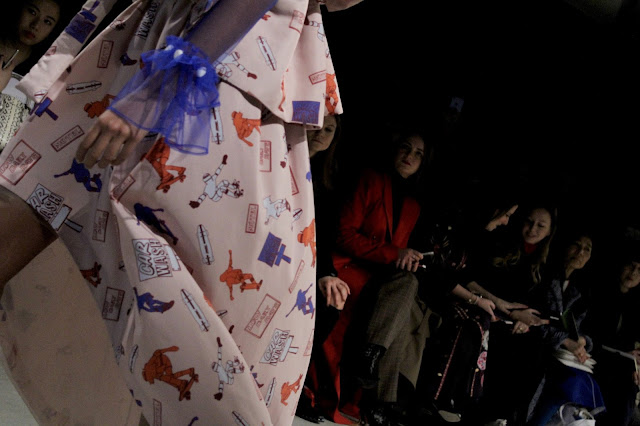 What remained the same was Li’s wry sense of humour and playfulness. There may have a thumping techno soundtrack and a new team, but the brand’s core values refused to shift. This was important.

70s skate culture and the highly-saturated photography of Hugh Holland were the starting point for Li. Her louche silhouettes and pastel palette sought reference in the decade. There was burgundy and bubblegum, contrasted with cobalt and indigo.

By way of this American expedition, she looked at the neon road signs of Los Angeles. While it wasn’t Bruce Nauman, she crafted quirky prints and emblazoned them on outerwear—a commercial proposition for the follower-touting Instagram generation, no less. Illustrations of ollie-launching skateboarders and ‘Car Wash’ signs permeated a sense of frivolity. 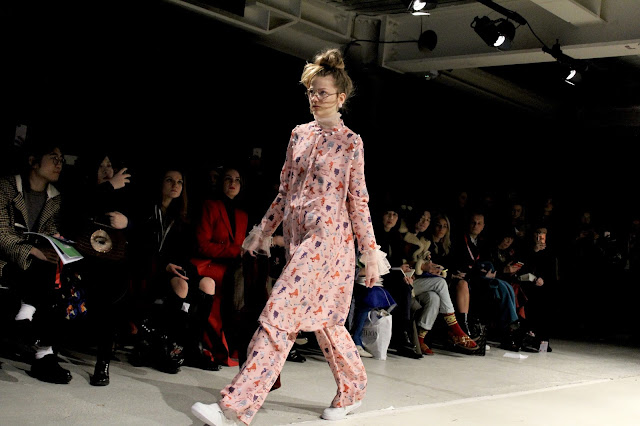 But Li has always been a politically aware designer, subverting the parameters of high fashion and subtly imbuing her clothing with references to the political landscape. She’s tackled the proliferation of GMO foods, the saturation of social media, sustainability as a means of operating rather than a trendy statement and the positives associated with it. Here she explored the “manic pace of American culture” and finding an antidote to that in the city of Los Angeles. With every news bulletin, it becomes strikingly apparent that slowing this pace down is virtually impossible. Sociopolitical turmoil is abound, despite encouraging economic prospects, in a country led by the controversial President Trump. Xiao Li, a small London label, has her say.


“The way of life and attitude of Los Angeles is really inspirational in the way that there’s a place for everyone, and it is a place everyone can be accepted for who they are. It is a city full of hopes and dreams where everything seems possible.” With an attitude like that, and a drive like Li’s, the sky is the limit. 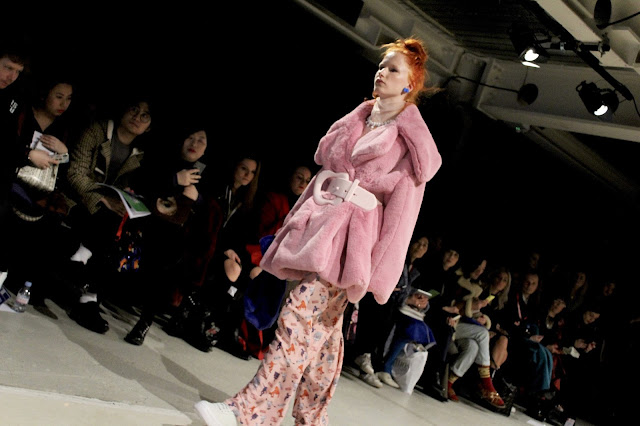 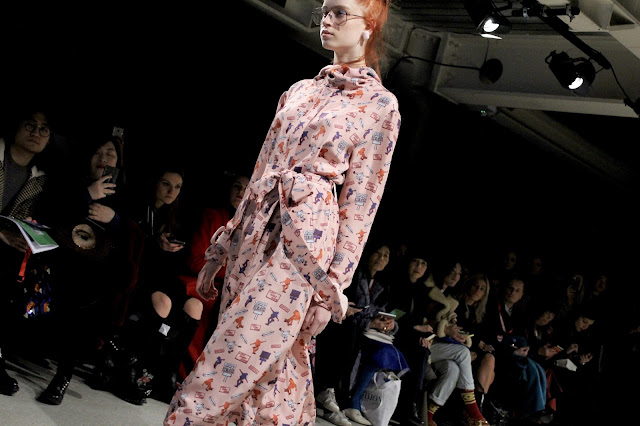 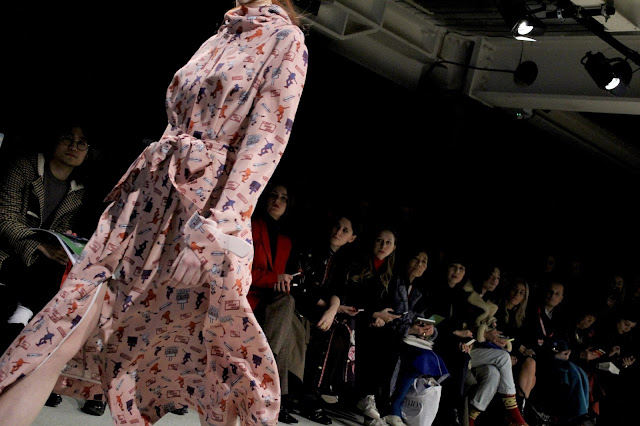 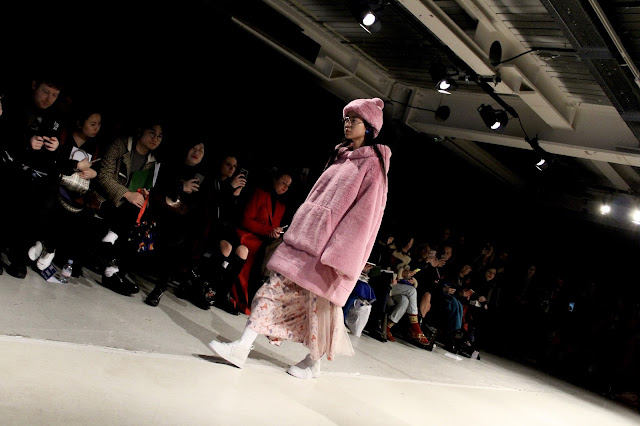 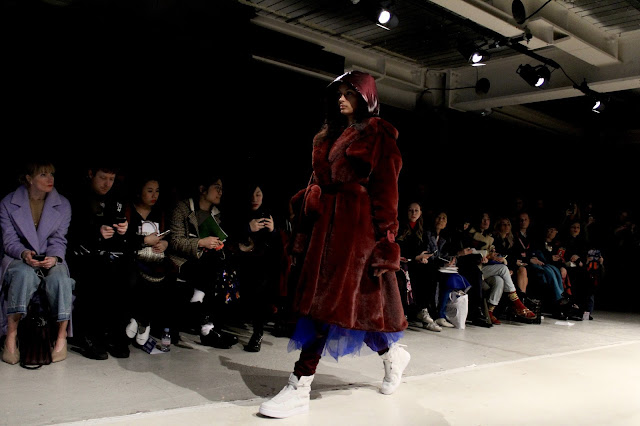 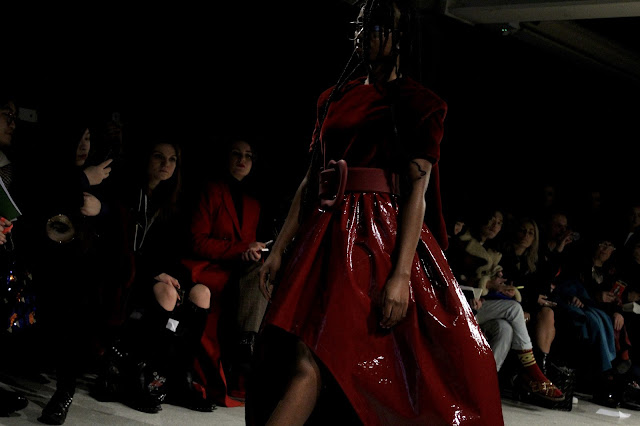 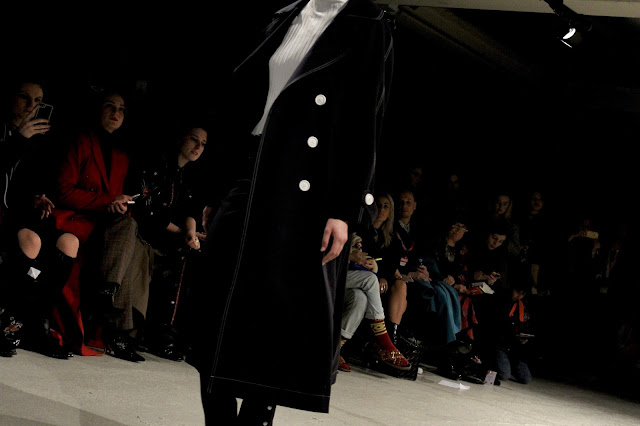