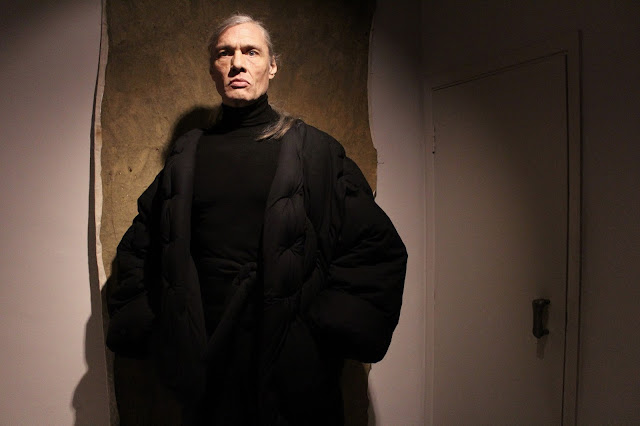 February 16 2018. The sun was setting nicely in Shoreditch. The blue skies overhead were a promising end to the opening day of London Fashion Week. A stone’s throw from the overground station is Redchurch Street, and a black building which is the flagship and showroom of Toogood, the family-owned venture by Faye and Erica Toogood who specialised mainly in furniture and ceramics but launched a unisex clothing which now counts nine collections.

Their Fall 2018 show took place in their showroom, which is a warren of activity. You arrived to see the fleet or PR interns dressed uniformly in an off-white shade. The first sight of models inside were two women perched at a table, sipping tea on a patio space. Inside, the models stood like statues from Easter Island. Occasionally, they’d catch your eye, follow your gaze unrelentingly. It was as if you’d entered someone’s house uninvited. Everyone had seized and you wandered a domain that didn’t belong to you but you weren’t going to be asked to leave. You were an intruder. It was enthralling. 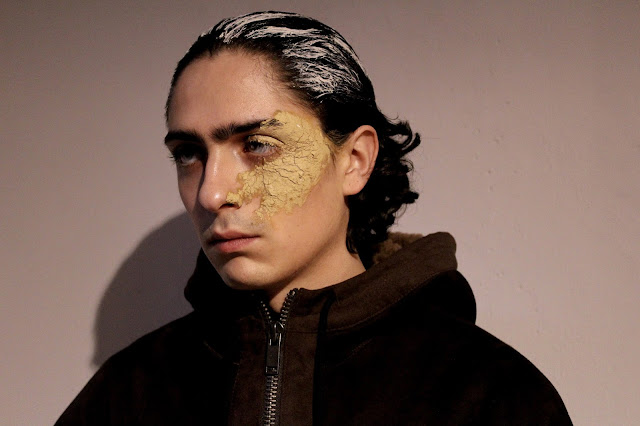 Some models stood, tall and imposing. Others were seated, conveying a level of nonchalance that one would expect to see if you were watching television. It showed the models’ comfort in their surroundings and the way they’d look at the viewer was as if it had been disrupted.

The clothes were excellent too. The patterns studied the stratified layers of the earth’s soils, the clothes themselves rejected the “unsustainable turnover of flighty fashionistas, who rework themselves in transient faddery with every passing season.” They were all in muted, earthy tones of pewter, aged soil and wintery greys. They concerned themselves with physical layering also, the idea of warmth and protection emanating from them in a timely manner—I didn’t view it as a response to the post-Trump landscape, rather in the context of the environmental disaster humankind has created. It was reported recently Ireland’s households account for the worst carbon emissions in the European Union; the collapse of ocean currents is a catastrophic possibility and daily we learn of animals’ extinction. These clothes enveloped the frame, in order to shield the wearer from the dark times ahead, while also engaging with natural themes.


“Our revolution is evolution, incremental and rugged like the very land itself.” 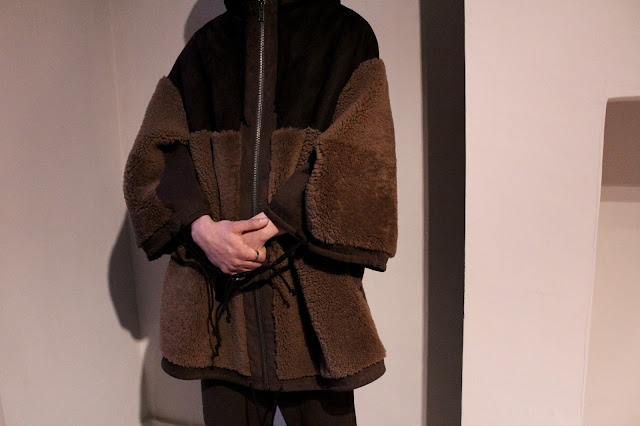 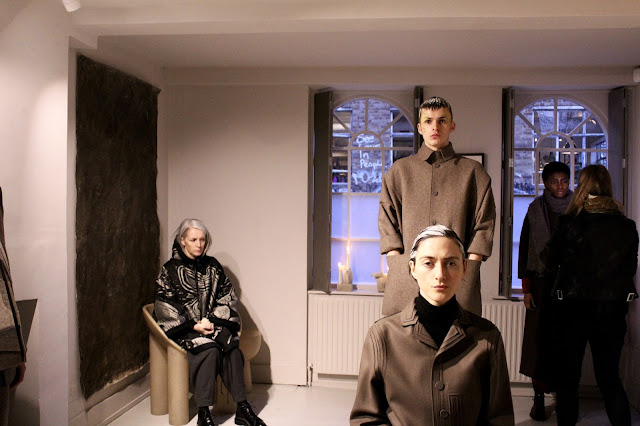 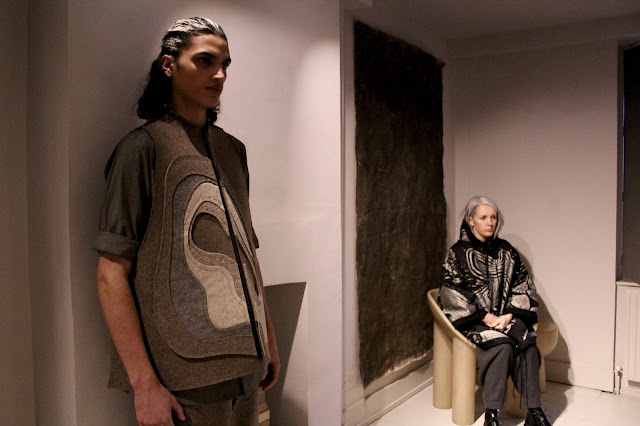 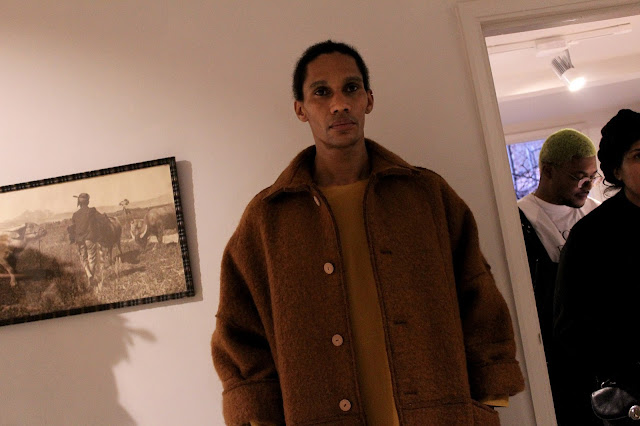 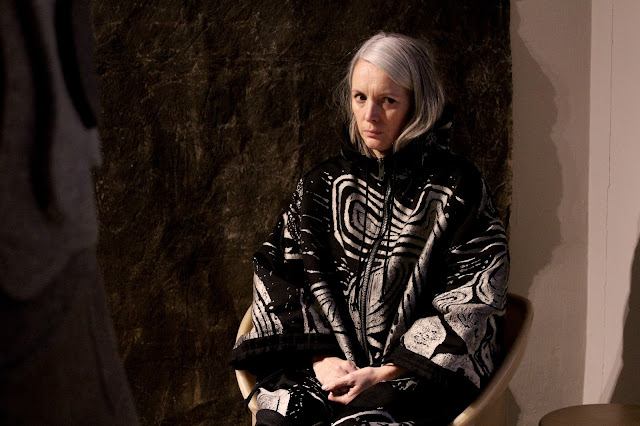 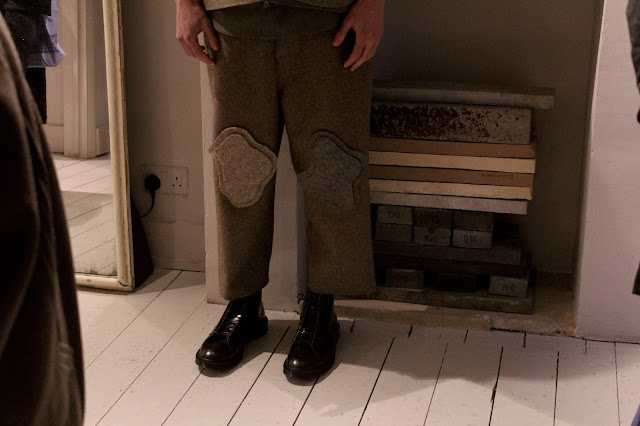 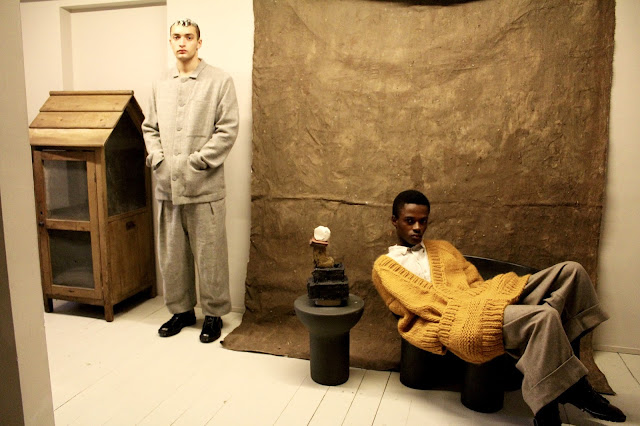 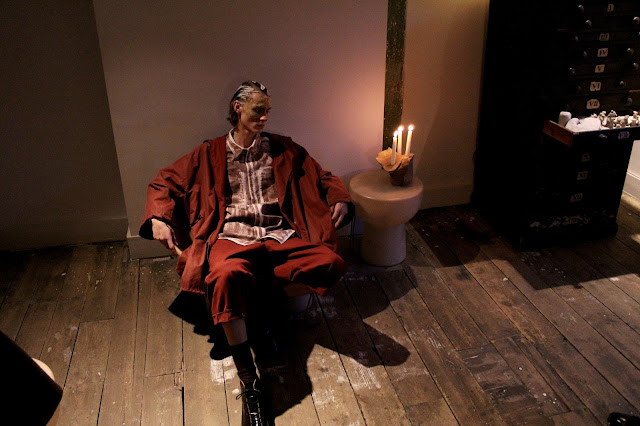 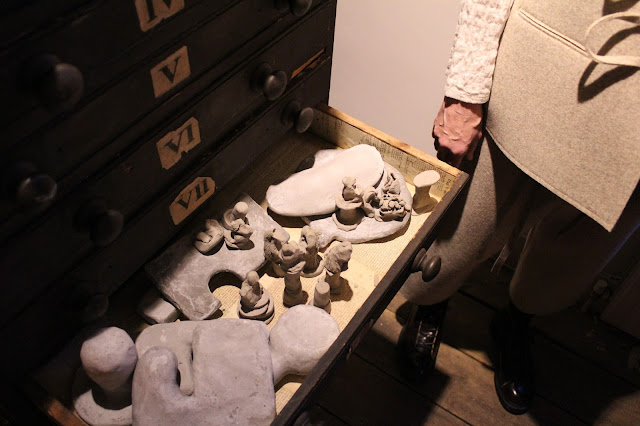