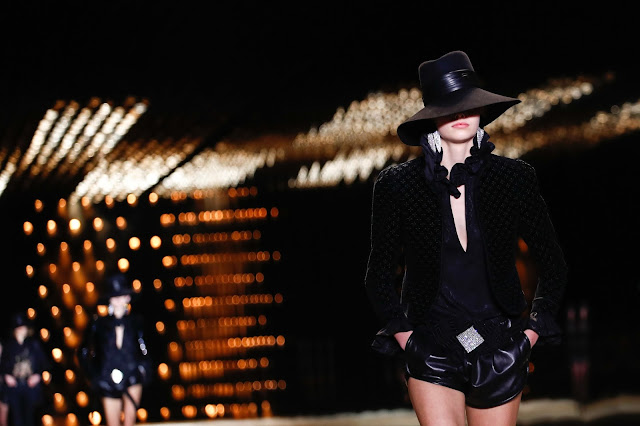 In a predominately sexless season, Anthony Vaccarello’s latest instalment for the house of Saint Laurent didn’t just serve a soupçon of sex, the clothes exuded it. Abbreviated hemlines, skimpy shorts and plunging necklines galore. It was a flesh-bearing extravaganza, taking place in a large box by the Eiffel Tower, which conveniently flickered in the Parisian night sky as the guests exited the venue post-show.

Vaccarello pays close attention to scale. 87 looks. Vast show space. His Saint Laurent is about directing the business on its upward trajectory. His task isn’t to revitalise rather to extend the longevity of its commercial success. His predecessor Hedi Slimane (now Céline-bound) ushered the house to its status as a $1 billion company. Vaccarello’s placement isn’t that surprising. His sultry urban sensibilities and attentiveness to the glamour of rock music is an aesthetic not too dissimilar to Slimane’s. 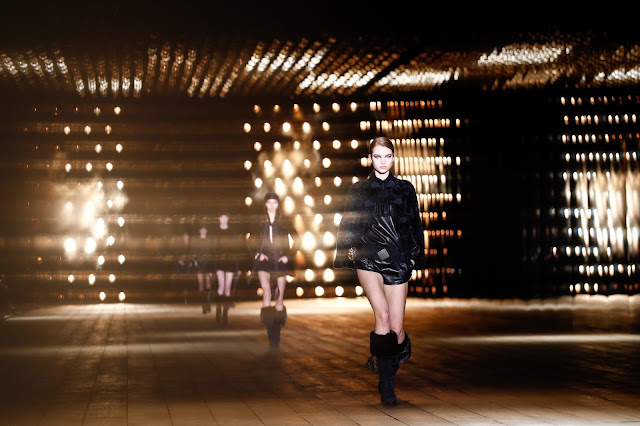 Consistency is one word that springs to mind. Vaccarello, like Slimane, stuffs his runway with countless variations of the same idea. The first 58 looks, almost all black, almost all mini dresses or shorts, didn’t hammer home the idea of seduction but it bludgeoned it into the viewer’s mind. But it wasn’t entirely captivating, fourteen in and one grew tired. 29 looks at the end were floral embellished minis. It became numbingly repetitive. 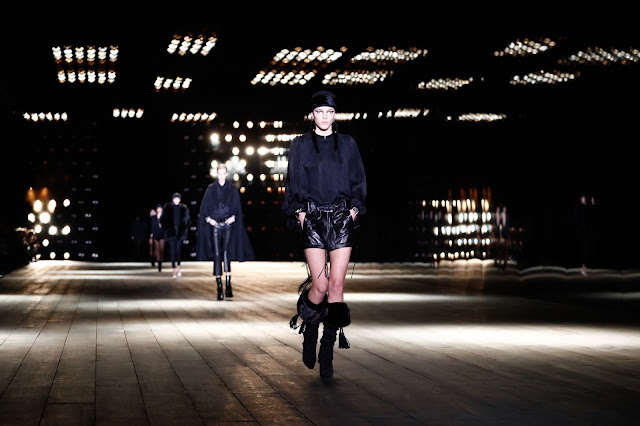 He observantly resurrected archival pieces in order exploit the everlasting desire for vintage. His flashbacks conflated the 1960s, 1970s and 1980s, when the late Yves Saint Laurent was designing. There was the ‘Beat’ collection he did for Christian Dior (Fall 1960); glimpses of ‘Russian collection’ (Fall 1976); odes to signatures that underscored shows in 1986 and 1989. Extravagant, wide-brimmed hats; graphic silhouettes and ample décolletage, Vaccarello’s referencing is decisive and manages to modernise it somewhat. 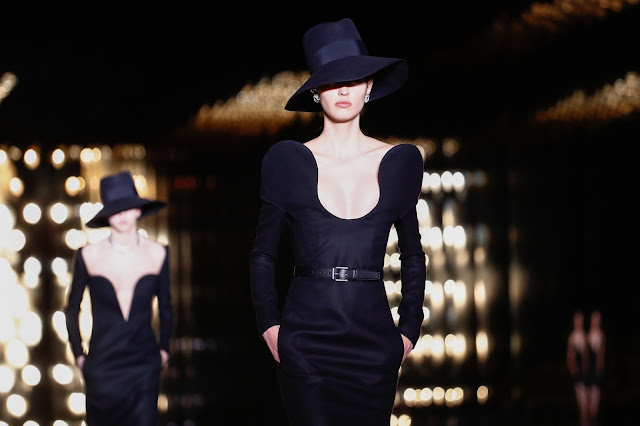 There was menswear on show too. Unsurprisingly, the boys were suited and booted, mostly in slick evening wear and some casual options too. Their looks were punctuated by scarves, hats and hoods, which felt pertinent given that the show was presented during the Beast from the East, when temperatures plummeted. The men were ready for the subzero conditions. As for their female counterparts? 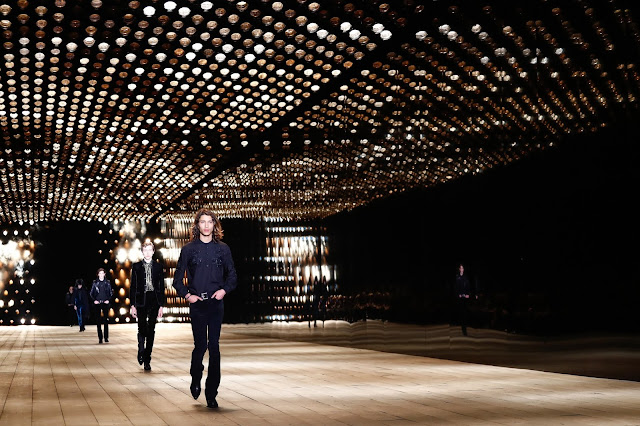 Vaccarello is lobbying for party dressing in fashion, at one of the most noteworthy houses, in a season when most have turned their backs—and noses—to the trend. However fabulously fierce they looked, how long would they last in the bitter cold? Certainly not as long as that cape-boasting, sweater-touting, jeans-covered male counterpart who breezed through collection’s midpoint. 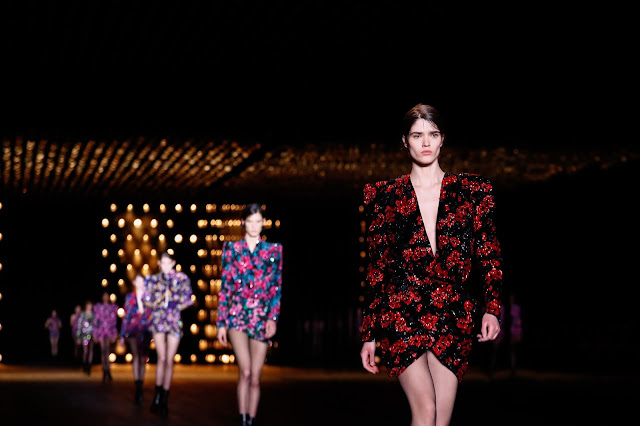 All images Vogue Runway
Posted by Paulidoodles at 6:00 AM