Oftentimes I find graduate collections explore grief and death—specifically among Irish students, could be the Catholic upbringing—in order to capture an emotional response. It’s a default in a way. Loss is a delicate subject and if the designer has the ability to wring tears out of their audience with a powerful expression, then they have succeeded in creating a moment. I think of Rei Kawakubo’s Comme des Garçons ‘Ceremony of Separation’ collection in 2014 which was a tearful experience for many attendees. Phoebe English’s narrative has always been something personal or political, she’s looked at Brexit in fine detail, and other times she’s looked at the people in her life. Fall 2018 was another foray into personal territory. 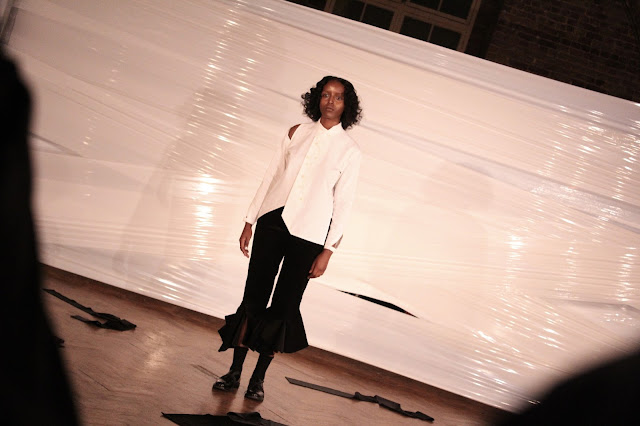 In 2017, English’s grandparents passed away and she spent time at funerals. Her show notes comprised of six snappy lines: “gaps”, “parts that are missing”, “passing over”, “absence”, “scattered individuals”, “monochrome”. English’s selective use of words is something I have long been fascinated with. In her work it is easy to investigate the clothing and match up the words with a look.

She likened it to a visual poem—“different manifestations of loss”—and it was bereft of pretension. Black and white garments reflected the theme in their structure. She reworked classic items like shirting, dress and trousers and spun them in entirely new ways. They were asymmetric, disjointed, torn. Was this the spiral out of control, in the aftermath of loss, or was it the mending process, the resourceful response to new normality? It could be either. Fabrics were distressed, in solemn monochrome. 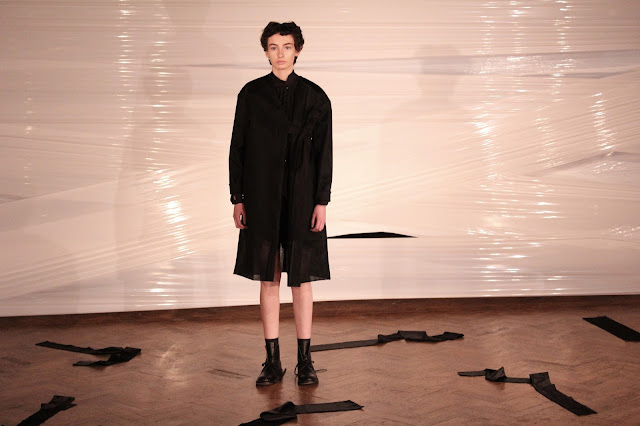 Fashion criticism broaching personal subjects is tricky territory to negotiate. Who is the critic to call out falseness and question a designer’s experience or expression? But what can happen is that the critic can be moved—or not—by the work. There was an alarming sense that your own personal experiences were unfolding before your eyes. In the Crypt on the Green, an underground events space at St. James’s Church, Clerkenwell, it was as if we implicated in a burial process, an examination of grief and entombment of ones loss. It was moving. 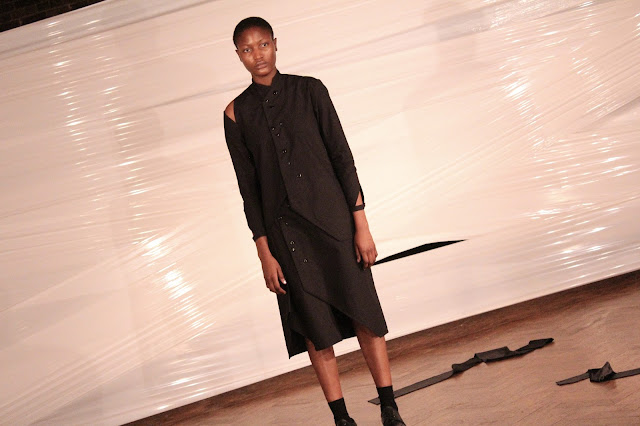 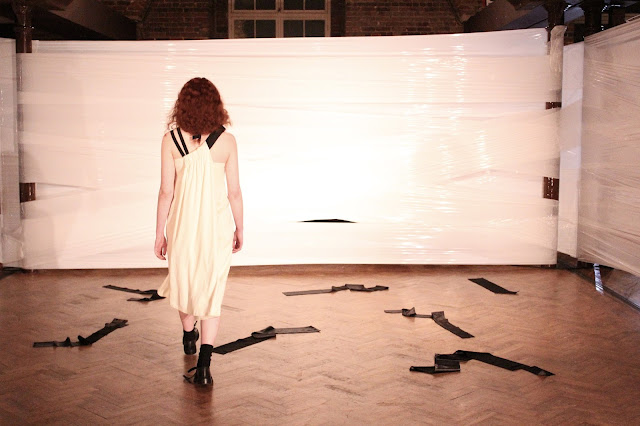 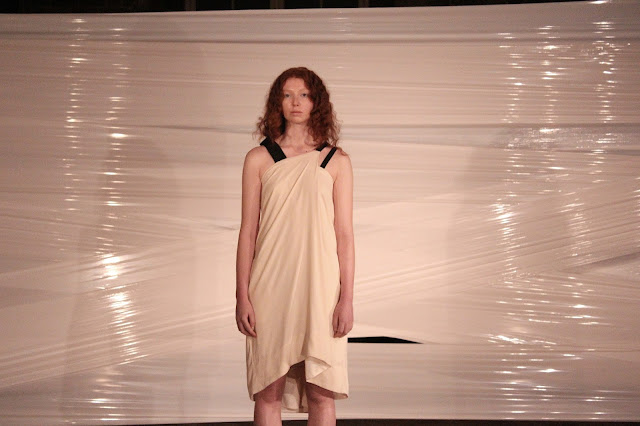 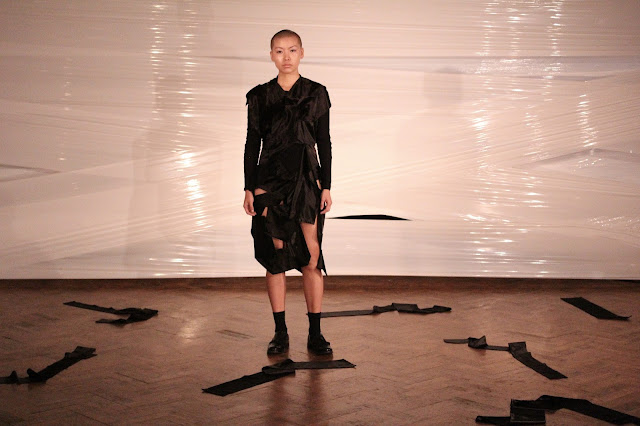 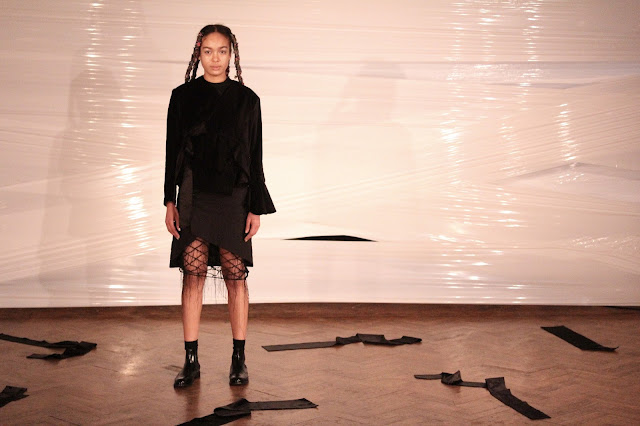 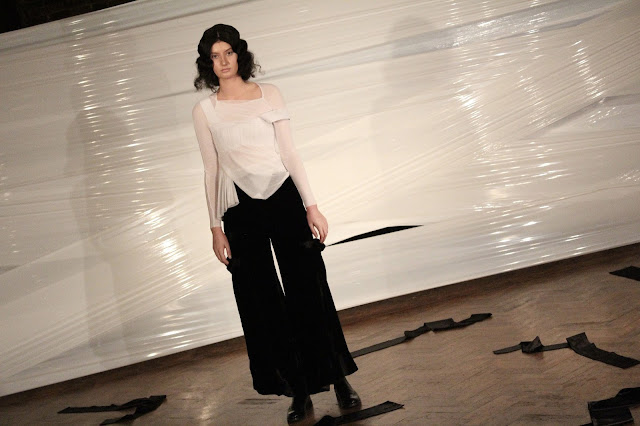