Amy Powney’s Mother of Pearl was the recipient of £100,000 from the British Fashion Council/Vogue Designer Fashion Fund in 2017. The brand’s win should come as no surprise. It has quietly carved a place for itself on the London Fashion Week schedule, notwithstanding its inception in the early 2000s.

The artist David Hockney, a Yorkshireman, was the chief inspiration for Spring 2018 (the brand is one of the remaining see-now/buy-now converts), lending a playful nature to the clothes. (Perhaps Powney took cues from the recent retrospective which received record sales at the Tate Britain, before travelling to the Centre Pompidou in Paris and the Metropolitan Museum of Art in New York.) The Yorkshire landscape provided a fountain of inspiration but it was less Wuthering Heights, it was more the personal style of mismatched patterns, woollen knitwear and standout accessories. She cited A Room with a View’s Lucy Honeychurch and Far From the Madding Crowd’s Bathsheba Everdene—both of these belong in rural south England. Her references didn’t stop there, with Powney marching on with references to Martin Parr photography and Simon Armitage’s poetry. It was loaded with motifs of British culture which on paper sounds overwrought but there was a commercialist simplicity to the clothes that compounded all of it quite well. 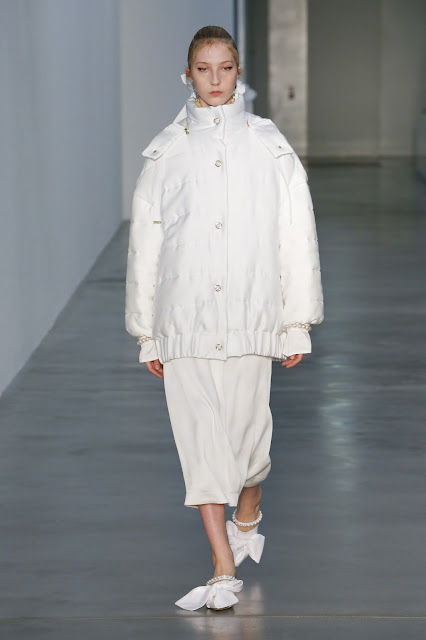 The North of England often finds itself a bedfellow of fashion. Northern identity was explored by Lou Stoppard and Adam Murray, first at the Open Eye Gallery in Liverpool, before launching a recently-closed stint at Somerset House in London. It featured work from Raf Simons, Alasdair McLellan and Virgil Abloh. It investigated the stereotypes which shape perspectives and lives. The class system and sociopolitical affairs wildly differ to those in cities like London. 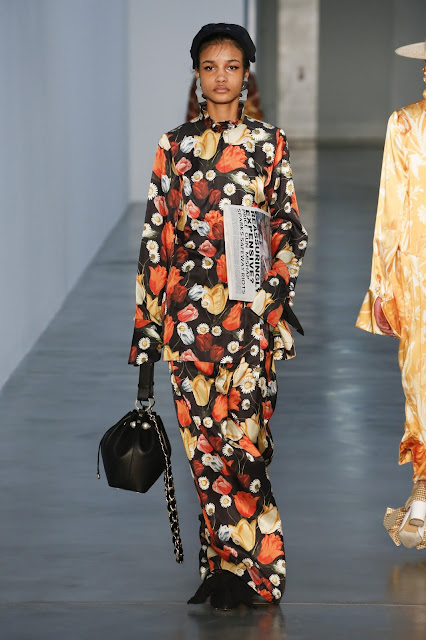 One pondered the intent of overt Britishness. It wasn’t nationalistic, it was too romantic for that. However, as the Brexit proceedings are still unclear, perhaps she thought it was time to evaluate the codes of British identity. What does it mean to be British? She uplifted the cultural touchstones which define British culture, a nod to protecting the creative industries, which will face difficulty in the aftermath of Brexit. 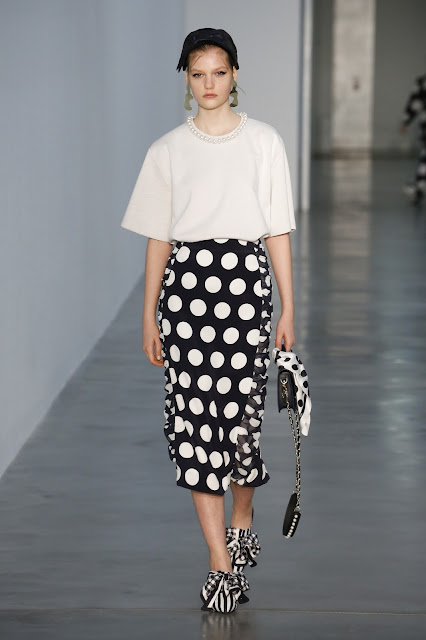 There was room for more tongue-in-cheek responses to Northern culture—think of her take on the puffer jacket which opened the show, finished with epaulettes and pearl wristbands, or the newspaper-carrying model bedecked in autumnal florals. There’s always trouble in glamourising working class culture but Powney veered in a different direction, imbuing the clothing with enough of the house’s DNA to avoid such claims. It was artful and perhaps her strongest outing to date. Better yet, it found a home in the Newport Street Gallery without looking like it belonged there. Newcastle or Newport Street, her formula is tried and tested. 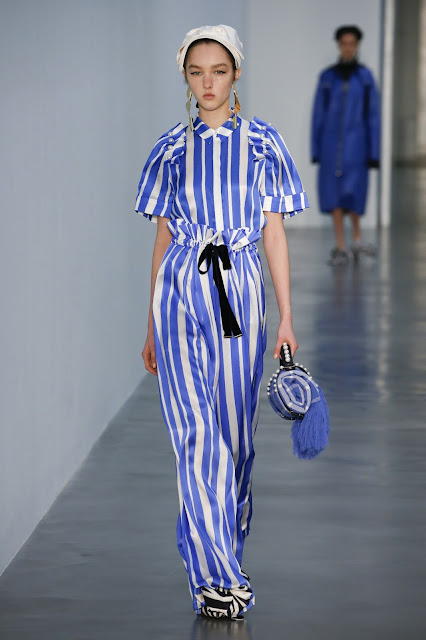