The portrayal of women in the #MeToo era has become a contentious and carefully-tackled challenge at fashion week. Milan Fashion Week raised many points about the role of women in society last week: Miuccia Prada reclaimed nylon and the night for women, in a brave but sartorially confused collection; Donatella Versace curated an 80s-inspired bold-shouldered response to the time with fierce stomps from confident models; Alberta Ferretti was perhaps too outdated, with a chest-bearing looks reflected a vulnerable context in which women were formally subjugated in, culturally. Jeremy Scott’s understanding of women is much-disputed with him often veering into cartoonish territory which is an antiquated and anti-feminist look at women and their role.

He explained to T Magazine: The New York Times Style that his relationship with his models is akin to a director selecting actresses to inhabit characters. Familiar faces such as Bella and Gigi Hadid, Kaia Gerber took the runway as Jacqueline Kennedy Onassis and Marilyn Monroe. (His Hitchcockian approach is similar to the ‘collective’ mentality of Vetements and Tisci’s Givenchy, propagators of gang culture in fashion.) His casting and continual support of women is a sign of his appreciation for women, but it doesn’t always reflect in his clothing. 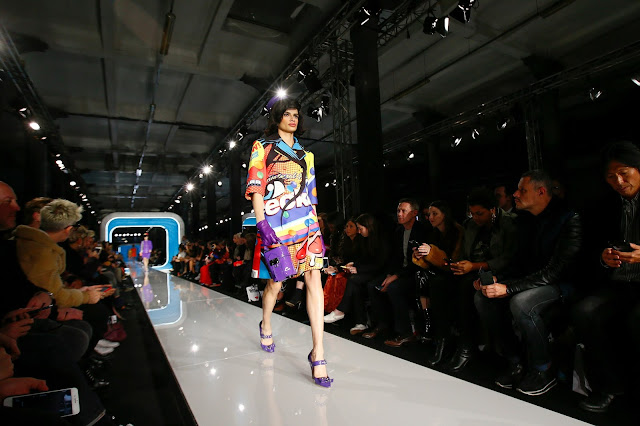 Perhaps his caricature of womanhood does reflect a cultural context in which men’s outlook of women is as outdated as the 60s-inspired pencil skirt and pillbox hats that dominate his runways, especially the deep-seated attitudes of elderly politicians in power. After all, Mr. Scott’s sardonic social criticism is what makes him the kind of designer who—despite what people think of his exploration of women’s fashion—is continually followed by the fashion press and buyers. This season’s womenswear first considered the Trumpian times in which we live, one where scepticism and conspiracy is currency, before reverting to the 1960s when President John F Kennedy was in office. It considered the original conspiracy theories—the moon landing, specifically.

The pageantry of Jackie O’s skirt suits and Marilyn’s dresses were rendered in saccharine candy colours, matching the polished wigs in chestnut brown and honeycomb blonde. It wasn’t so much about the divide between two women, both controversially bedfellows of the former president, but the divide between two style tribes—the lady who lunches and the bombshell. Some models were daubed in colourful body paint for an extraterrestrial twist, infusing proceedings with Mr. Scott’s typical brand of literal interpretation. The bluntness of his time suits the proliferation of social media, with instantly recognisable imagery demanding attention. It also nods to the simple-mindedness of contemporary culture and the dearth of subtlety and nuance.

By the end of it there was a slew of ballgowns, including one in a splendid shade of seafoam on Gigi, assuming the role of Marilyn. But the most special look in this portion was Joan Smalls in a black trouser-suit with a silk bustier, knotted at the waist. Mr. Scott has a knack for covertly injecting his show with a sense of modernity. It’s a show that professes an ideal of women that is questionable, for the most part, but upon further inspection, and as aforementioned, maybe that’s the point.


Moschino collections are great at highlighting the unabashed frivolity of fashion. It’s comedic approach is a cornerstone to the house’s activities and it often acts as a deterrent, given fashion’s usual stern countenance. This isn’t that. He is a storyteller at heart. Fashion is sorely missing more of them. 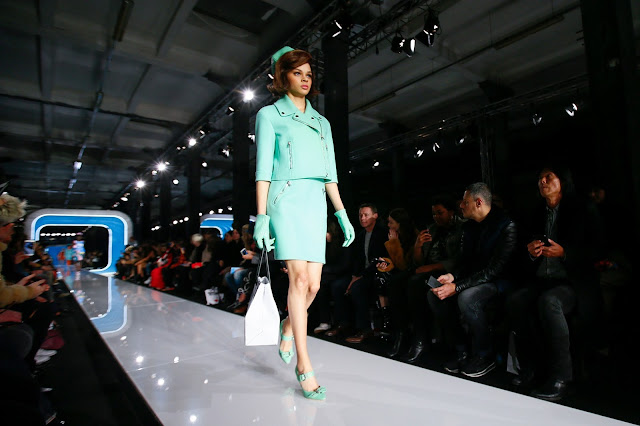 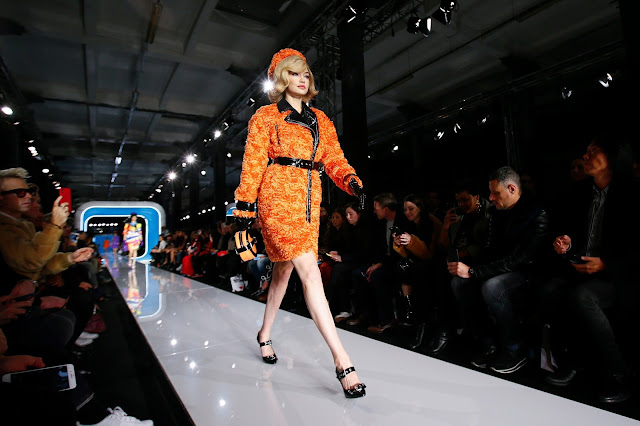 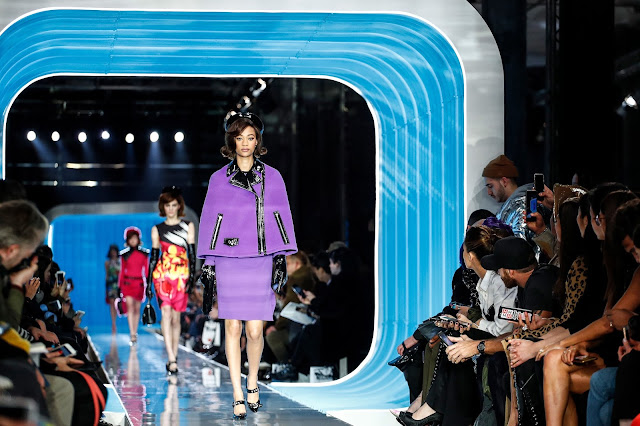 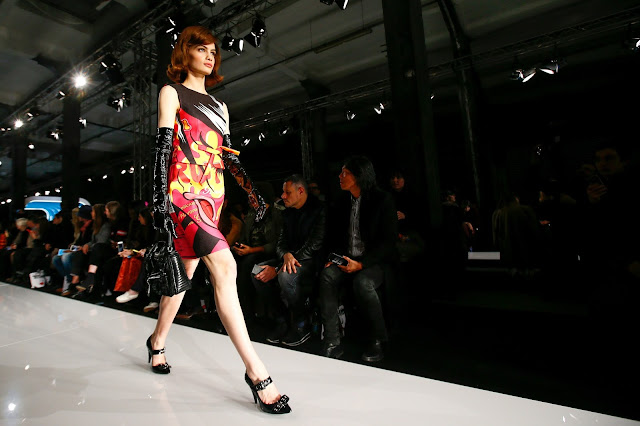