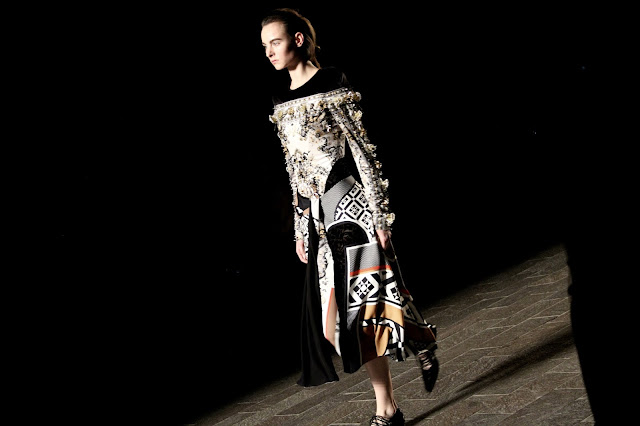 Mary Katrantzou’s Sunday night show was befell by the fur protestors who disrupted London Fashion Week last season. There was a heavy police presence at Granary Square—where the show took place at Central Saint Martins (where Ms. Katrantzou attained her MA degree in womenswear)—but that didn’t stop one woman from storming the runway, bellowing “shame on London Fashion Week,” as the first model emerged. One isn’t quite sure whether the protestors were aware that Mary Katrantzou uses faux fur throughout their collections, or whether they were just targeting the fashion industry in general… However, for this critic, nothing can take away from the clothes.

Ms. Katrantzou’s creation of spectacle differs to her contemporaries. There were extravagant set pieces at LFW—swinging lights, a kitchen, an autumnal haven amongst them—but here there is a preference for surface decoration, prints, embellishment, sculptural silhouettes. 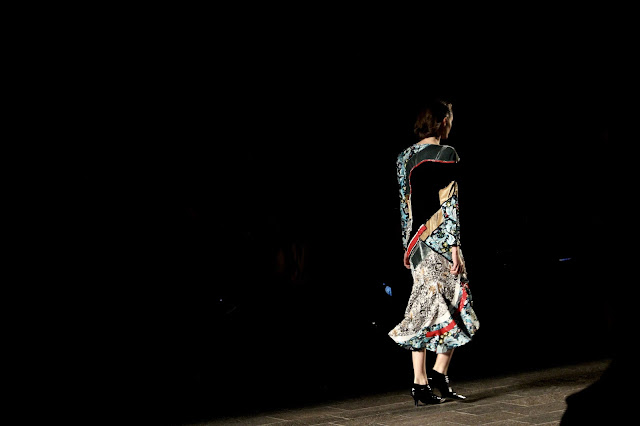 “A fusion of the Bauhaus and the ostentation of high Victoriana” was her starting point: she studied the connections between modernism and its roots in the Victorian age. Her references stretched from the Weimar Republic to William Morris. Floral graphics, geometric prints and poster lithographs appeared on asymmetrical dresses and finely-tailored, polished suiting. The entire collection based itself on the contrasting principles of Bauhaus and Victoriana: “ornamentation is crime, versus ornamentation is everything.” Consequently, the ensuing collection marked the line between the decorative proclivities of the Victorians and the geometric prints of the modernists.

Also modern: the lack of floor-sweeping gowns. Despite the BAFTAs taking place at the Royal Albert Hall, Ms. Katrantzou eschewed from her tradition inclination to present evening gowns. Trousers aplenty, asymmetric dresses and ankle-grazing hemlines were perhaps her greatest representation of women to date. It provided them with sequin-embroidered shimmering options but also pared back prints in parkas and structured jackets replete with a frisson of excitement. 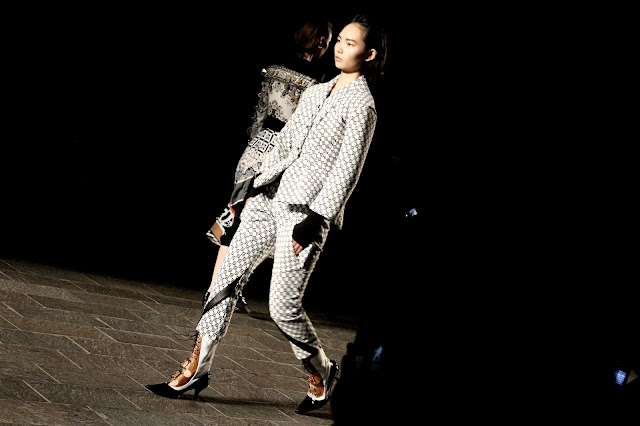 There was a brilliant flashback to one of her first collections, Spring 2011, when she presented the memorable lampshade dresses and skirts. They reappeared here, with crinoline hips and cinched waists. There was confidence in this self-reflection; it displayed her architectural prowess, after all, she is a graduate of the Rhode Island School of Design in the subject. There were other pieces which reminded one of her cosmic exploration of Spring 2016 and the surface decoration explosion of the season previous. It was where the clothes were most successful, with Ms. Katrantzou expressing herself in familiar terms. She also conjured a faux-leather bomber jacket which resembled a tufted sofa.

The show closed with The Cranberries ‘Just My Imagination’, an honourable homage to the late Dolores O’Riordan.


Mary Katrantzou’s imagination is boundless, and she continues to prove it. 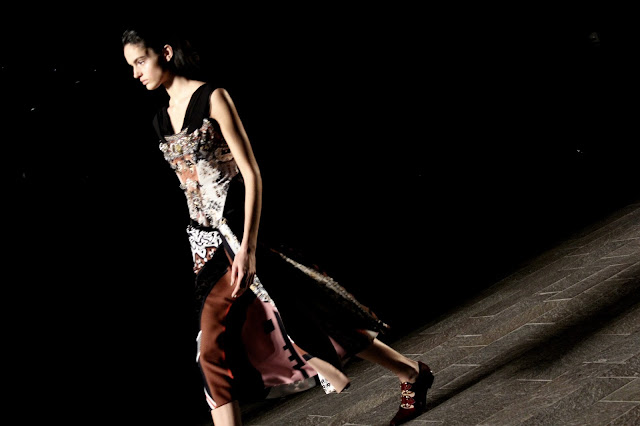 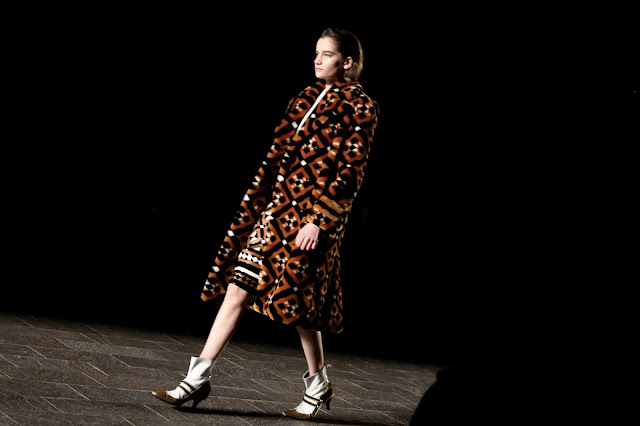 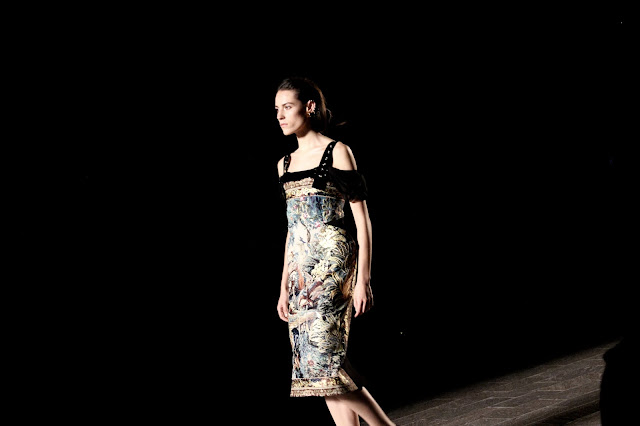 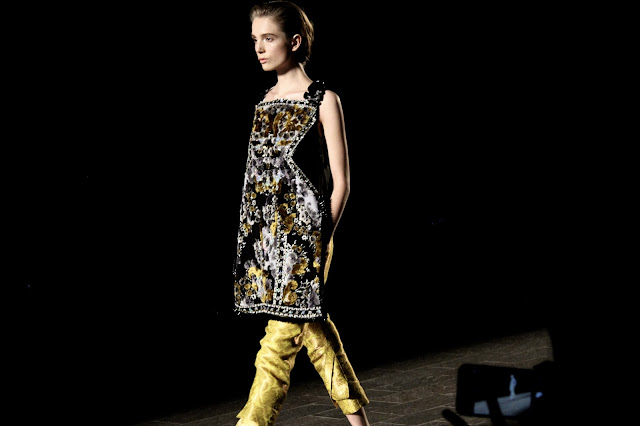 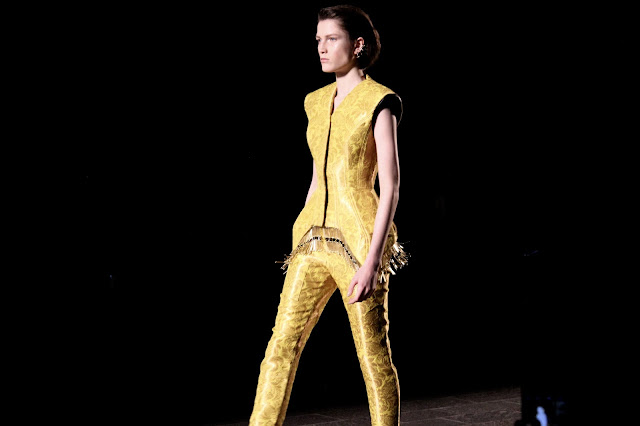 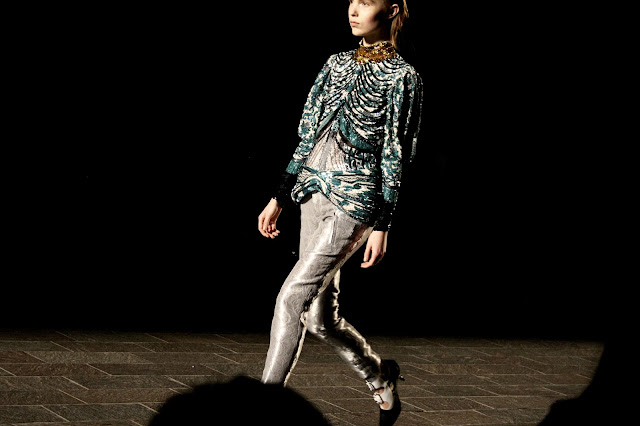