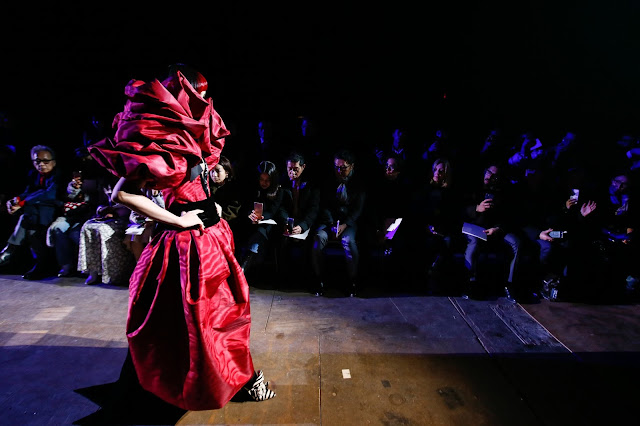 The beleaguered fashion press had to suffer through a week of pointless fashion shows (with a few exceptions to the statement) in New York before they got to the bread and butter of their visit to the American city. Calvin Klein and Marc Jacobs were undoubtedly the best of New York Fashion Week, not that it took much for them to claim such titles.

Plunged into darkness at the Park Avenue Armory, the week ended the way it began: with 80s excess. Tom Ford’s outing at the beginning of the week was marked by the vulgarity of the epoch, through his usual sexed up, bejewelled lens. For Mr. Jacobs it was tapping into his love of dramatic, the spectacle of fashion. 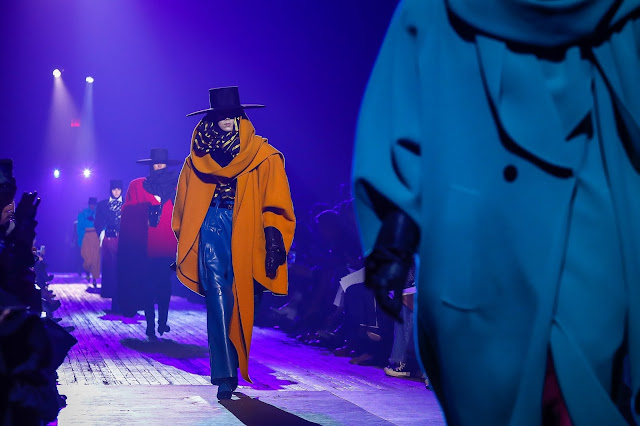 There was bit of Comme des Garçons but mainly Emanuel Ungaro, Claude Montana, Thierry Mugler, Yves Saint Laurent, Christian Lacroix. What fashion loves most about references like these is they represent a period when fashion was about fashion, not just commerce and social media. Creativity was valued more then and hearing stories about times like that is a harbinger of doubt—will fashion ever be like that again? Few are honest in their homages anyway but Marc Jacobs loves fashion, so these names come as no surprise. (Something similar happened at Vaquera, where fashion fanaticism was presented in shirts with illustrations of Miguel Adrover, Andre Walker, Vivienne Westwood and Martin Margiela.) 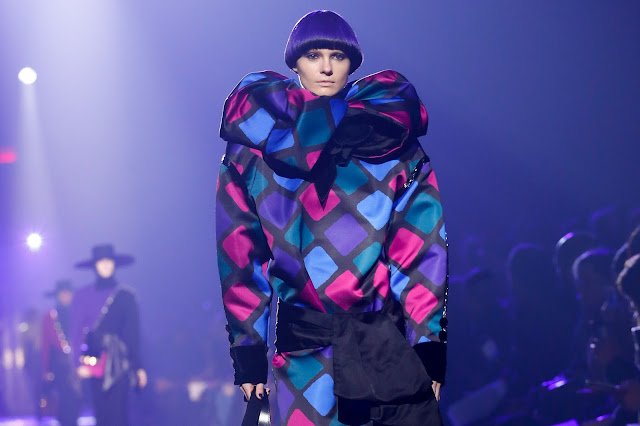 Rosettes were enlarged; coat proportions were wildly disproportionate to bodies and it reminded one of the mordant commentary Thom Browne ran on the fascination with extreme proportions. Of course, at Marc Jacobs it’s more about normcore rather than a theatrical takedown of thoughtlessness in the industry. It has to be in this time, based on the fact his business isn’t performing as well as it once was, as a reliable cash cow for LVMH. Despite all the noise surrounding the business side of things hasn’t inhibited him from flexing his creative muscle. Case in point: this season. Broad shoulders, cinched waists, big hips, skin-tight, skin-repelling, explosions of fabrics. Magenta, sapphire, citrus, emerald, teal, charcoal. It was excessive and it was delicious.

There’s something about the theme of excess can inspire disgust, as it did at the perversely glamorous Tom Ford. But at Marc Jacobs he makes it so recognisably glamorous and unavoidably fabulous, you can’t help but relish in the extravagance of everything. It also expressly reflects the times, the Trumpian turmoil plaguing the sociopolitical realm, which is rather depressing. But ultimately what New York Fashion Week has tried to convey, Marc Jacobs among them, that it’s okay to look pretty when you cry. 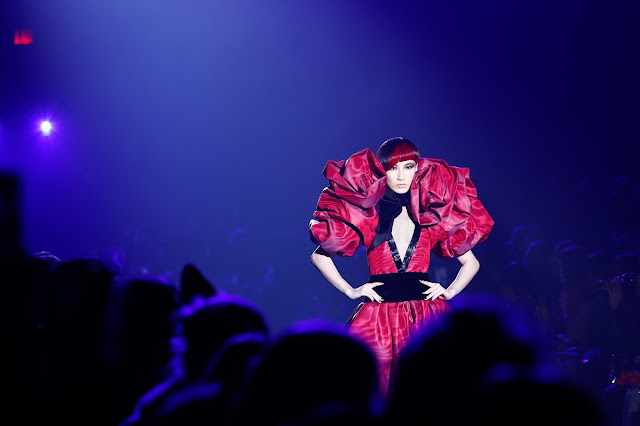 Posted by Paulidoodles at 1:10 PM