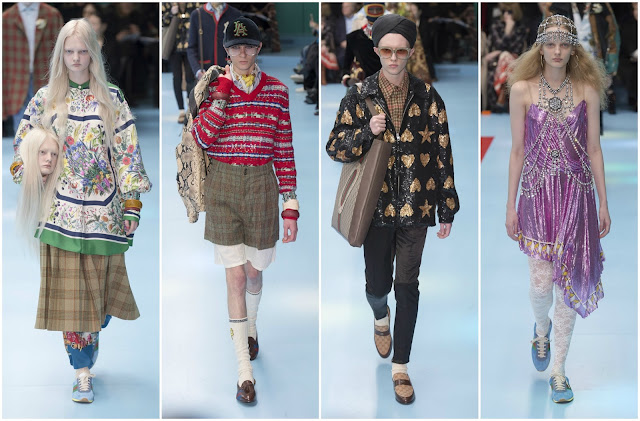 Alessandro Michele’s meteoric rise as Milan Fashion Week’s kingpin has transformed the fashion landscape in Italy—his influence has circumnavigated the globe, in all honesty. The precious ostentation of his work is a maximalist catnip and a rebellion against the ‘stealth wealth’ movement that emerged towards the end of the last decade, heralded by Phoebe Philo’s successful tenure at Céline. Mr. Michele’s arrival not only shocked the system with its cheerful colouration and decadent design but for its enthronement of a relatively unheard name that made waves in January 2015, when he took his first bow at the menswear show.

Three years on, sales have surged and the brand is perhaps the most sought-after brand; it has developed a strong, recognisable visual vocabulary and its collaboration with Dapper Dan and links with A$AP Rocky, Jared Leto and Florence Welch present it in a new light to contemporary culture, positioning it as more relevant, more attractive. However, the visual language with which Mr. Michele expresses himself through—and oh my, is it fluent!—is about consistency, repetition and steady growth. Nobody attends a Gucci show to be shocked anymore. His maximalist inflections aren’t particularly surprising and the main draws of recent collections have been plunging the audience into a purple haze—a subterfuge for those unchanging clothes-which was particularly frustrating for fashion critics. 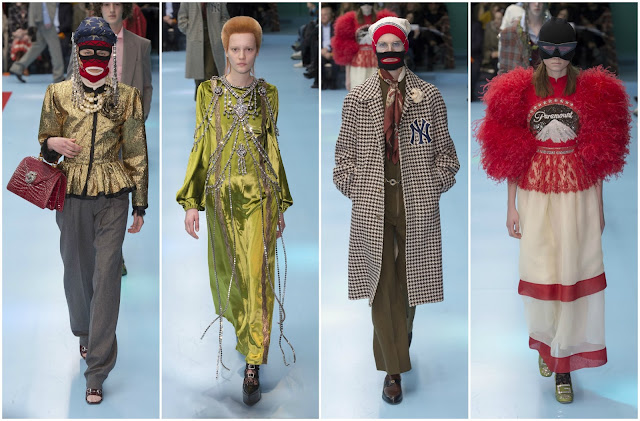 For Fall 2018 the turquoise show space was brightly lit and bathed in a blinding surgery light. The centrepiece was a doctor’s office light fixture and bed. Undoubtedly, it stands for a metaphor for Mr. Michele’s overhaul of the house, his renovation of outdated codes and total reinvention of the brand into something worth paying attention to again. It also acted as a precursor to the show that was to be presented. It concerned itself with the notion of mutability, the act of changing oneself physically. Models emerged carrying severed heads, baby dragons, snakes; some had three eyes, others featured eyes on their hands. It was all terrifically strange and weirdly wonderful—it was bold and one found it difficult to simply label these as ‘Instagram moments’, it rejected cynicism. There was a joy and intrigue in the peculiar.

It was rendered in surgically precise manner, with regards to silhouette and cut. Beyond that it was difficult to narrow down the references and discern a specific mood. It appeared Mr. Michele had amalgamated every subculture under the sun in this show. It captured the zeitgeist. It was a comprehensive portrayal of our society, as a whole, acting as a Gucci-lensed microcosmic display of what the world looks like. There were skinheads, debutantes, glam rock doyennes, puritan practitioners, sports nuts (accompanied by a licensing deal with Yankees, using their logo on Letterman jackets and backpacks), counterfeit culture, preparatory uniforms, granny chic and dadcore, Game of Thrones nods, ugly footwear, skate culture, queer culture by way of historical dress. No stone was left unturned. It disembowelled every trend known to the human psyche and commercialised it, fabricating a treasure chest of merchandise that will succeed as it has down for the past three years.


We live in a trend-driven culture and considering that, Mr. Michele exposes the framework of society and spotlight the variety of characters. Variety is the spice of life but also the impetus of his work. And from a business perspective, it’s an ingenious move to deploy such a broad range of characters with the saleability of such a proposition. There is no denying that Gucci leads the trends. The rest of us merely follow. 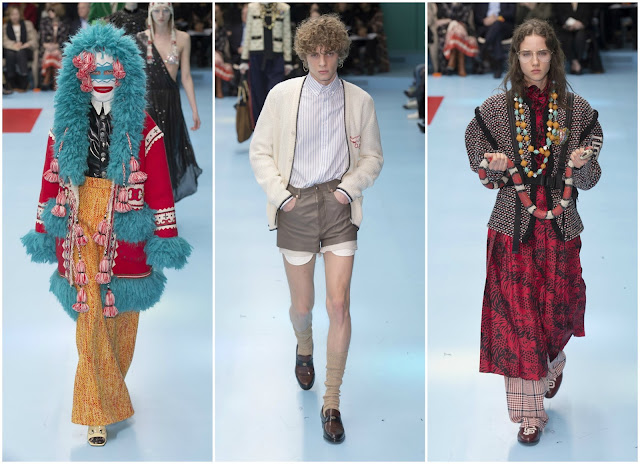