New York Fashion Week is upon us and the fashion landscape has officially faced a seismic shift. Alleged perpetrators of sexual misconduct have been banished by publications (finally!); the tolerance of transphobia, homophobia, despite a person’s pedigree, has diminished to the verge of nonexistence (finally!); laws surrounding model welfare are now clearly defined (finally!). As always, the industry has taken a long time to come around to these changes, however given the sheer size of the #MeToo and #TimesUp movements last year, it was clear the sentiment had finally hit home with the industry kingpins.

The industry could also possibly be undergoing structural change in the future: The Council of Fashion Designers America, fronted by Steven Kolb, organised a report which revealed “a small group of designers came together at the CFDA to discuss shifting their shows to June and December and combining their main collections with pre-collections” in a profit-maximising effort that would benefit both the consumers and designers. Alexander Wang is expected to be amongst those partaking, as the designer will officially pull out of New York Fashion Week after his show on Saturday night. 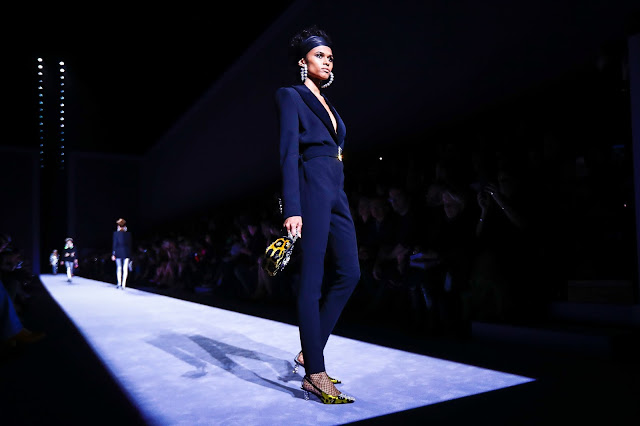 Meanwhile, the womenswear shows began on Wednesday evening. The recently christened New York Fashion Week Men’s was clipped onto the week this season, given its neither-here-nor-there placement between the European men’s shows and the womenswear schedule. Raf Simons was one of the few worth talking about. His show was about the cultural fetishisation of narcotics with proceeds of the collection going to drug addiction recovery centres. Inspired by Christiane F, Cookie Mueller and Glenn O’Brien’s play, his show was rave-tinged and evidenced a keen eye for merchandising as always; it disseminated subcultural ideas and steered clear of glorifying drugs. (Elsewhere, there were stilts at Laur; an attendee indulging in a joint at Death to Tennis; a model shaving their head at Landlord—none of these antics are even worth blabbing on about: they’re passé, one barely cares enough to give them the time of day.)

What better way to reflect these times of mass-consumption, narcissism and decadence than with 80s excess. Who better to opine on the subject than two of vaunted American contemporary fashion designers, Tom Ford and Jeremy Scott. Mr. Ford’s angle was all about 80s exuberance, a bedazzled  paean to the elite of Beverly Hills with ample sex appeal. Leopard print was encrusted, in shades of crimson, lime and chartreuse. Shoulders were pointed, trousers were skinny; sleeves were inflated and handbags were emblazoned with embellished ‘Pussy Power’ slogans. His show evidenced the power of defaulting, playing to ones strengths, creating familiarly fabulous clothes for fabulous Rodeo-destined women. Whereas Jeremy Scott took a more kitsch angle, delivering his club culture-inspired outfits with cropped candy-coloured bobs. Velour tracksuits, trompe l’œil two-pieces and sequin dresses stood out in his campy défile. Both shows also examined the power of punchy, unabashed femininity, something that felt especially pertinent in the #TimesUp era. 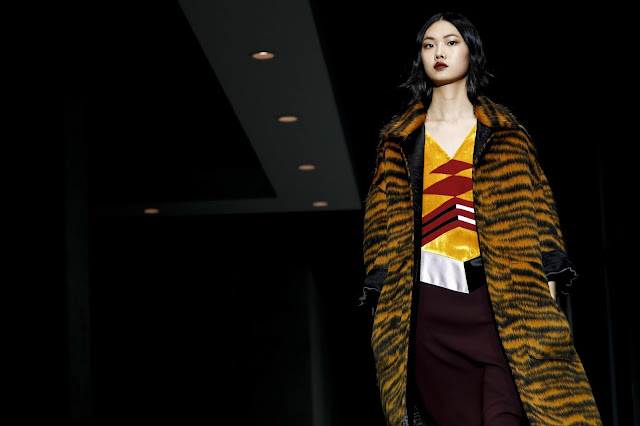 Tomas Maier brought Bottega Veneta from Milan to New York this season for a one-off decampment to acknowledge the opening of their flagship store on Madison Avenue—the brand transformed three 19th-century townhouses, ensconcing their luxurious dealings in a 15,000-square-foot outpost. Bottega Veneta is the pinnacle of old-world luxury and the theme of excess reappeared again—although it is a prerequisite at Bottega Veneta. With all those silk pyjamas, animal print coats and velvet evening gowns, one wondered would First Lady Melania Trump select something, to extend her dissemination of decadence, an insight into her life as a member of the upper class.


WASPy chic is what many New York designers specialise in. The old guard—Carolina Herrera, Oscar de la Renta, Ralph Lauren—are all welcoming new creative directors, and also among the new guard are the entrepreneurial upstarts which have become mainstays and marquee names of the week. Jason Wu has been in business for over ten years and his business now includes eyewear, fragrance, accessories and a diffusion line. He is favoured by Michelle Obama and Hollywood actresses. However his collections no longer pack the same punch they did years ago, they’re confused and lack a discernible point of view. One thing that became strikingly clear is his vacillation between a mature set and the millennial—who is he trying to appeal to? His indecision of late has been his detriment. Furthermore, there is the husband-wife duo at Brock Collection carving a place for cinematic romanticism. Their work was darker, sexier than usual but it undoubtedly referenced Erdem, Alexander McQueen and Oscar de la Renta too much.


Concluding the day was Becca McCharen-Tran’s Chromat. Fashion’s view of women isn’t progressive at times—it objectifies them, it reduces them to a hanger on which clothing is presented, or worse still, forces them to conform to strict perceptions of beauty. However, at Chromat women of every size, colour and gender identity walk. Specialising, but not limiting herself, to swimwear has allowed McCharen-Tran to become the face of a new generation of no-bullshit female empowerment. It isn’t contrived—it’s honest and meaningful, and in a time of revolt, a body positive explosion of colour and energy can achieve more in ten minutes than a flowery press release and mediocre clothing could ever imagine. 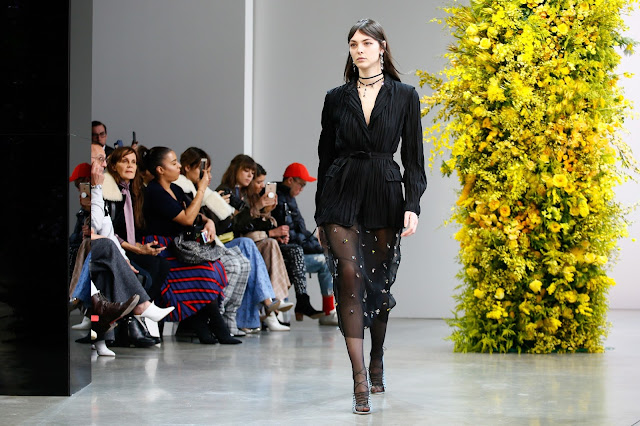 Posted by Paulidoodles at 10:00 AM