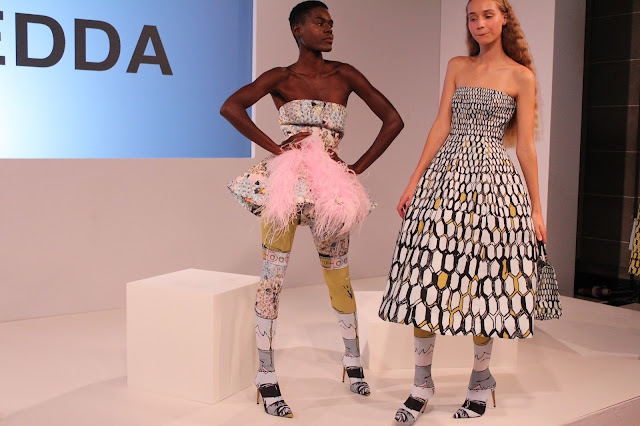 Norwegian designer Edda Gimnes was awarded the Merit Award by Fashion Scout, a £20,000 grant to be spread across three seasons. Her label, the self-titled Edda, presented its Spring 2018 show at Freemasons Hall at London Fashion Week in September. Not only this but among her patrons is Alber Elbaz, the former creative director of Lanvin, who extolled her in a recent article in the New York Times, before last season’s fashion week. Readily apparent is his affect: Gimnes is heavily influenced by illustration, this season rendered by her non-dominant hand, a technique she mastered while studying at the London College of Fashion. Elbaz, similarly, deployed similar techniques—famously, his sketches bear a childlike sensibility that also permeates Gimnes’ oeuvre.

Contending with the scrutinising eye of the fashion press, Gimnes worked restoratively, imbuing fun into fashion, while also paying homage to the women who “embraced their femininity without compromising their independence.” They included the actress, recluse Greta Garbo; the English photographer Yevonde Middleton, whose contribution to portrait photography consisted of the seminal use of colour; and Edwina, Countess Mountbatten of Burma, a socialite and relief worker who raised money for the British Red Cross and St John Ambulance Brigade. Often is the case with shows that the feminist meaning printed in the supplementary script doesn’t appear in the clothing. Scanning Gimnes’ show, during the quirky static presentation, and after, examining my photographs—having researched the women, the conclusion this critic drew was Ms. Middleton’s photographic exploits were the most influential in the development of this season’s output. There were minimal responses to the understated glamour of Ms. Garbo or Countess Mountbatten. 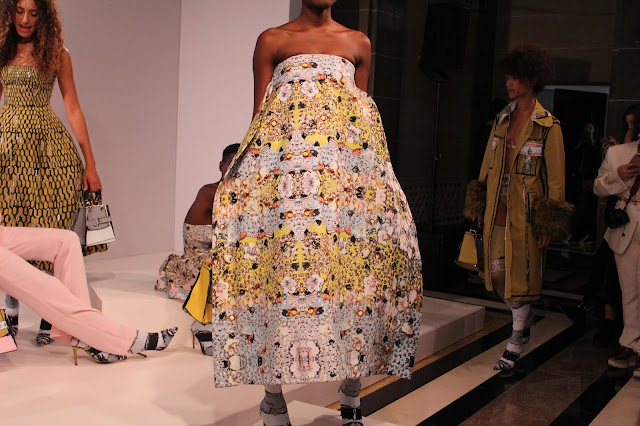 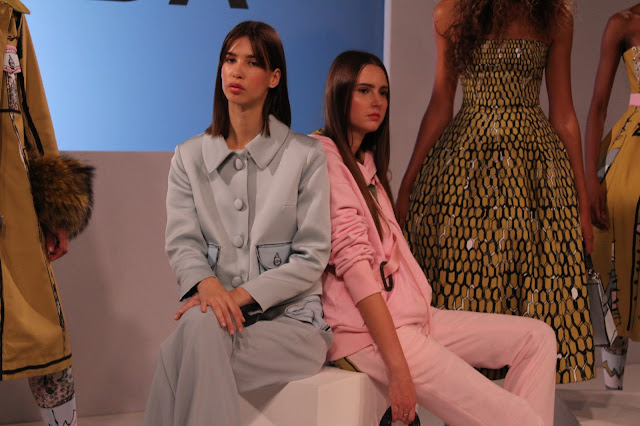 ‘High society’, more broadly, a milieu common to Gimnes’ inspirations, would’ve been a safer line to run with. The clothing, borrowing the silhouette of the 50s, sought inspiration from the bygone era and Gimnes’ filtered her response through her amusement park of an aesthetic, with graphic illustrations adding amusing two-dimensional patterns to the fabric (which, one must admit, needed improving.) The most extravagant of them all was a bathing suit and an oversized sun hat. Conveniently, a wind machine provided the dramatic effect of a billowing cape, floating in the model’s wake, giving her an otherworldly air of opulence.


This isn’t Gimnes’ debut, nor will it be remembered as her best collection. However, it establishes her in the minds of a wider audience. It also exposes her strengths and weaknesses as a designer. Strengths: her command of illustration, she is a fabulous technician of the pen; the 50s silhouette, for now, could be a possible route that could prove bountiful. Weaknesses: fabrication, some of the ones used looked rather cheap, it contrasted with the intended elegance of the show, like gold against silver; colouration—the discord between the sophisticated hues of mustard and grey with Pepto Bismol pink. It’s too soon to offer a finite comment but, one hopes she eschews from the sanitised setting of a nondescript show space. Towards the end, models floated amongst guests, they looked at one with the glamorous Art Deco enclaves of the Freemasons’ Hall. 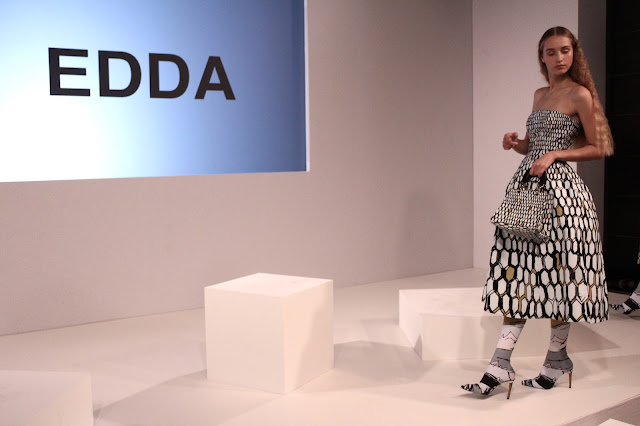 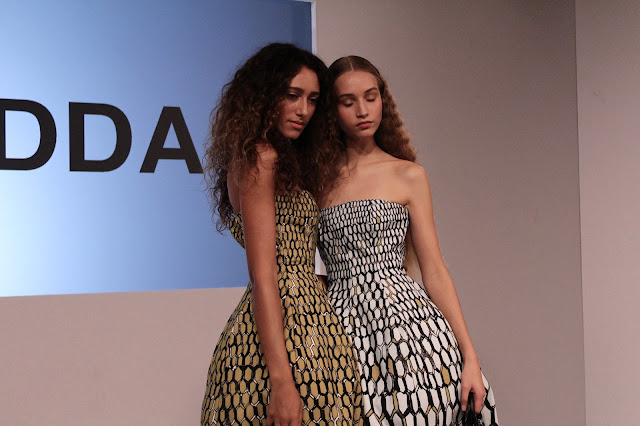 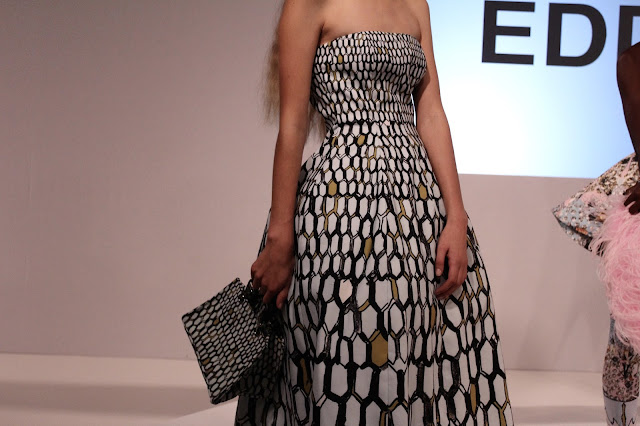 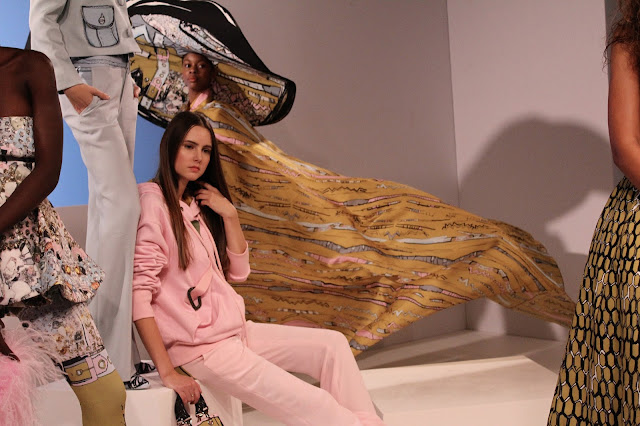 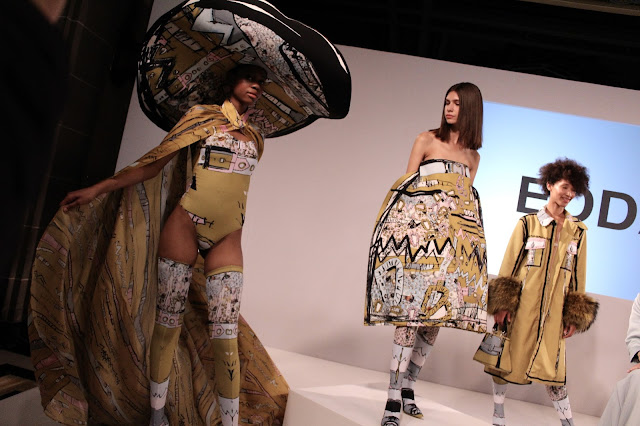