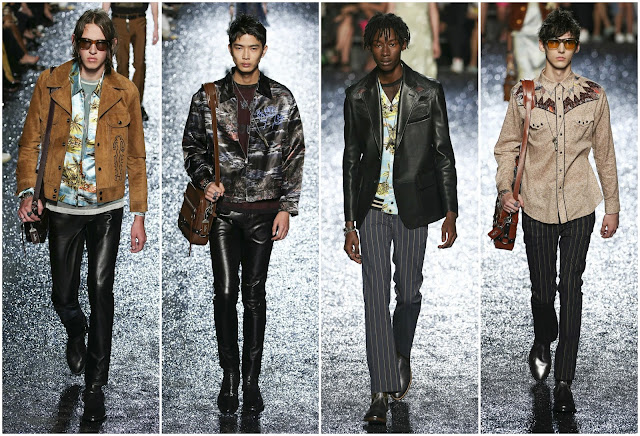 Stuart Vevers has been at Coach for a number of years now and he’s ushered the brand into a period of commercial success. When he first arrived, sales were floundering but now they’re on the up and with Selena Gomez fronting the advertising campaigns, they are attracting a younger customer. His aesthetic has been one that has fetishised the different corners of Americana—skate culture, the landscape of collegiate sporting, the northwest and the wild west, the midwest and hip-hop-influenced Harlem. 1970s New York has stuck with Vevers, whose Spring 2018 collection was inspired by the “glitz and grit.”

The 1970s in New York were a difficult period for the city, the state. There was an economic recession crippling industrialism, unemployment was rife, crime was prevalent.  However, artistry was its finest during the decade. Musician Lou Reed was pioneering glam rock, writer William S. Burroughs was a primary figure of the Beat Generation, Andy Warhol was continually exploring Pop-art. Vevers wanted to channel the above three men into the menswear portion of the collection, which consolidated both menswear and womenswear. Discussing the menswear is perhaps more worthwhile, simply just to spotlight it—menswear is often an afterthought in dual-gender shows. One finds the menswear at Coach prioritises clarity much more than the oft-desultory womenswear. (The womenswear on this occasion was fine; Vevers rebuked the idea of ‘evening wear’ but acknowledged the notion of ‘dressing up’.) 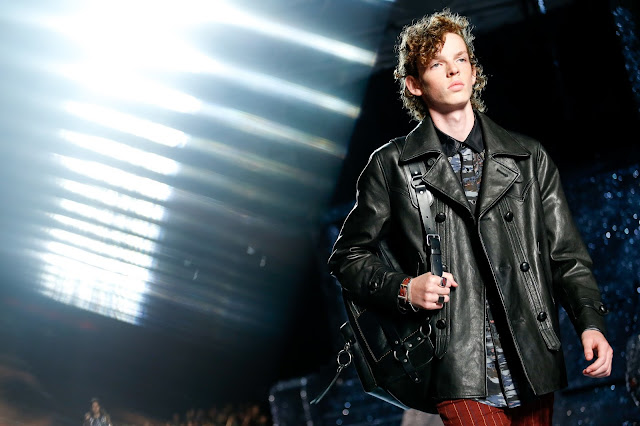 The artist Keith Haring was the primary reference for the whole show. His squiggly lines, cartoon-esqe creations are currently on display in ‘Keith Haring Posters’, running until 5 November 2017 at Museum für Kunst und Gewerbe Hamburg. He was one of the more prominent artists at the time, esteemed for his social commentary—his work was heavily influenced by the HIV/AIDS epidemic of the time, musing on birth, death, sexuality. His prints were used expectedly, as centrepieces to the meat and potatoes of Coach collections—t-shirts, jackets, accessories. They certainly made those pieces appealing, adding a certain, necessary energy to them.

Lou Reed, one of the only American artists to succeed in the nation’s take on glam rock. These clothes, with their obvious glam rock references paid homage to him. It was an exercise not in handpicking and carefully curating references but in picking the most famous ones and presenting them in conventional fashion.

There was a fascinating article by James Ledbetter on The New Yorker recently, entitled ‘When British Authors Write American Dialogue, Or Try To’. It examines the conflict between the writers’ characters’ dialogue and the authors’ origins. “Readers don’t want to be distracted, either by egregious errors or impeccable research.” This wasn’t impeccably researched. Nor were there many egregious errors. It roughly outlined the epoch without offering too much of a comment. It glamourised the glitz and grit. It was one of Vevers’ finer attempts but one longs for him to really sink his teeth into American history—ostensible design isn’t thoroughly engaging. 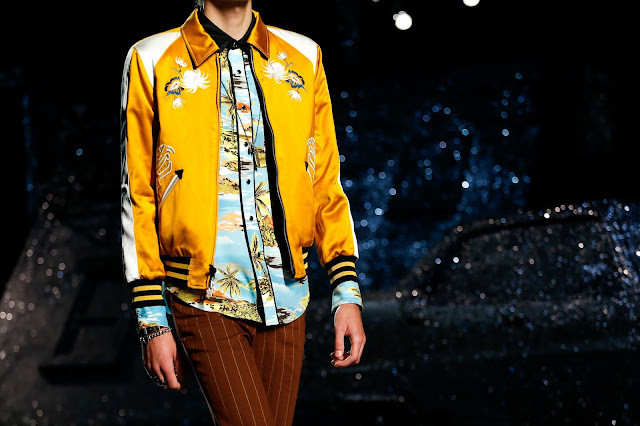