Consider Roberto Cavalli, an Italian luxury fashion house, and its flamboyant femininity, sex appeal and penchant for maximalism. Who better to succeed the namesake designer than Peter Dundas, right? The Norwegian had a prowess for early aughties disco glamour at Emilio Pucci, where he captured a moment in time effortlessly. His tenure at Cavalli was short-lived, spanning three seasons. His successor is a little-known British menswear designer whose held stints at Z Zegna and Acne Studios. It’s a rather bold move, the unknown, but his Milan Fashion Week debut last weekend stood for something positive: the modernisation of the Roberto Cavalli brand.

A fresh start, but where would he begin? Surridge’s show space was an anonymous white hall with views of lush greenery outside, the daylight poured in. He captured the bohemian aesthetic Cavalli popularised since his debut and streamlined it. It’s not exclusively for the ostentatiously ritzy, he’s managed to tame the brand’s fiery spirit. 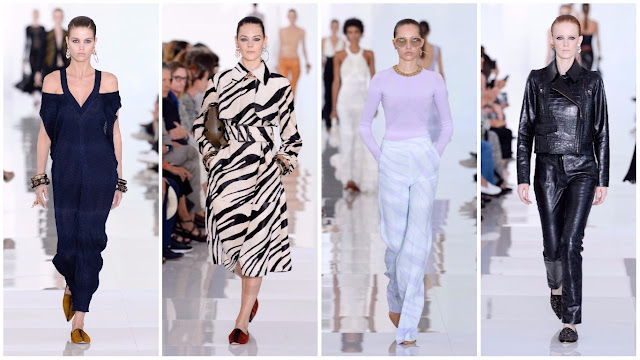 There were some looks during the Dundas era, and even the eponymous Cavalli before him, that didn’t look like they would sell in stores. Frankly, many of them were garish. They lacked a certain vitality which even the velocity of the models couldn’t rectify. Here, Surridge engaged with the middle ground between minimalism and maximalism. The opening look, on top model Luna Bijl, was an ankle-length halter dress with a deep neckline and exposed shoulders; it was coloured in midnight blue tie-dye. For Cavalli, it was quiet, a departure from the loudness of yore, but it bore integral Cavalli components: print; sex appeal; it oozed femininity. Ditto, his zebra print dresses and jackets—he explored the house’s affinity for animal prints and subdued it. There were no feathery frocks; in their place, red and navy zebra print.

There is work to be done concerning the fusion of the modernist and decorative bohemia. The two disparate concepts didn’t gel as sublimely as intended. A lilac top and lilac zebra-print trousers were a success. Comparatively, crocodile trousers and a lace top with leather bustier looked cheap, overwrought.


The goal here is to expand the customer base—as it always is with these new appointments in the industry. Surridge’s debut was subdued and subtly sexy. It was a starting point and one hopes he is afforded the privilege of designing here for more than three seasons, as his modern and refined approach to the house’s archive should be granted an opportunity to develop. It’s positively the most interesting thing to come from Cavalli in years, even if it was dull in parts.
Posted by Paulidoodles at 6:00 AM