As ever, the fashion industry is in a constant state of change. Executives, designers, writers, photographers are endlessly enveloped by a revolving door, a conveyer belt of positions aweigh. There have been many designer exits and hires in the past six months and they will all be spotlighted in the coming weeks when the labels present their Spring 2018 womenswear, or joint womenswear and menswear in some cases. Predominately, changes are afoot in Paris with four of the recent switch ups taking place in the French capital. Elsewhere, Milan sees the emergence of two new creative directors at storied houses with a history of short designer turnarounds.

Lanvin
Out: Bouchra Jarrar, one year
In: Olivier Lapidus

Never has one heard a statement more depressing than Shaw-Lan Wang’s aspirations to transform the historic French label, founded in 1989 by Jeanne Lanvin, into “a French Michael Kors.” Not to denounce or diminish the empire Michael Kors has established in America, but for an owner to aspire to that in the context of the brand’s creative output is rather depressing. The proposed shift will be spearheaded by Olivier Lapidus (former designer of Balmain’s menswear) who replaces Bouchra Jarrar, the couture designer. Jarrar only joined the house a year ago. Her tenure spanned four shows, two ready-to-wear, two pre-collections. Her short tenure damages the company’s public image, especially after the fallout following Alber Elbaz’s dramatic firing in 2015. One hopes Lapidus doesn’t reduce a former couture house into the French equivalent of Michael Kors—if that happens, the house’s image will further crumble. 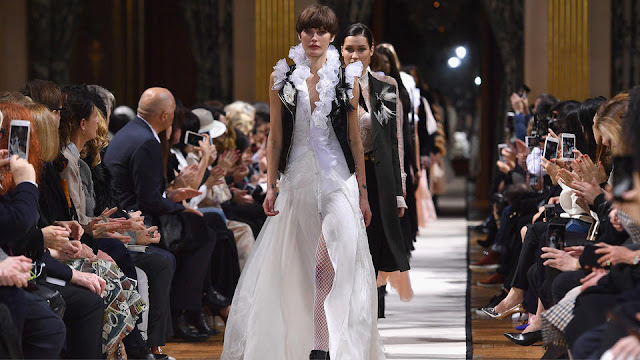 Clare Waight Keller lasted six years at Chloé, comparatively. She followed in the footsteps of Hannah MacGibbon, Phoebe Philo, Stella McCartney, Karl Lagerfeld and Martine Sitbon. Her work was marked by its sophisticated yet playful femininity and requisite odes to the seventies. She did what she did well, and her replacement may usher in a new era of modernity and innovation for the brand. Natacha Ramsay-Levi joins from Louis Vuitton where she was responsible for the translation of Nicolas Ghesquière’s vision to the design teams.

“Chloé for me feels super natural,” she tells British Vogue. She spoke about her intention to develop the Chloé aesthetic organically, not drastically. “I am not doing Natacha’s brand, I am doing Chloé’s brand. The bags have to stay Chloé, the clothes have to stay Chloé.” Perhaps her designs will be bear the same urban and futuristic edges as her previous work at Ghesquière-era Vuitton and Balenciaga did. 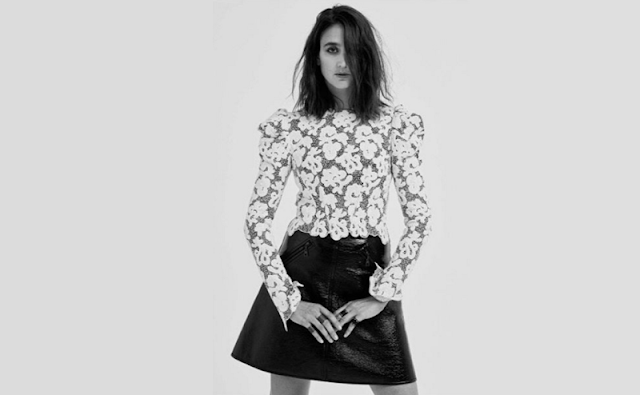 Waight Keller, having exited Chloé, decamped to another Parisian label: Givenchy. Replacing Ricardo Tisci who worked at the house for twelve years, her appointment was unexpected and sent shockwaves across the industry. Rumour had it that Off-White’s Virgil Abloh was eyed up to take the reins at the house; alas, rumours are rumours. There were doubts about Waight Keller whose Chloé iteration was punctuated hyper-femininity and breezy elegance were at odds with the sportswear-influenced Givenchy but her resume doesn’t just include Chloé and the then staid Pringle of Scotland. Her career dates back to stints at Calvin Klein in the 1990s and Tom Ford’s sex-driven Gucci in the early 2000s. Questions were also raised around Waight Keller’s menswear proficiency; in the 1990s, she worked on Ralph Lauren Purple Label, the ready-to-wear menswear division at the brand. Couture, it seems, is the only challenge she faces.

We were given the first glimpse at her Givenchy incarnation with the release of a Meisel-photographed advertising campaign in July. Models wore black lace tops and tuxedo trousers, they carried felines. Words used in the accompanying press release included “bold, powerful… graphic… seductive.” She envisions the house’s evolution to focus more on the power of the individual, empowering them through clothes. How so? Fashioning them to meet with the notions of the modern attitude and expression. Her debut awaits. 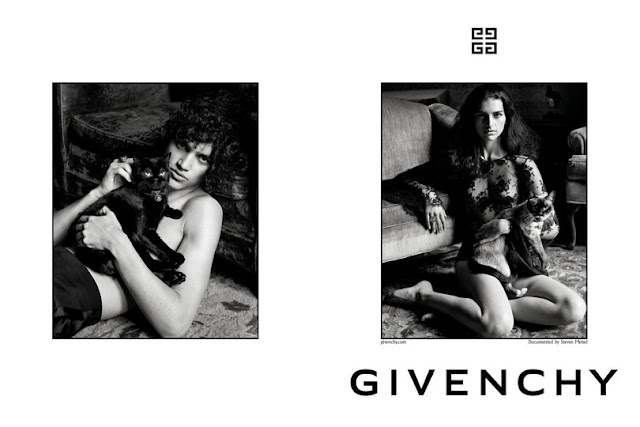 Alexis Martial and Adrien Caillaudaud, French virtuosos, were tasked with energising the house of Carven with their youthful spell in the absence of Guillaume Henry, two years ago. In twenty four months the designers decided to exit the house which hopes to pursue different avenues. They have employed Serge Ruffieux to oversee this new chapter in the French house’s history. Ruffieux was famously a placeholder post-Raf Simons at Christian Dior, with his design partner Lucie Meier. Carven will be an opportunity for Ruffieux to shape his vision as a fashion designer and hopefully cement his design handwriting, as it was sorely missing at Dior. 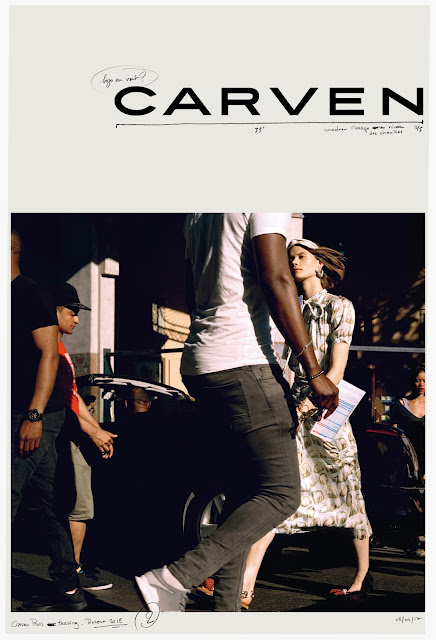 Roberto Cavalli
Out: Peter Dundas, one year
In: Paul Surridge

When I heard the news of Peter Dundas’ departure from Italian label Roberto Cavalli I was shellshocked to say the least. The Norwegian designer appeared as perfect fit for the house, after the eponymous founder had left the year previous. He had the same vision: party girl chic. He knew how to dress the Ibiza-destined, shoe-shedding, nightclub-attending members of the international elite from his days at Emilio Pucci. His work for Cavalli was significantly less impactful as it was at Pucci but nevertheless he suited the aesthetic.

His replacement is Paul Sunridge, who was quietly appointed in May. His experience lies in menswear. He previously held positions at Calvin Klein in the 1990s where he met future collaborator Christopher Bailey, whom he shifted to Burberry with. He worked alongside Raf Simons at Jil Sander, in menswear and switched to another Italian label, Z Zegna where he remained for three years before branching out to consult for Acne Studios. Perhaps he’ll lend his English sensibilities to the brand or maybe he’ll distill the brand into something more minimal in accordance with his experience. We will find out during Milan Fashion Week next month. 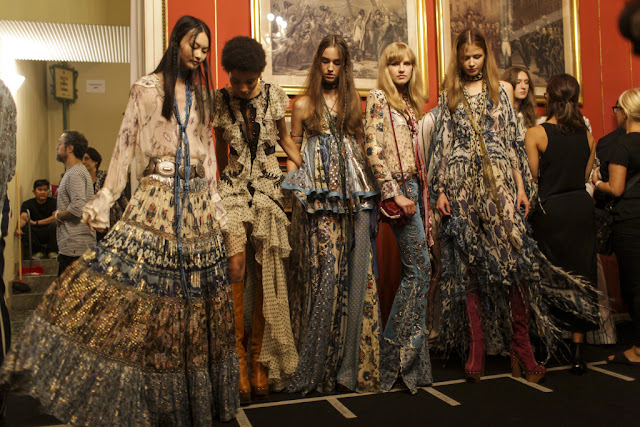 Jil Sander is also undergoing change. Tragically, Rodolfo Paglialunga has exited the house after a paltry three years. The designer was finally hitting his stride and his Fall 2017 collection was truly remarkable: bold hues and strong 80s shapes, the show exuded confidence and radiated a sophisticated beauty. His replacements are husband and wife duo Lucie and Luke Meier. Mrs Meier worked with Marc Jacobs at Louis Vuitton and Nicolas Ghesquière at Balenciaga. She ended up at Dior and served as the interim designer between Raf Simons and Maria Grazia Chiuri’s directorships, alongside Carven designer Serge Ruffieux. Meanwhile Mr Meier earned his stripes as head of design at cult brand Supreme and as co-founder of streetwear label OAMC. Blending high fashion and the street may well be the key to success for Jil Sander. 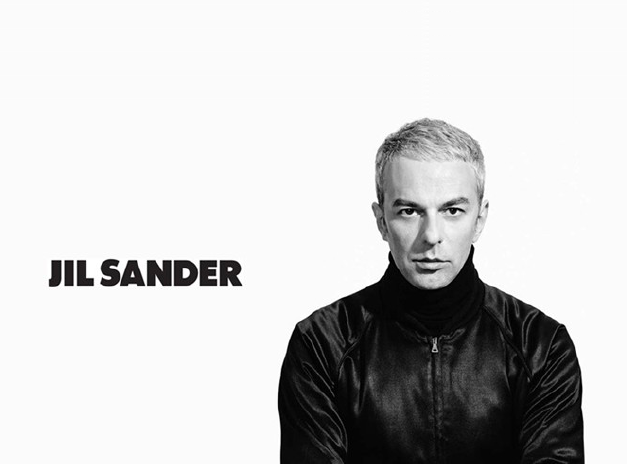