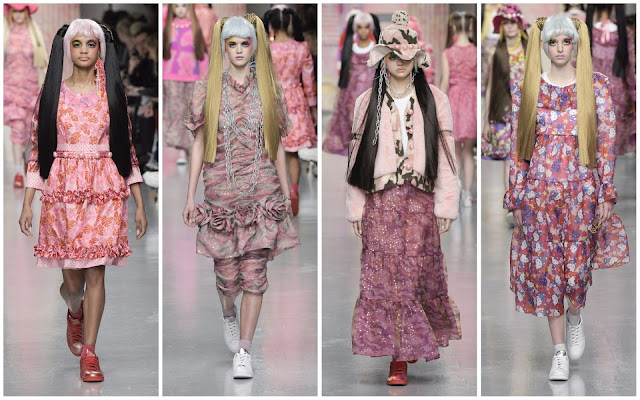 When you take perspective into account a collection becomes a wildly unique entity. Chinese-born designer Ryan Lo flipped societal normality on its head with his Fall 2017 show at London Fashion Week in February, presented on a chilly Saturday morning in the nondescript BFC Show Space at the Store Studios. We’re accustomed to the American perception of Asia—the Metropolitan Museum of Art in New York dedicated their 2015 centrefold to exploring the impact of Chinese aesthetics on Western fashion. However, a role reversal isn’t as common; an Asian perspective of America, as explored by Lo in his latest outing, is innately special and noteworthy.

“It’s almost like a weird Asian take on American culture,” Lo said in his show notes. He was endlessly inspired by the effervescence and vitality of the 90s, specifically 90s hip-hop culture, but also youth culture and the resurgence of nostalgia, courtesy of the Instagram generation. Skateboarding references, Hello Kitty were inducted at some point throughout the design process and they completed a collection replete with a smattering of everything, all rendered in shades of saccharine pink.

Not only does this show present an Asian man’s perspective on American culture, it flips the expectation on its head—this wasn’t cultural appropriation, rather appreciation and amalgamation. Hello Kitty is a famous Japanese cartoon character, defined by a red bow worn on her ear. Lo infused 90s America with the youth-centric, street fashion craze of the Harajuku district in Tokyo. This melange of far-flung regions is presented in London, which is a melting pot of culture itself.

The girlish narrative also shifted the basis on which 90s hip-hop stories are generally told. The sugary sweetness of Lo’s infectious, intoxicating concoctions are undeniably saccharine but not repulsively so. You accept them for what they are and understand that a bold, positively young woman will latch onto their flamboyance, without worrying it’ll come across as meretricious. Meretriciousness isn’t in Lo’s lexicon: his oeuvre has long been punctuated by this brand of punchy, teenage dream delights. The youthful verve that enlivens his work clashes with hip-hop and skater culture but fabulously; intercutting sickly sweet creations with scenes of nineties raves, street culture merely heightens the effect of the work, presents unexplored possibilities.

There aren’t just two sides to every story, rather a multitude waiting to be told. They all need to be expressed to us, and what better manner than fashion design. 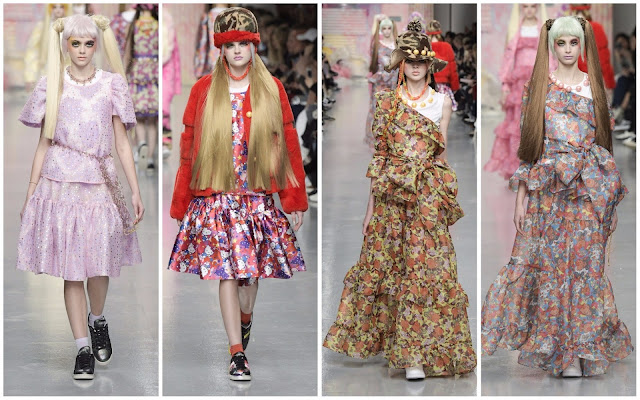