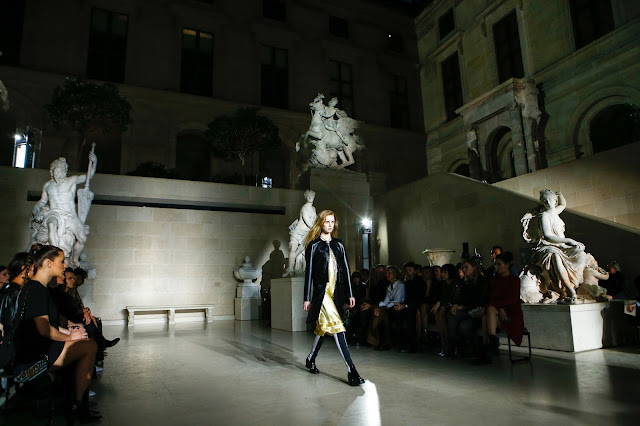 There have always been artful inclinations in Nicolas Ghesquière’s oeuvre. From his early Balenciaga days to his current Louis Vuitton stint, the Frenchman has thrillingly explored the possibilities of ready-to-wear, luxury and how those two things can be much more than a camel coat. The reductiveness of that statement aside, Ghesquière’s position as a luxury fashion designer has never been as important as it is now. In difficult economic times all eyes are on creatives to see who will weather the luxury slow down and global economic crises. Deftly, he exercises his sleight of hand and continually presents the possibility of a hearty womenswear wardrobe.

This season the brand showed at the Musée de Louvre, under a glass pyramid architected by I. M. Pei (who is the mastermind behind the Miho Museum near Kyoto, where the brand hosted their Resort 2018 presentation in May). To show in the Louvre, amidst the otherworldly art pieces signifies the strength of Louis Vuitton as a fashion house. They wouldn’t be where they are today without the indelible influences of Marc Jacobs, Ghesquière’s predecessor, and Ghesquière; both were remarkable designers with searingly lucid perspectives. However, the meaninglessness of playing Frank Ocean’s ‘Pyramids’—despite it being a tremendous, sprawling sonic landscape—beneath the pyramid was vaguely irritating.

Furthermore, the clothes were rather sublime. You name it, Ghesquière referenced it. Sportswear, formal wear, workwear; Russia, France, America; masculinity, femininity. He hybridised all his references points and churned them out in the form of layered—figuratively and literally—garments that captured the aesthetic of contemporary Vuitton. The travel references were present, the notion of luxury in its purest form too. The silk slip dresses towards the end of the collection—pieces fragmented and linked with black lace—could be construed as symbols of global connectedness but the overall lack of poeticism would act as a counterpoint to that.

One’s mind returns to the global stage that is the Louvre. With objects dating from prehistory to the 21st century, the museum houses works from civilisations such as Greece and Ancient Rome, Ancient Egypt and historical region Mesopotamia to modern day paintings in France and Italy, from artists such as da Vinci, whose painting Mona Lisa famously hangs in the gallery space. Louis Vuitton was founded as brand for the jet-set, with the monogrammed trunks selling from the 1850s. Travel is integral to the house but Ghesquière’s fusion of cultures from far-flung destinations didn’t work, this season.


Unlike in a museum, his curatorial approach was a distinctly shoddy endeavour. Truthfully, it lacked coherency. Individually these were exemplary clothing: the technical feats in the form of fur jackets; flared, cropped leather trousers; fitted, sportswear-inspired suiting. Together the haphazardness of it all was befuddling. Although he is artfully-inclined, one couldn’t help but itch and scratch at the lack of purposeful editing—artist, curator: who should designers be more like? 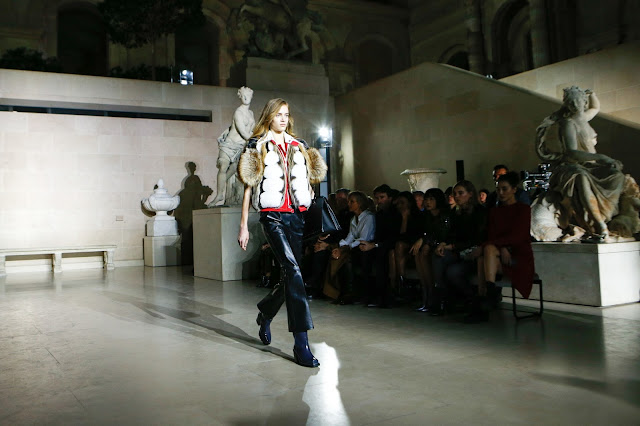 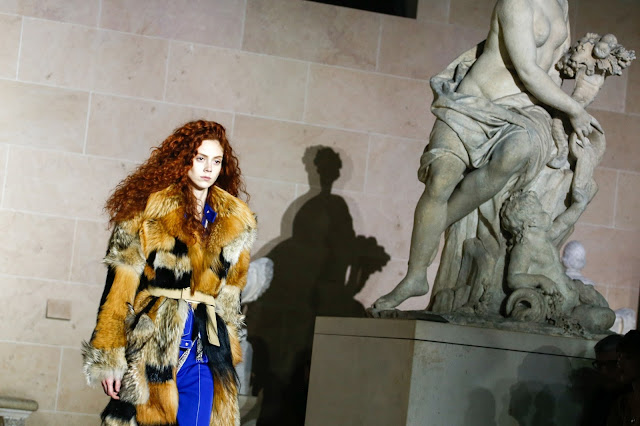 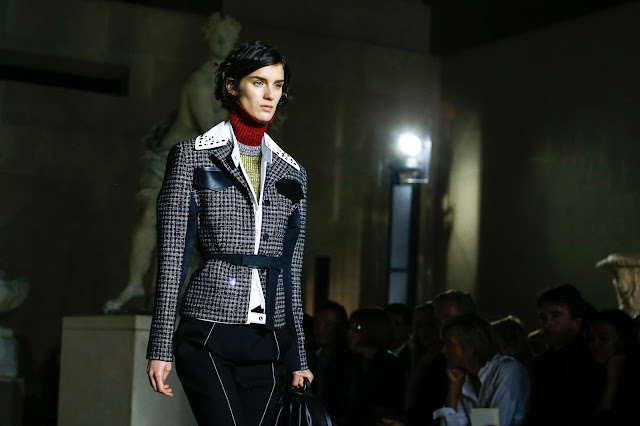 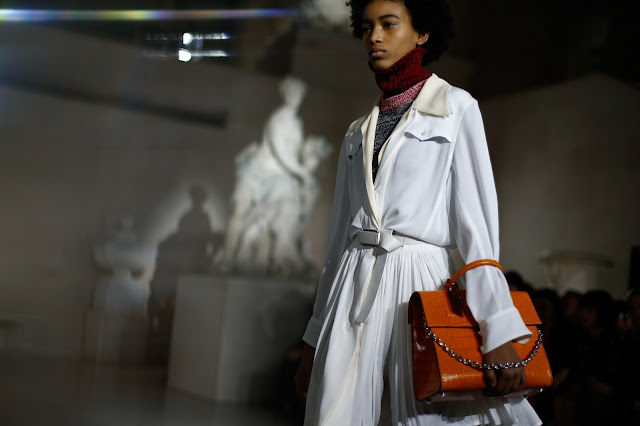 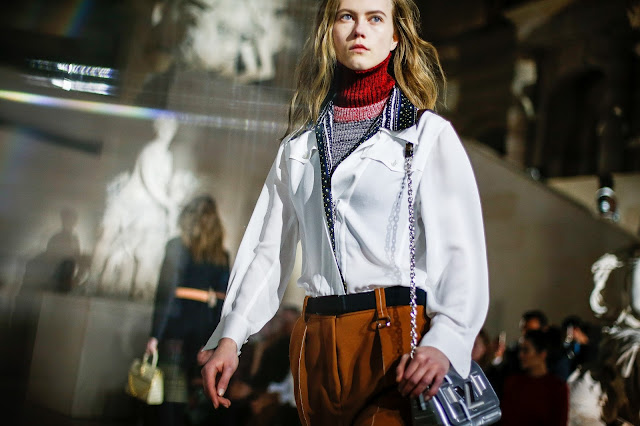 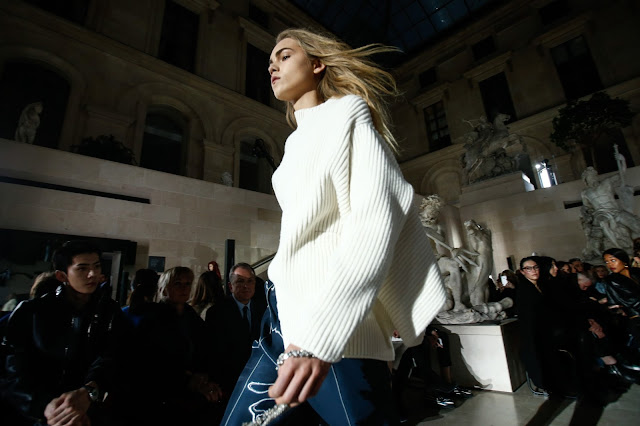 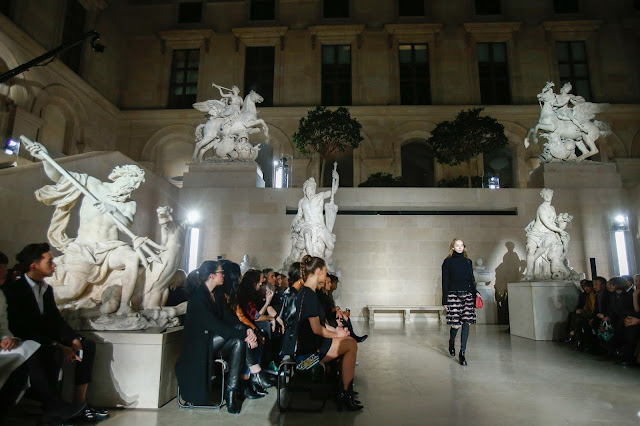 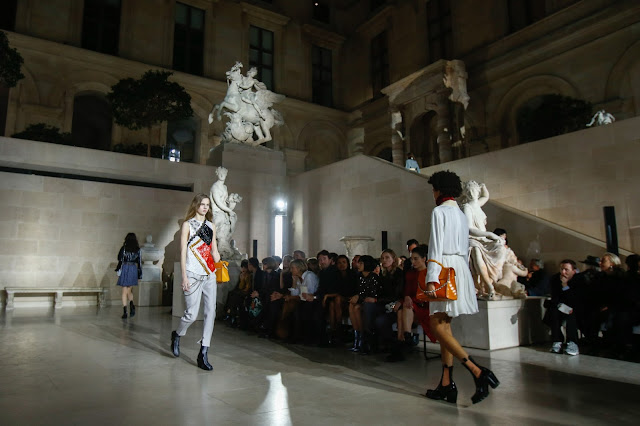