Aside from the controversiality of his casting, one maintains Junya Watanabe is one of the greatest fashion designers today. The way he compelling conveys a message to the audience is remarkably unique and easily identifiable with his aesthetic. The natural progression of his ideas too should be noted for their boldness and insistence on being provocatively avant-garde. The Japanese designer’s exploration of subcultural movements is prevalent in his work, across menswear and womenswear. Here, he mused on the 70s and 80s in London  when Punk emerged in the city, Vivienne Westwood and Malcolm McLaren were operating their shop Sex and youth culture was rip-roaring, dominating the city’s social scene. Underground club scenes were flourishing and, generally speaking, things began to change radically. Prim and properness were rebuked in favour of a distinctively harsh aesthetic with leopard prints, tartan in red, yellow and green, fishnet tights with every look and thick-soled shoes fit for any mosh pit one might encounter on their nightly travels.

However, Watanabe wouldn’t express his thematic influences simply or in straightforward fashion. Quite the contrary: he flexed his architectural prowess and modelled the designs with the utmost level of subversion. Jackets were structured in haphazard fashion, as if they were mid-transmogrification, into something amorphous and unrecognisable. Others, meanwhile, were preoccupied by a finer line, almost like origami. (One was reminded of Rei Kawakubo’s 18th-century punk incarnations at Comme des Garçons for Fall 2016, with black zip-accented red tartan skirt with a devilishly delightful, architecturally-sculptured jacket.)

Watanabe was thinking of Soo Catwoman, Ziggy Stardust. Models wore brightly-hued wigs in pastel shades and rich berry colours. The wigs were a pleasant addition but weren’t a necessity. They didn’t detract from the overall beauty of the looks, nor did they deter. Simply, nothing could take away from the quality of these clothes. They were exacted with aplomb, classically Junya. The show closed with a mohair cloak over a white shirt, printed with a Union Jack design on chairs. The curvatures of the chair implied something sinister to this critic. Akin to Gothic script, the pattern was imposing, dark; the model’s top hat and pink hair too breathed a different life into the show, one which was characterised by anarchic rebellion. 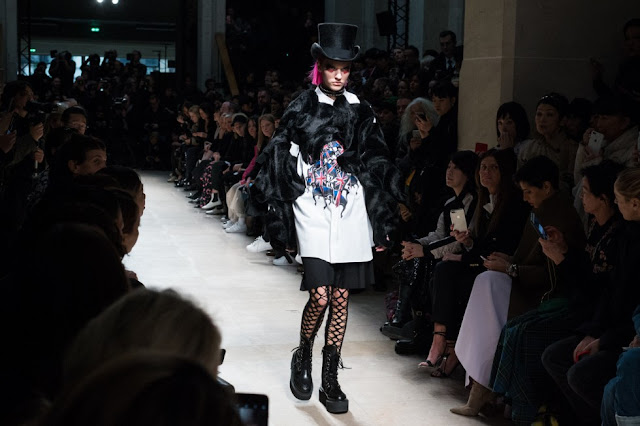 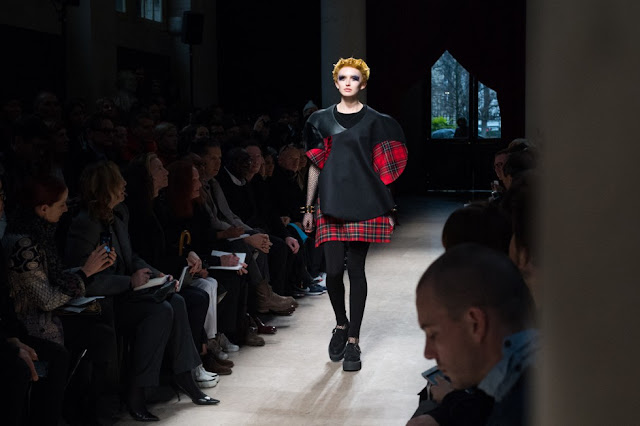 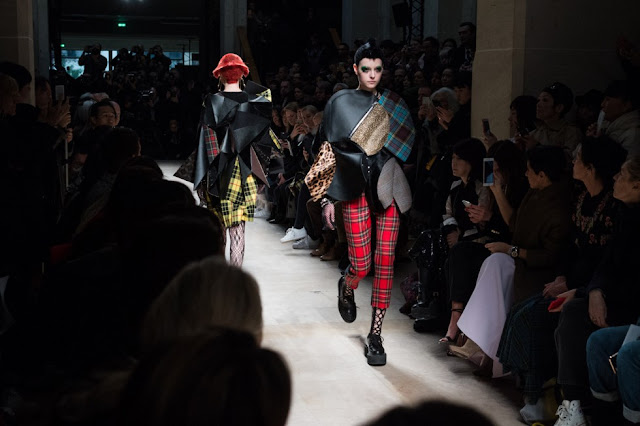 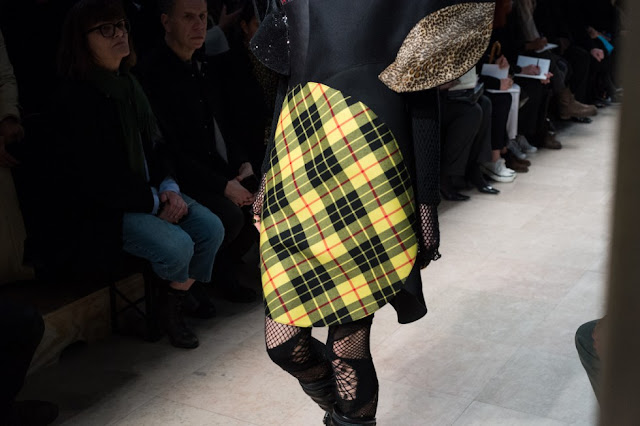 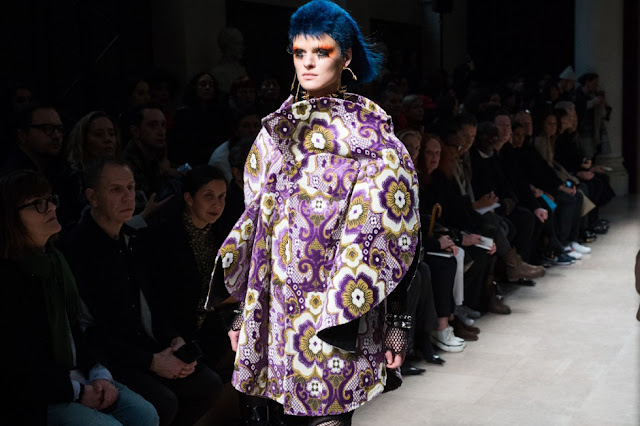 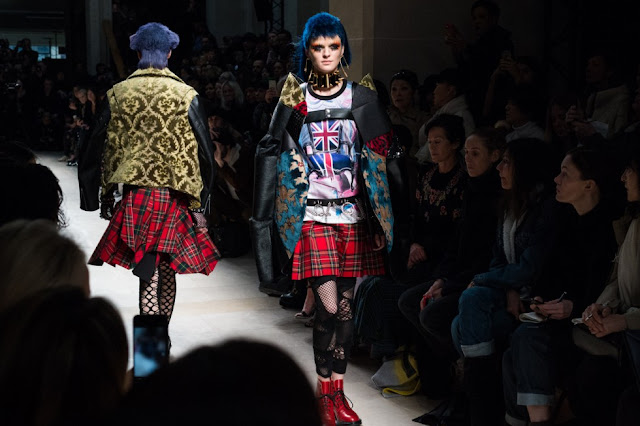 Posted by Paulidoodles at 7:00 AM