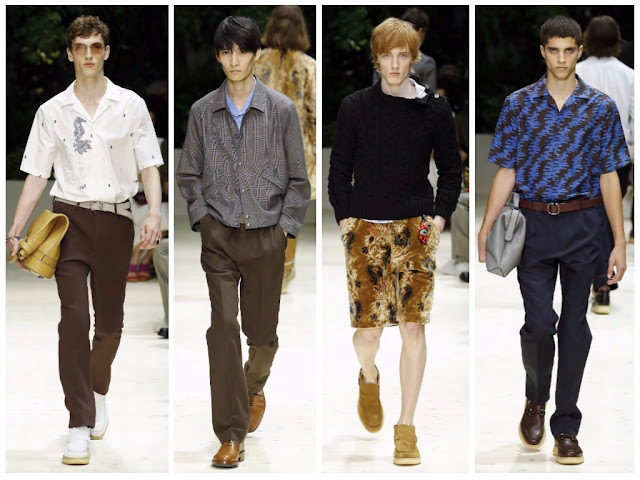 Maria Grazia Chiuri, artistic director at Christian Dior, faces one major challenge in her new position: achieving the pedigree of French couture rather than Italian sportswear. Her work at Dior has been perceived as a misfire, a dangerous one given the legacy of the house she finds herself at. French designer Meilland became the latest creative director at Salvatore Ferragamo, an Italian luxury brand, last year. Contrary to popular belief, it is in fact possible for a French designer to take over an Italian brand, or vice versa. His Spring 2018 menswear show wasn’t characterised by a classically French, relaxed elegance but a distinctly Italian sun-kissed gentility

This incarnation of the Ferragamo man is akin to an erudite scholar with a relaxed disposition—perhaps a professor of philosophy. His summer wardrobe requires unfussy clothing with a casual flair, the occasional eye-catching statement. Perhaps his summer will consist correcting papers along the Ligurian Riviera. Lucidity in menswear is crucial—for years there was a dearth of groundbreaking ideas and now we find ourselves in a period with J.W. Anderson, Raf Simons, Charles Jeffrey, Grace Wales Bonner, Thom Browne, whose creative verve rebuffs the ‘meat and potatoes’-driven menswear landscape of yore. Salvatore Ferragamo’s function isn’t to propose earth-shattering ideas but to provide beautiful, well-crafted menswear for it’s loyal clientele. For the show to have the ability to conjure up a clear image of the man who will eventually wear it says a lot.

Perhaps believability is where success lies with foreign creative directors. For an Italian to seamlessly transition at a French house, or vice versa, the greatest achievement is the ability to present something that is instantly recognisable as that brand’s aesthetic. Valentino-isms are rife at Chiuri’s Dior; Meilland has the luxury of coming from a senior design position at Lanvin, one where the extent of his contribution is relatively unknown. Compared to last season, this collection came on leaps and bounds. It knew its purpose and served it also.


Once again, Meilland’s design expertise is remarkable. He may be designing for a brand that doesn’t carry the same weight as J.W. Anderson or Raf Simons, creatively speaking, but as business, Ferragamo trumps those. The fitted mustard jacket, the pale-blue turned-up trousers, or the burgundy knit cardigan may not be seen as redefining moments in fashion but they are incredibly wearable and sellable. Meilland is melding business and creative prospects and that’s the new art form.
Posted by Paulidoodles at 12:22 PM