It is becoming increasingly difficult for designers de nos jours to decided whether to offer a political commentary in their shows or to eschew from all political association. The latter, paradoxically, is almost as politicised as the former. Designers choosing to not reflect the times is their own decision, nor should it be frowned upon, but with the political downfall of recent times it’s hard to ignore, to turn a blind eye.

An aversion came naturally to Minki Cheng—his label ‘minki’ is about dressing a bold contemporary woman. He was living and breathing the air of Tumblr-promoted 90s nostalgia. He revising defining moments of his childhood, one filled with video games, cartoons and children’s television programmes. He outfitted his models in colourful outerwear with an emphasis on cartoonish lines and warm fabrics. His depoliticisation of his garments came at the beginning of London Fashion Week, and perhaps they could’ve been placed elsewhere so not to upset the rhythm of the opening day. Although that statement acts reductively the clothing here wasn’t substandard, rather fingertips away from being truly special. 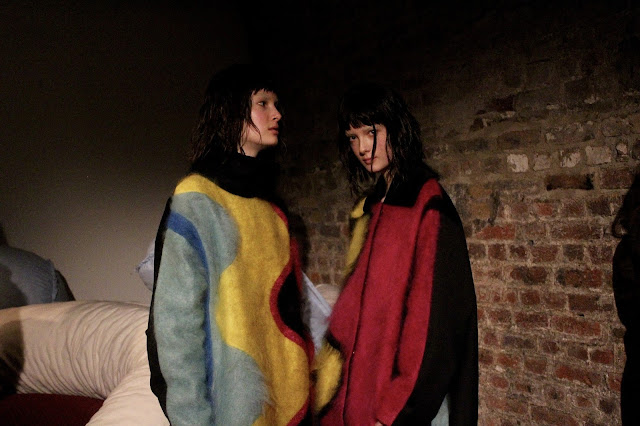 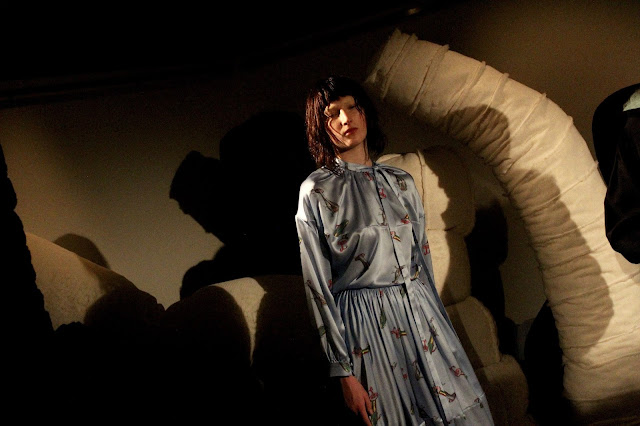 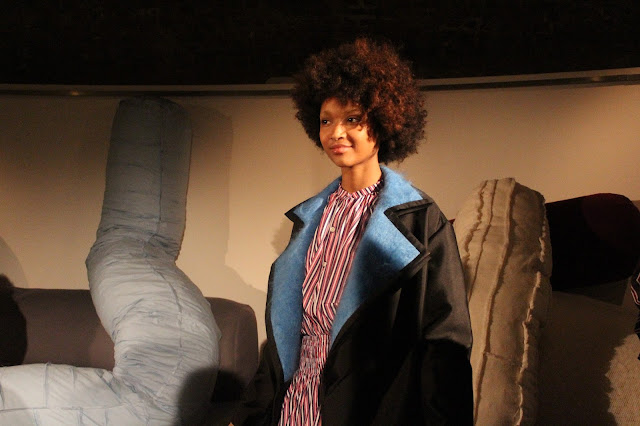 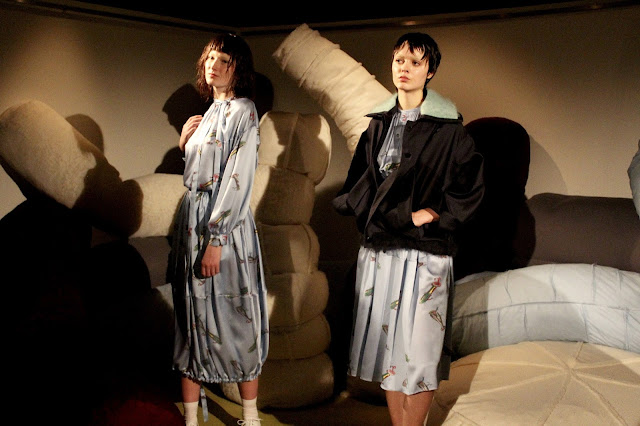 For Richard Malone it was about the politics of people rather than serious governmental conversations. His rhetoric was concerned with capturing the quotidian and rebuffing the social media age and its damning effects. “With distractions like our phones, we overlook,” he said in his show notes. What do we overlook? The omnipresent prints and patterns found on public transport, such as the Bus Éireann designs found in Malone’s native land of Ireland. Residing here also, I can attest to the fact that these unfortunately unfashionable prints and patterns go unnoticed by most; personally, I can remember vaguely a crimson design with orange specks, or from my childhood a grey cushion with the Irish red setter emblazoned on the backrest.

Malone translated these prints into a 60s-inspired collection. It was marked by the same avant-garde functionality as in previous seasons. Trousers with pockets for the CEO who has to bring their children to school, the architecturally-inclined dresses with a function for the customer to shape the garment in their own personalised fashion, a quirky party frock and the uniform-inspired ode to the working class, specifically the working class roots of his family, based in the southeasterly county, Wexford.

Here, the removal of large-scale politics was refreshing and it was replaced with an interesting thesis on humankind’s behavioural habits. The prints were unquestionably positioned firmly on the border between good taste and bad taste but the perversity of that and the singularity of each of his models made it all the more fascinating. Perhaps other designers contemporary culture in similar ways. But with his working class perspective—there aren’t many others who can match Malone’s authenticity. 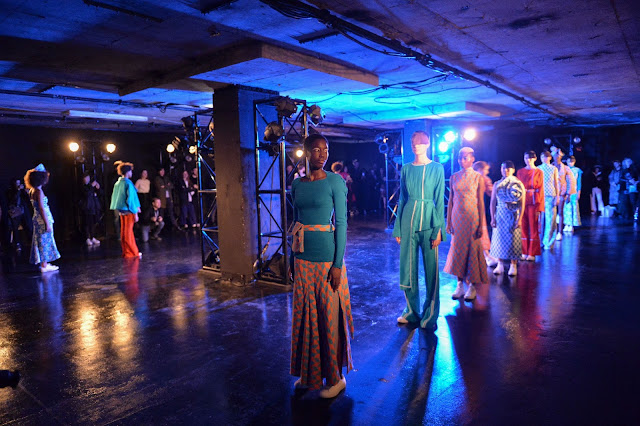 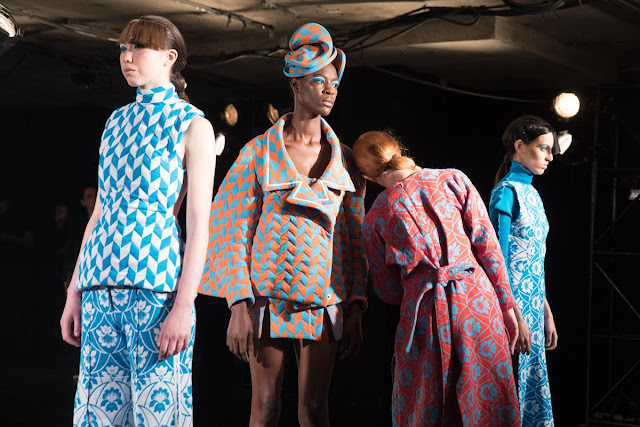 Xiao Li is an avant-garde designer in the more traditional sense of the term. The Royal College of Art graduate experiments with fabrication and silhouette, seasonally. She has explored the surrealism of Dali and the two dimensionality of pop art. This season she combined those to strengthen her vision, amplify the principles of her developing aesthetic and propose a lineup of commercially viable season-appropriate designs. For Fall 2017 she brought back the Elizabethan frills that delighted in the last show and her experimental denim with contrasting white accents. The styling was emphatic about its seasonality: chunky, warm knits were on her mind.


With Richard Malone, and even Minki Cheng, there is an element of humour identifiable in their work. Li’s beginnings were in a comedic approach to cultural movements. Perhaps one could recall her witty dissection of the proliferation of genetically modified products in the food industry in 2015? Also, conversely, this shift to something more artistic and serious could benefit Li in the long run and amass a wider customer base. After all, there is a plethora of designers covering the ‘comedy’ niche in fashion and most of those have become the punchline of their own jokes. 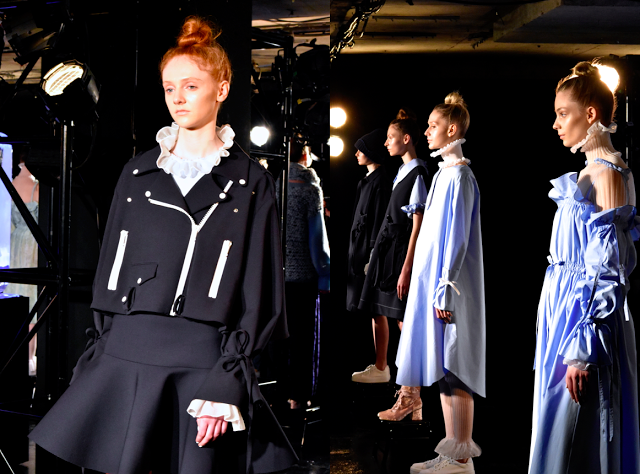 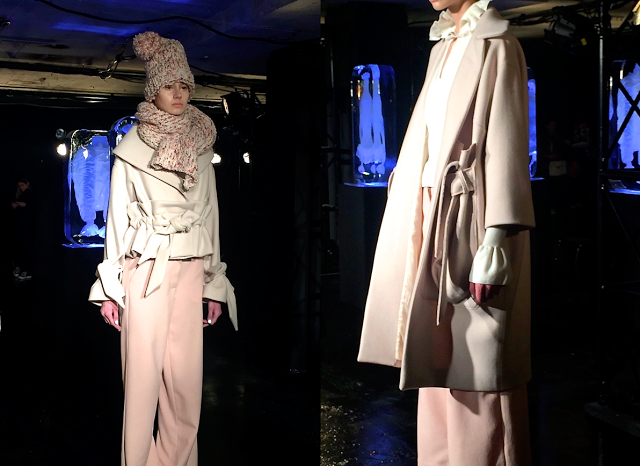 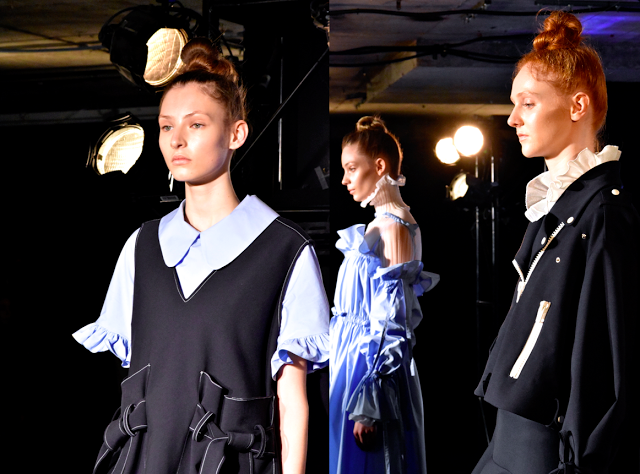 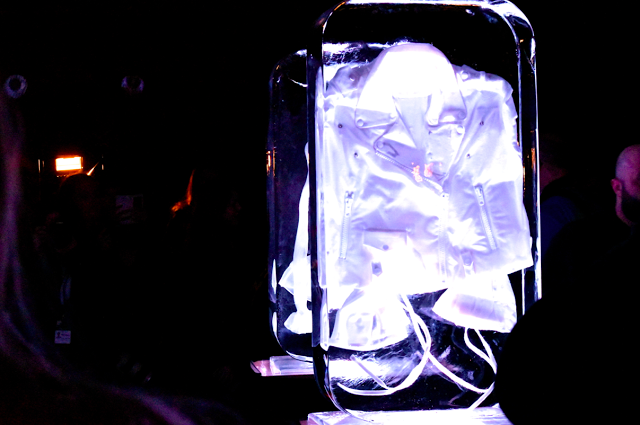 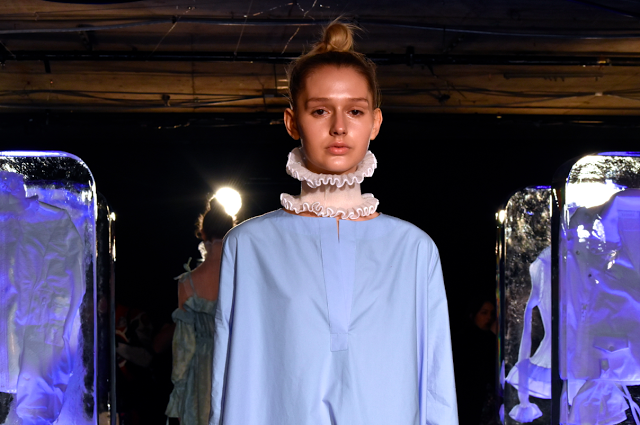 Roberta Einer designs for the party girl but it’s not as simple as that. Einer is a self-described feminist and her political views, as many designers will astutely note, permeate her work and her feminist values are inborn in her designs. What makes a feminist designer anyway? To me it’s unapologetic expression of identity and for Einer it’s characterised by opulent hyper femininity, loosely inspired by her previous experience working at French house Balmain. This season she channelled the Art Deco architecture of the Portuguese capital, Lisbon, forties tailoring and sixties discos into her work.

Einer feels her label has grown in the past few seasons and identifies her new approach as more grown-up, modestly incorporating more age-defying values. Her selection of lavishly embellished frocks were beautiful but my personal favourites were the ones which skewered workwear themes. It was exemplary of a designer hitting a stride and successfully skewering the politics of the streets—hoodies with trenches? Contemporary fashion in a look.


Ultimately what these four designers have in common is their reference to the self. Whether it be in the form of their childhood memories, the ignorable mundanities of the everyday, the changing of personality or the bold personal statement—this generation of designers are predominately operating in autobiographical or, at least, semi-autobiographical spheres. It isn’t the self-centredness of the millennials, as noted by older generations—that’s codswallop. It’s an innate sense of self. That contains a multitude of political connotations. 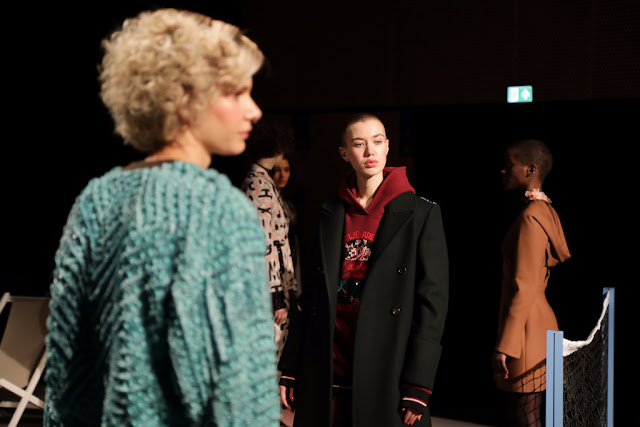 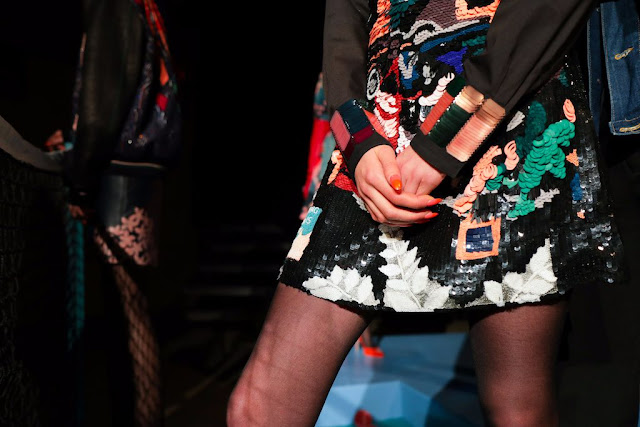 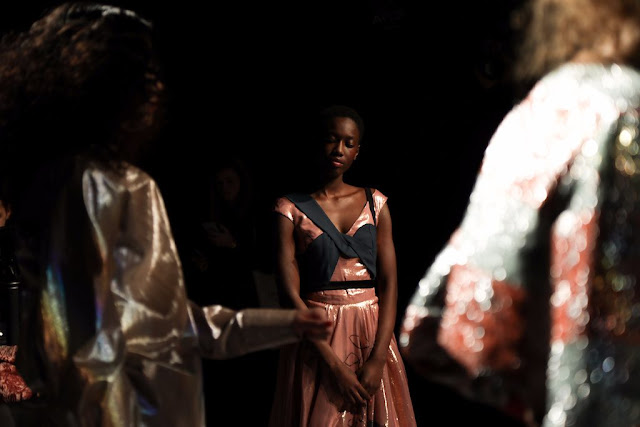 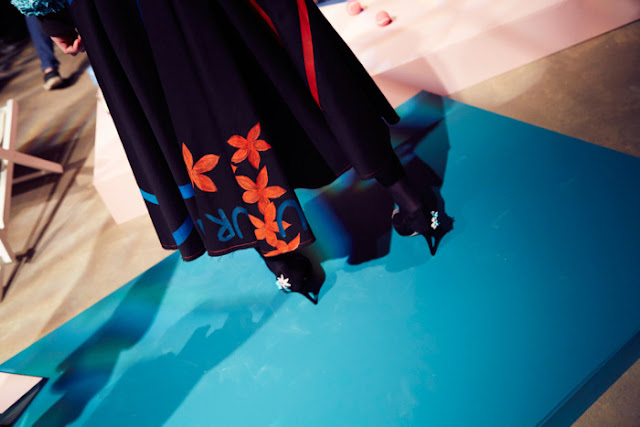 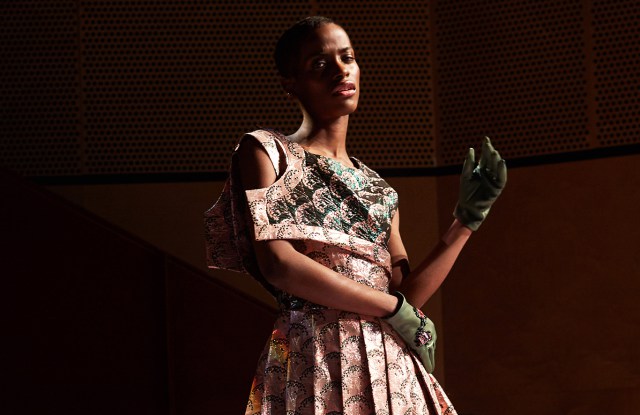