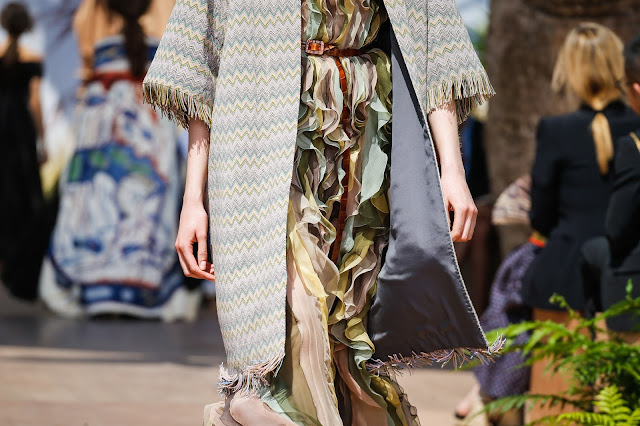 “A complete collection should address all types of women in all countries,” is a general statement, scribed by Christian Dior in his autobiography Dior by Dior. It’s the kind of assertion that Maria Grazia Chiuri relies on to convey her commercialistic feminist message to the masses at the house. It all began with her ‘We Should All Be Feminists’ t-shirts and fencing uniforms and extended to the modern princess, the military-inspired daily outfit. For the Fall 2017 haute couture show which was the culmination of her freshman year at the house, she looked to the restless spirit of female explorers and the desire to visit faraway lands.

Freya Stark, Amelia Earhart, Gertrude Bell are the female explorers Chiuri wanted to channel in her work. To innovate and strive for modernity she employed the technical prowess of Dior and utilised menswear fabrics, which in couture is practically unheard of. The fabric technicians mastered the fabrics imbue them with softer qualities. It came in the form of chiaroscuro on jackets and blouses that are reminiscent of aviator jackets. Moreover, milliner Stephen Jones handcrafted headpieces to accompany the collection’s 67 looks.

The travel theme developed into exploration of the house’s heritage. A map found in the archive by Albert Decaries inspired many looks with many of the looks being influenced by his claustrophobic style of etching. It also pointed to Chiuri’s personal journey from Rome to Paris, her journey from Valentino to Dior. (You can take the girl out of Rome, but you can’t take Rome out of the girl.) She could be likened to a modern day example of a woman travelling for work. The house truly are hellbent on a feminist message, in whatever way, shape or form possible.

It’s a terrific feat that Dior has crowned a female designer as artistic director—69 years after the company was founded, it took some time. Her feminist agenda has been inherently problematic seeing as it’s being presented in a stereotypical, commercialistic, consumerist fashion. Whitewashed feminism came in the form of their Spring 2017 advertising campaign which was modelled, photography and styled by white people. Clearly learning from the backlash that erupted from the campaign, the latest outing includes a diversified casting—there’s Adwoa Aboah, Ellen Rosa, Jing Wen amongst others. Although exploring different facets of womanhood through historical references is important—light should always be shone on the stories of women in history, especially at womenswear brands—it appears to me that this portrayal is disingenuous at Dior. Feminism is merely the buzzword they choose to associate with. Yes, Chiuri is a devout feminist herself but at a luxury conglomerate you enter a grey area, a tricky terrain where it’s best to avoid weighty subjects when it’s presented dully in an overtly commercialistic way.


Not much can be done about Chiuri’s aesthetic. Her daywear is satisfactory, although the tailoring wouldn’t be deemed exceptional. Her evening wear still bears unmistakable Valentino flavourings. In general, her work has yet to truly excite or incite an emotion other than indifference. Indifference is the worst form of emotion in fashion: one should lean on love or hate, indifference merely means the show wasn’t strong enough to indicate any significant emotions. I’m indifferent. 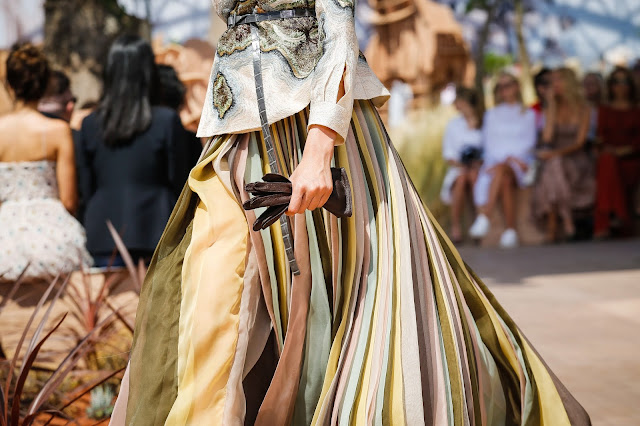 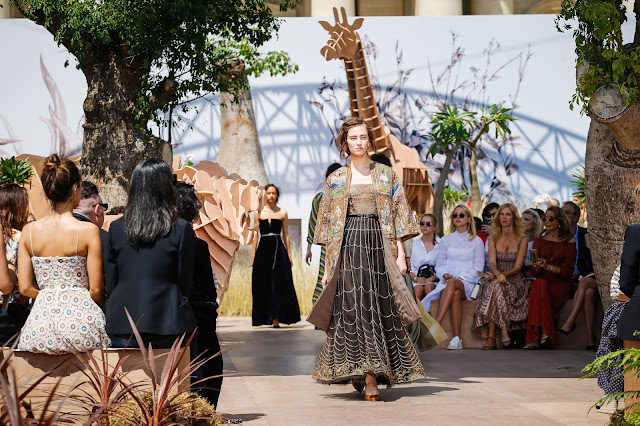 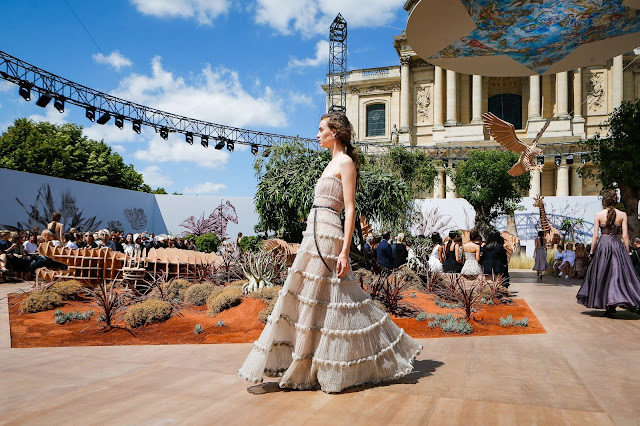 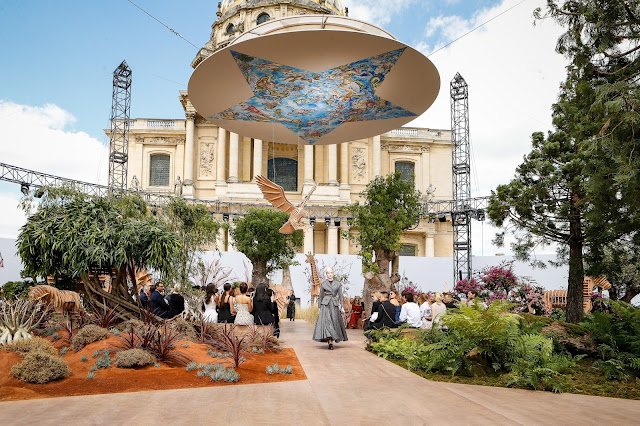 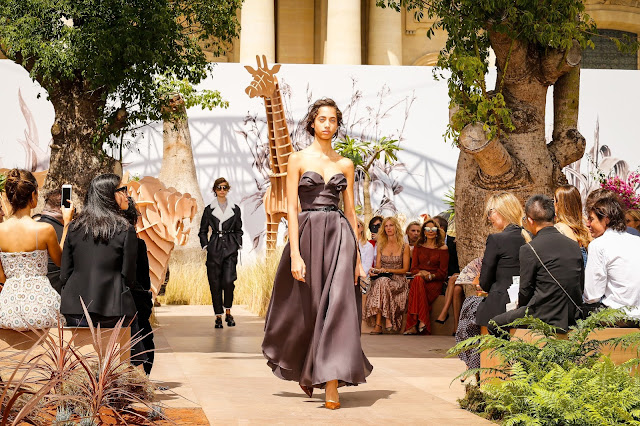 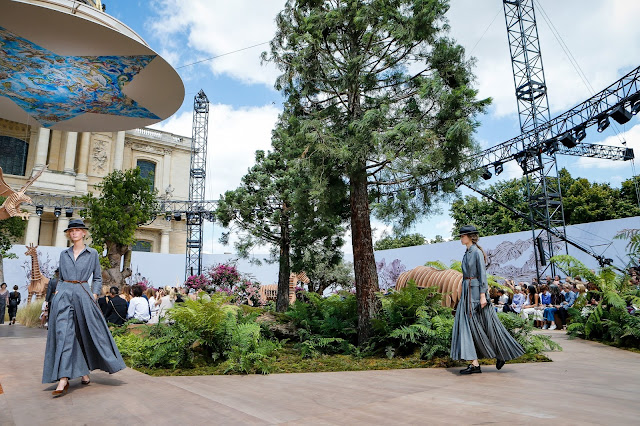 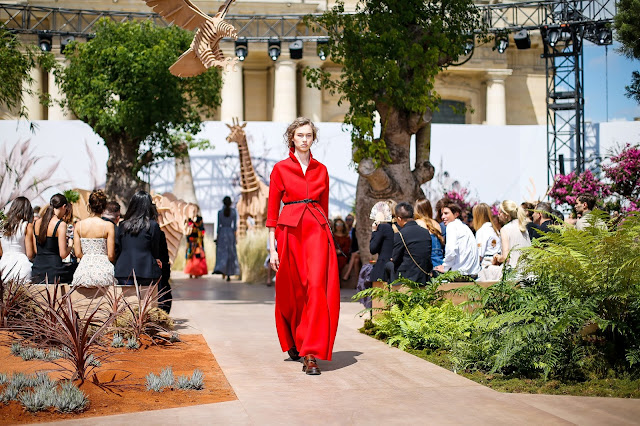 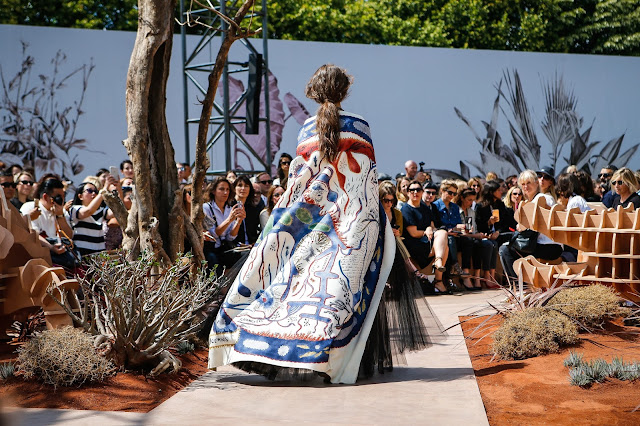