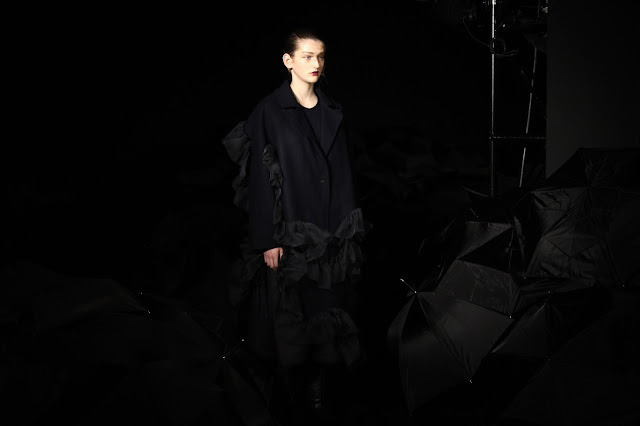 Katie Roberts Wood’s second on-schedule presentation at London Fashion Week picked up where the last one left off. She furthered the ongoing exploration of the fusion between banality and otherworldly beauty with a delicately poetic, serenely pretty collection at the BFC Presentation Space at 180 The Strand on a brisk Sunday morning in late February. Her show space might’ve contradicted this—it was a haunting set replete with black umbrellas the models snaked around before assuming position for photographers. “The presentation is an exploration of the everyday and the meaning we attribute to objects and events.”

One couldn’t help but hum ‘Why Does It Always Rain on Me?’ by Scottish band Travis at the sight of the umbrellas. Pathetic fallacy: it was as if she was commenting on the gloomy state of the world. The state of the world as we know it is dull, gloomy and the dark clouds accumulate regularly, only for a deluge of bad news to rain down on us. Here, the umbrellas were abandoned, open and upright on the catwalk. (For an Irish person, the rain isn’t so much a conceptual encapsulation of the times but a reality.) The umbrella was chosen for its ubiquitous qualities, a link between the presentation and the brand’s aesthetic. There was emphasis put on outerwear this season, in the way that shirting punctuated last season’s output. The jackets and coats on offer were beautiful; minimal, yet subtly subverted. Heavy wools and padded twills were deconstructed to imbue the garments with lightness, a graceful poise.

Extreme normality is a trend that isn’t captured like something as dour as florals. It is a conceptual’s dream and isn’t easily replicable by fast fashion brands. Vetements, Y/Project, Martine Rose and others have underscored the movement’s rise to popularity. Since the beginning, advancing and developing garments from something conceived as “normal” (I use air quotes as it is undoubtedly the most odious term in the English language) to something extraordinary. The way an apron dress can turn into a celestial body of lightness or a foamy garment comprised of faded transparent prints that have been woven into giant structures.

As the ROBERTS|WOOD label pushes forward, a certain level of adaptability is expected. The clothes aren’t audaciously out of reach for the average customer, but refinement and streamlining an aesthetic is always an intelligent business move. She hasn’t compromised the dreamlike serenity of her cloud-esqe dresses but she has ushered in a distinct sense of accessibility. Artistically-inclined, Katie mentioned in the press release that it is a trial and error experiment. She commented how, “the symbiotic relationship between precise and considered decision [and embracing chance and mistakes].” A conceptual designer attuning herself to commerciality.


In Dover Street Market her concession is behind fellow conceptualist Jonathan Anderson’s J.W. Anderson outpost. There is a single rail of her frothy tulle and it’s even more enchanting up close. There’s always something beautiful to be found in a quiet moment. 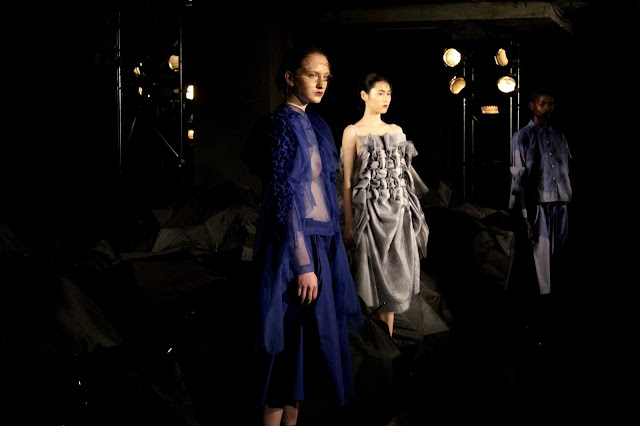 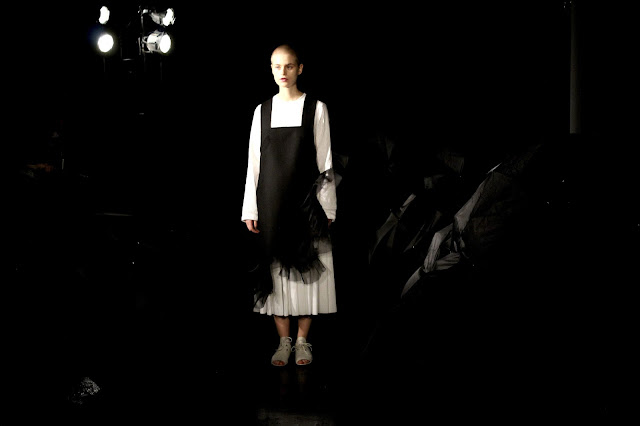 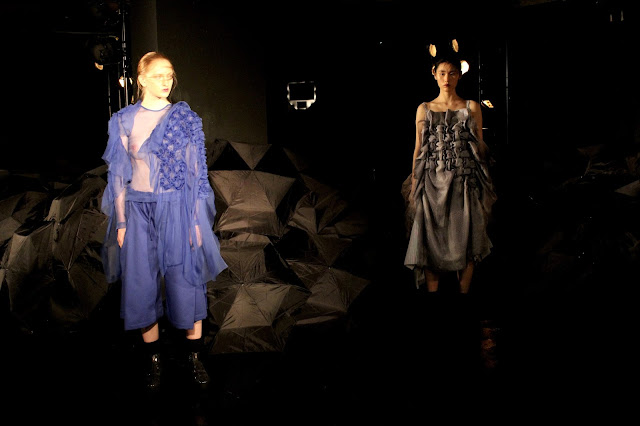 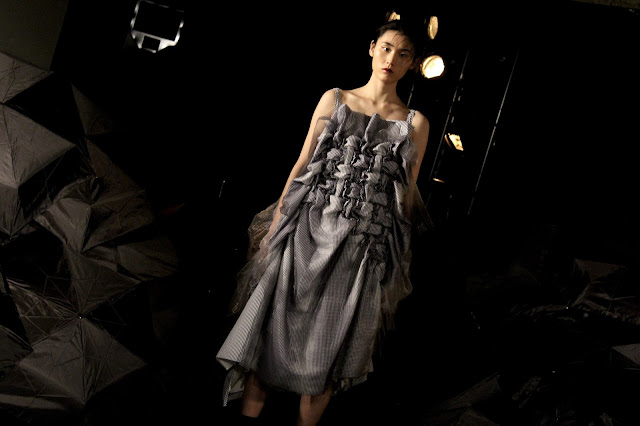 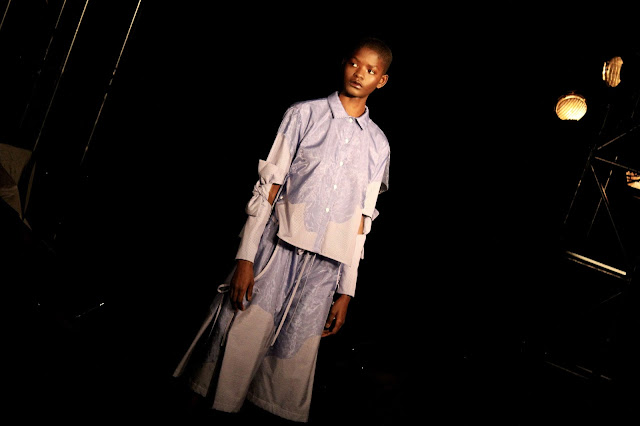 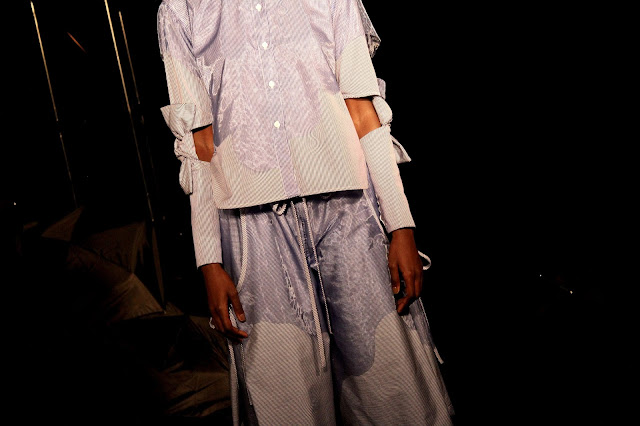 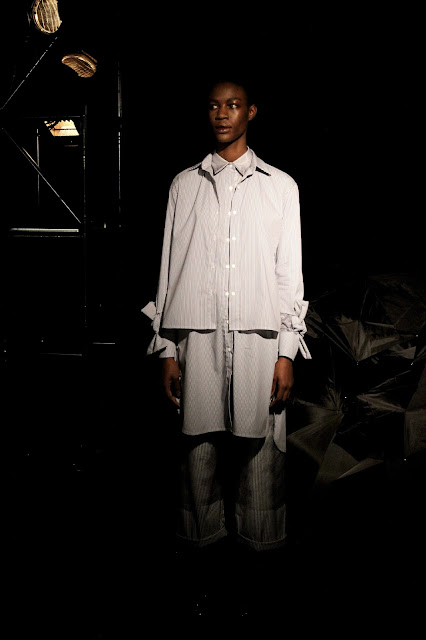