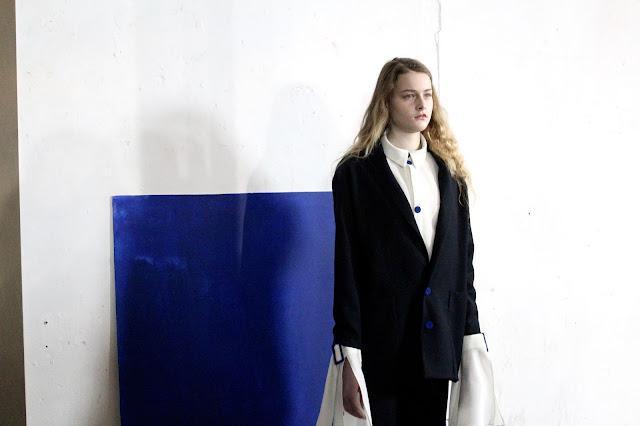 Political messages were here, there and everywhere during London Fashion Week. Of the shows I attended, each could be interpreted within a political context. The times we live in are turbulent and, frankly, frighteningly surreal. The uncertainty, the bigotry, the contradiction of the time never ceases to amaze one. A pointedly political offering in London came from Canadian-born designer Edeline Lee. Lee was one of the few designers in the Spring 2017 to react to the Brexit fallout, with a collection that was a bittersweet ode to London, a city that accepted her as a designer, immigrant and woman. Her Fall 2017 outing saw her channel feminism into her show with the influence of the work Hannah Hoch, an German Dadaist best known for her work during the Weimar period.


“I was inspired by how Hoch’s work concurrently addressed issues of female identity and her cultural context,” said Lee. The female subjects of Hoch’s work were distorted and explored with her Dadaist streak—it resonated somewhat with the Edeline Lee brand: there was something wholly unique about it, with tinges of familiarity. She interpreted Hoch’s collagist methodologies in her drapery and styling. Shirt sleeves were overlong; block-coloured buttons punctuated shirting; sweaters were enlivened with patches; skirts were asymmetric, a lesson in Lee’s architecturally-inclined aesthetic. A beautiful lead grey dress with a flared skirt with cobalt blue accents was a more refined, more mature result of the deepening of Lee’s design handwriting, connected with architecture and art. 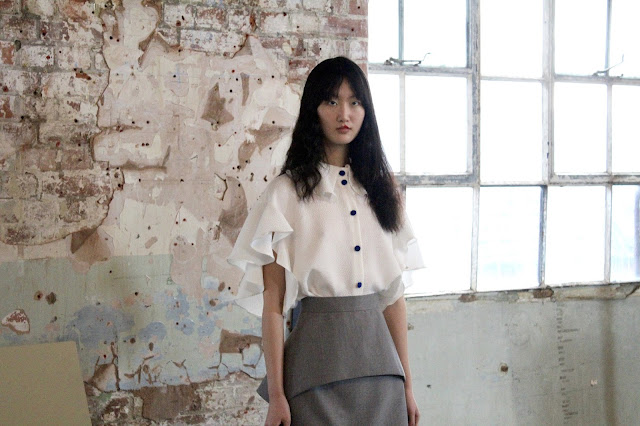 The previously mentioned embroidered sweater could be linked with the #FreeTheNipple movement. A lead grey sweater with a saffron yellow breast patch. It was both flirty and feminine—it had artistic appeal; a piece aimed at one of Lee’s customers who hails from the art world. Something about this bordered on facile. You could look at Anthony Vaccarello’s unabashed expression of female sexuality in his debut collection at Saint Laurent, where models walked bare breast down the catwalk. It teetered on the lines between radical and simply a pointed expression of body autonomy. Here, we have Lee delving into the movement with a less sexual, more artistic effort. It made for instant thought-provoking material and it had desirability necessary for sale. However, the cartoonish flair which almost jeopardised the look’s meaningfulness was the very thing that connected it with the work of Hannah Hoch.

“How can she dress now with relevance, power, femininity, grace and dignity without being nostalgic, unnatural or uncomfortable?” That question should be on the mind of every designer—for most it already is. What is the most efficient way to proceed, how do you advance the visual language, cultural context and technical skills of your brand? The designer posed that here: yes, undoubtedly, there were a few bumps in the road with Lee’s collection. Perhaps the weight of the inspiration or her mostly minimal aesthetic interfered with total success. 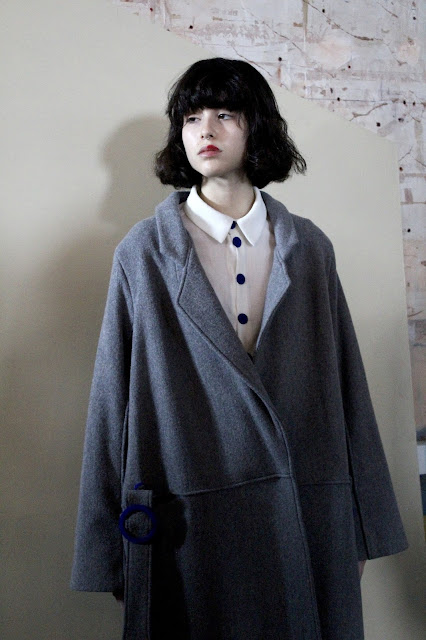 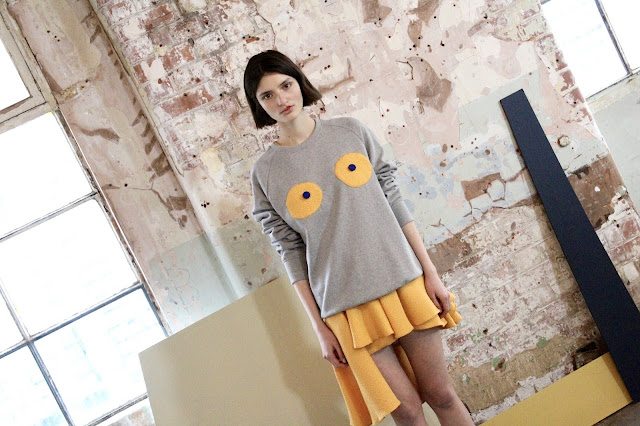 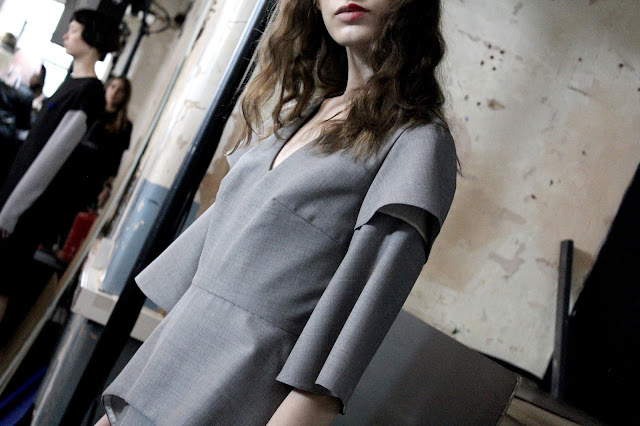 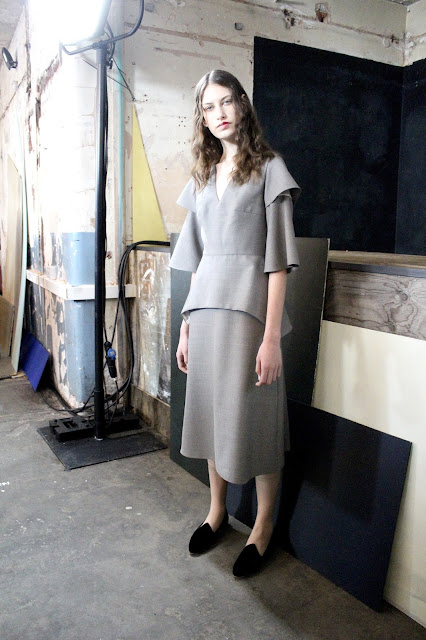 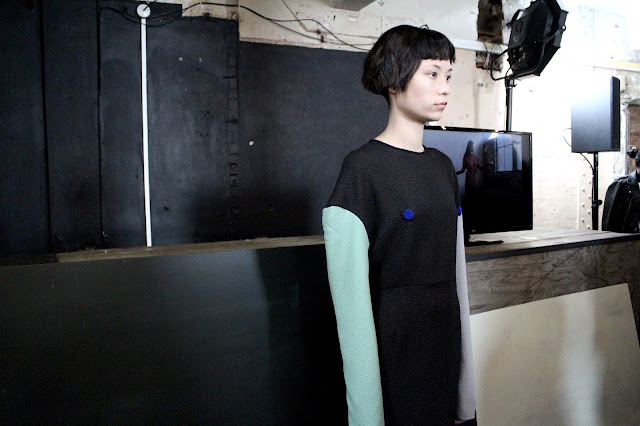 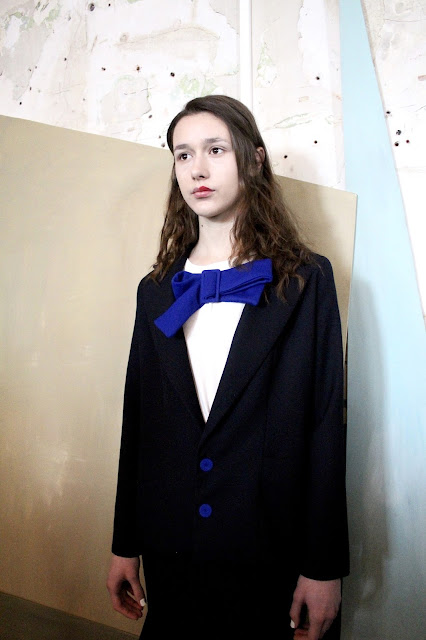 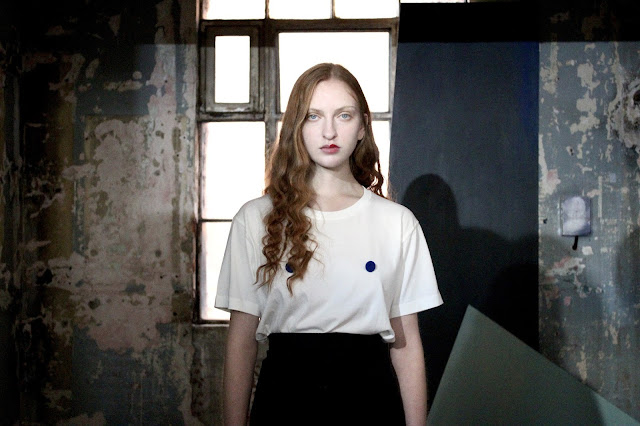 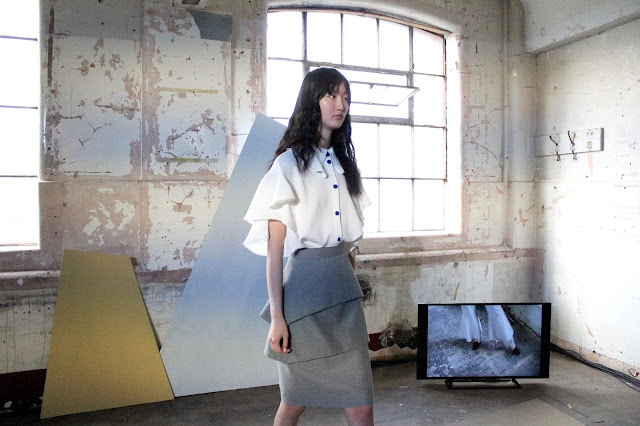