I wrote on Friday that New York Fashion Week: Men’s has yet to strike the same success as London Fashion Week Men’s due to its imbalanced ratio of commerciality to concepts. London is famed for being a breeding ground for emerging talent. Womenswear week in New York has seen success in recent years with the likes of Hood by Air, Vejas Kruszewski, Shan Huq, Eckhaus Latta, Moses Gauntlett Cheng, Vaquera and more, but the menswear week hasn’t had an equitable experience… until now. There were four labels, in particular, that stood out this season.

Matthew Adams Dolan has seen the world. From an early age he spent time in Australia, Japan, Switzerland, Australia again, and America, where he scored a scholarship at Parsons for the MFA in Fashion Design, sponsored by Diane von Furstenberg. He broached success in 2015 when Rihanna wore one of his oversized denim pieces on the cover of i-D and requested to borrow it after. His aesthetic is built upon the social experience he’s amassed. He draws upon people’s relationship with denim, the ease of it—he turns it into something catching, slightly off, less comfortable.

Playing with proportion is intrinsic to Dolan’s brand. The looks in his Fall 2017 collection, an amalgam of unisex proportion defying denim, velvet and wool conceptions. A red shirt styled with flowing, oversized jeans contrasted with the slightly undersized denim jacket that punctuated the look like a corset. There were ideas of protection, the models swaddled, swimming in the endless fabrics. The social context of Dolan’s work is pivotal; not only does it reflect his life but also the state of current affairs. Ideas of armour and protection have long pervaded fashion. A sociologist of a fashion designer one might dub him. It will be intriguing to see where his path leads. 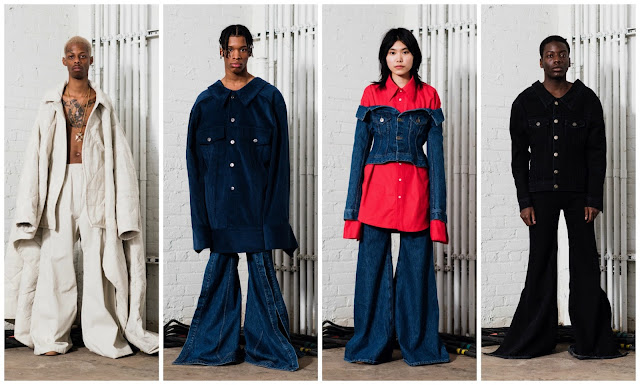 Emily Bode’s business, named after her surname, is still in its nascency. It launched last summer during the sophomore instalment of New York Fashion Week: Men’s. Chez Bode most of the pieces are one of a kind, according to the website. Sourced globally from Victorian quilts found in New England, to grain stacks from the southeast and bed linens from France, hand loomed and quilted fabrics from India, Japan and Italy: the emphasis on fabrication is evident. This cross-pollination of global fabrics enriches Bode, which prides itself on “understanding contemporary design and authenticity.” It’s good to know that brands who continue to stress the importance of authenticity still exist, in the overcrowded market.

Her Fall 2017 show was inspired by an old family home in Cape Cod, Massachusetts. Conversely to the prescribed season, this was a summery affair. Capturing the final days of summer languor, Bode’s characters are intellectuals, it’s visible in the styling—they’re chess-playing, novel-devouring, thought-provoking individuals with a golden hour light cast over them. Her use of textiles from different epochs proves for something hard to come by de nos jours: it’s rich, immersive and nostalgic. 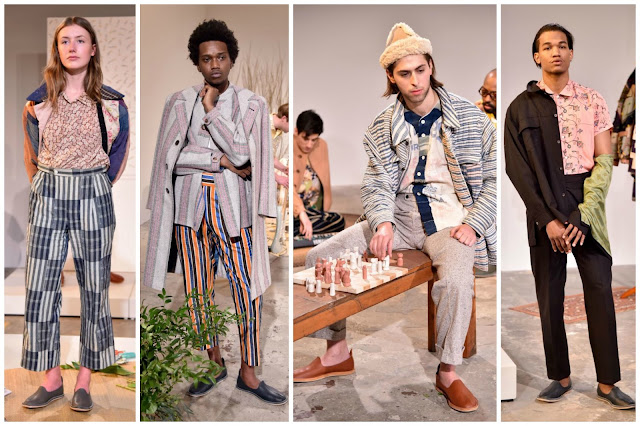 Robert Childs launched his label Childs in January 2016 at NYFW:M. In his third season, the Thom Browne and Adam Kimmel alum continues to cultivate quietly subversive territory on the menswear calendar. His motivation to make menswear came from the lack of clothes for him on the racks. Speaking to Document he said, “items I wanted didn’t exist where I was shopping: pieces fro eras when it was cool to dress very masculine, but brought to today through fabrics, fits, cuts.” His developmental process proceeded from that point. He strived for approachability and functionality with his vision of classic menswear.

His Fall 2017 collection featured the classic staples: a double-breasted suit, tailored finely; wool crew necks; jackets accented with white and lilac stripes; a pleasant mix of formalwear-meets-casual wear that contributes to the label’s approachability. There aren’t many bells and whistles to be found at Childs, it’s characteristically New York: commercial. But in every collection there are a few bolder pieces—in the context of the collection as a whole. “Few are taking a subtler approach. We’re the sleepers. We want to be the quiet cool guy.” 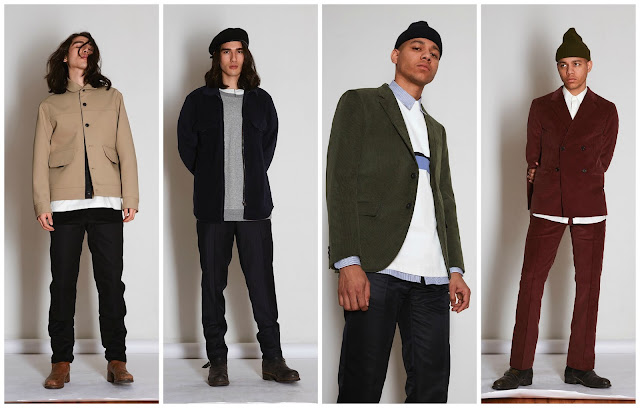 Alejandro Gomez Palomo’s Palomo Spain label is the antithesis to Childs’ statement. Inspired by the Meadham Kirchhoff brand of madness in beauty, Palomo’s mission is to beautifully dismantle notions of heteronormativity. Born in Córdoba, Spanish flavour diffuse Elizabethan costume with a view to the seventies. His debut NYFW:M presentation caught my attention as model and actress Hari Nef, stylist Marc Sebastian Faiella, model Jacob Bixenmann had been sharing the show on their social media feeds. Similarly, Vogue Runway’s Nick Remsen published his assessment of the show. The brand has presented in Madrid and Moscow in the past.

Palomo’s latest collection, with Troye Sivan, Hari Nef, Ryan McGinley front row, was the unexpected standout of the week. With scarlet and fuchsia petal structures punctuating the runway, the models wore looks that bordered costume territory. Certainly, there was pageantry here. Despite the grandiose glamour of the collection, Palomo didn’t lose out on saleability, which is primal to fashion brands. A blackberry double-breasted sailor-inspired outfit at the end of the collection was a noted standout for this critic. Ditto the couture-inspired architecturally-sculptured suit with an undulating hemline. There were whiffs of old world glamour, a tongue-in-cheek drag reference here and there; it was all perversely subverted by the drama and presence of the models who wore the clothes. An experience to say the least.


Palomo is on the brink of success. His designs are intoxicating, infectious and irresistible. Mentored by the right people and New York Fashion Week: Men’s could have its first major success story on its hands. 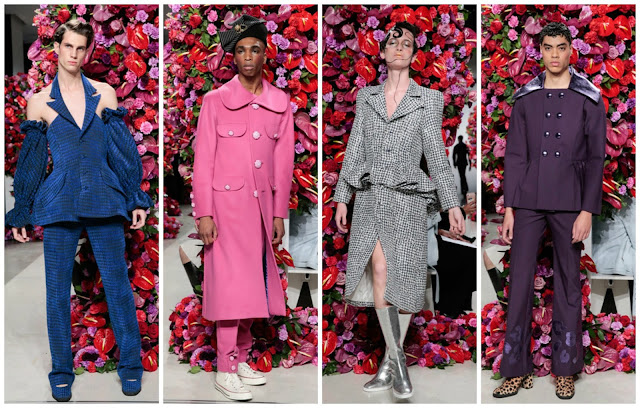 Vogue Runway, WWD, Zimbio
Posted by Paulidoodles at 6:00 AM