New York Fashion Week officially commenced yesterday. My daily coverage is back, for the third season running. Changes are afoot in the industry and this season’s NYFW requires a minute to gather and report on all the changes. Between see-now, buy-now and in-season showing to seasonless garments and new creative directors—there is a lot to be aware of. The noise of fashion is particularly apparent in New York where designers, who mostly lean on the commercial side of things, have adopted these new notions of fashion presentation: shows open to the public, see-now, buy-now, in-season, experiential events.

It was convenient then that Brock Collection presented their first show since winning the CFDA/Vogue Fashion Fund recently. They are proprietors of elegant, ladylike dressing with couture sensibilities. With the brevity of the New York schedule, this was a pleasant induction.

The Fashion Fund provided $400,000 to be invested into their business and mentorship from the industry’s elite, including Anna Wintour and Diane von Furstenberg, which will allow Laura Vassar and Kristopher Brock, husband-and-wife design duo, to advance their label to the next stage in its lifetime. Amassing impressive stockists and celebrity outings in their ladylike wares has helped build momentum for the label, founded in 2013. Their victory didn’t come as a surprise to most. They have the bones to be a burgeoning success story, one the American fashion industry can count on as it grows from infancy.

Their Fall 2017 collection was a confident, post-victory exploration of uptown chic. (One couldn’t help but envision Anna Wintour—front row with her ‘Fashion Stands with Planned Parenthood’ pin on—eyeing those warm furs and sharp jackets in rich hues.) WASPy fashion underscores much of American fashion today. Although it’s outdated, there’s something about the way some American designers—i.e. the Monse duo, Peter Copping when he was at Oscar de la Renta, and Vera Wang; now the Brock duo—sexualise the context, whether it be with be with flirtatious skirts, opaque tights and point-toe heels. It’s the 90s state of dressing that still lingers in New York. To put it frankly, when done right, as it was here, there is proof that it’s still something worth braving snowstorms for. 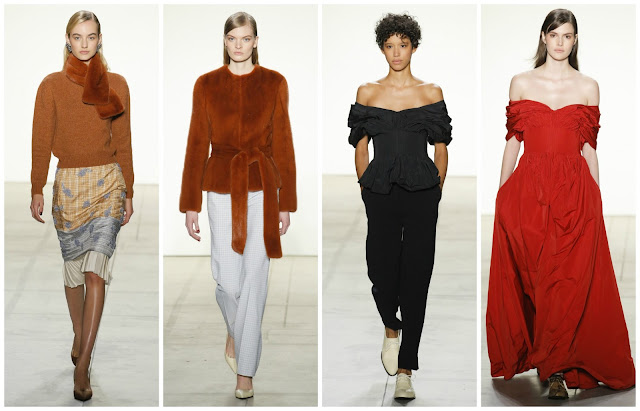 Thakoon Panichgul’s business is also experiencing the beginning of something new. Having been a prominent industry figure for years the Parsons alum stepped back from fashion early in 2016, postponing his fall 2016 show to September. With his return came a new store in Soho, a new business model and influential figures recently appointed within the house. Although the Fall 2017 season is at hand, this is his Spring 2017 collection.

Foregoing the formal runway show Thakoon opted instead for an intimate presentation with just ten looks. There was the air of a fete, that the clothes were in their natural habitat. They were typically Thakoon: flirty, feminine, frilly and fancy. He combined prints and patterns—florals and stripes, tonal against those—and layered different textures. When a designer scales back their presentation to ten looks, as many emerging London designers know about, the theory is that with a smaller output, there should be sufficient time to focus on the collection, and hence, the clothes should be better. These clothes served their purpose, but I was aching at the loss of a show.

New York Fashion Week kicked off as expected. It was commercial and elegant in its approach; tolerable in its entirety. In my books, it’s always great to be back on the official fashion circuit but New York is highlighted as the fashion week that has the least to be said about it. Yes, there were lovely clothes. But they were just that. Here’s hoping for some magic from Raf, Alexander Wang and Marc Jacobs in the forthcoming days. 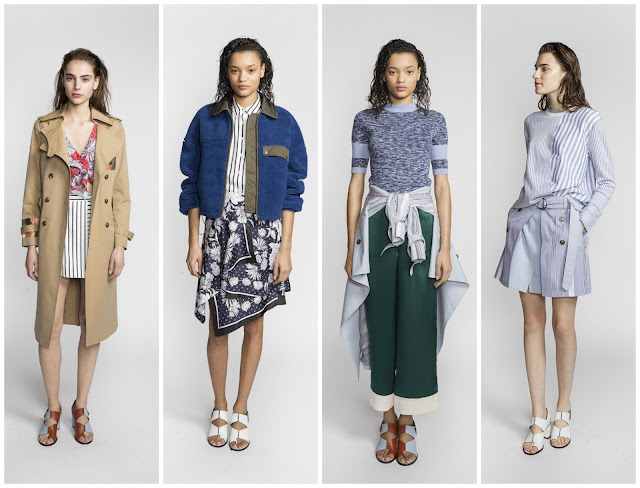 Vogue Runway
Posted by Paulidoodles at 9:00 AM