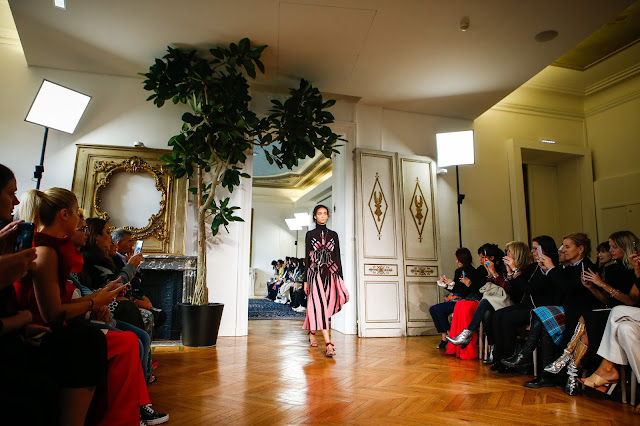 Pier Paolo Piccioli has been flying solo at Valentino since last summer when it was announced his co-creative director Maria Grazia Chiuri would be decamping to Christian Dior, to assume the role as creative director—the first woman to do so. Since her departure Piccioli has presented four collections which is not only a testament to the demanding fashion industry but also to his innate stamina, particularly after one half of the lead design team no longer works there.


In the past three weeks Piccioli has presented three of the four collections. On January 11, in New York, he showed a remarkable pre-fall collection which oozed femininity and modernity. The week later, in Paris, he showed his first full menswear collection; he didn’t eschew from the refinement Valentino men’s is synonymous with. He looked to England in the seventies, employing Jamie Reid—who created the Sex Pistols typography—to fashion him pithy slogans. It undoubtedly captured gentlemanliness. Earlier this week he displayed his first couture collection, borrowing references from Greek mythology. It was exquisitely ethereal as the couture usually is… an exciting proposition for the customer. 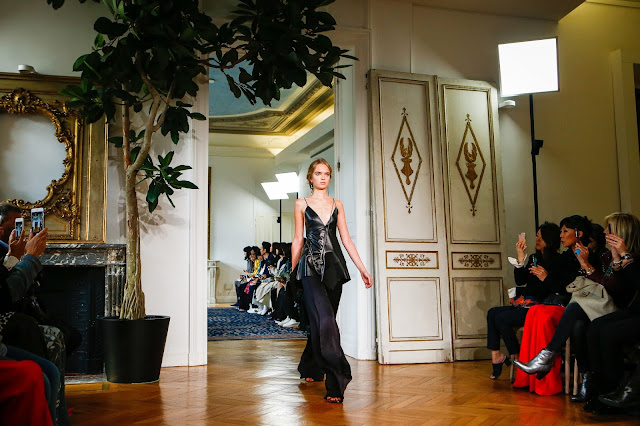 It was his debut—of sorts—that confirmed a subtle redirection in the Valentino aesthetic. For Spring 2017 he began by switching venue. Generally, the Italian house erect a tent in the Jardin du Tuileries but this season he opted for the Hôtel Salomon de Rothschild (where the couture and menswear shows are often held.) A stately venue, the show opened the with a model wearing a loose, pleated day dress with pink accents.

The pink used was indicative of a collaborator, whom Piccioli enlisted to work on prints used: British designer Zandra Rhodes. With her shocking pink hair, the designer appeared on his mood board and her signature bob was echoed in the clothes. (From the opening look, to a delightfully patterned velvet-accented coat or an intricate lace-embroidered evening gown in the finale troupe.) Rhodes’ prints were a modern interpretation of Hieronymus Bosch’s painting ’The Garden of Earthly Delights’. It wouldn’t exactly be a Valentino collection without a painterly renaissance reference.

In a sense this skewered numerous renaissance points for Valentino, Bosch’s triptych appearing being an obvious one. Zandra Rhodes rose to stardom in the 1970s, a renaissance for fashion—and Hollywood. This is also a time for Piccioli to reinvent, to discover and design some self-serving fashion. Perhaps the newfound edge was something he yearned to do but Chiuri’s penchant for pretty surface decoration and ethereal femininity held him back. Now that the element of compromise has been relinquished he is free to explore the punk references he might’ve wanted to years ago. Secondly, Valentino has always been a house with romantic, Italian sensibilities—Piccioli and Chiuri proud Italians. However, here it appears an English subtlety is pervading his work, what with the Zandra Rhodes and Jamie Reid. That’s not to mention his casting—Valentino can be alarmingly white, but positive changes were made. The casting didn’t move mountains but it was a step forward.


I’m tentative to label this a new beginning seeing as Piccioli has been at Valentino since 1999. It was a beginning—the first without Maria Grazia Chiuri. It was also a continuation, of doing what he does best: designing wearable, feminine, modern clothes for the customer. There is something refreshing though about starting a new chapter. 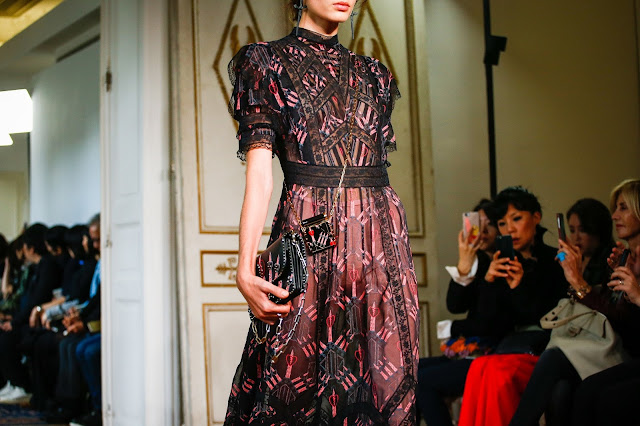 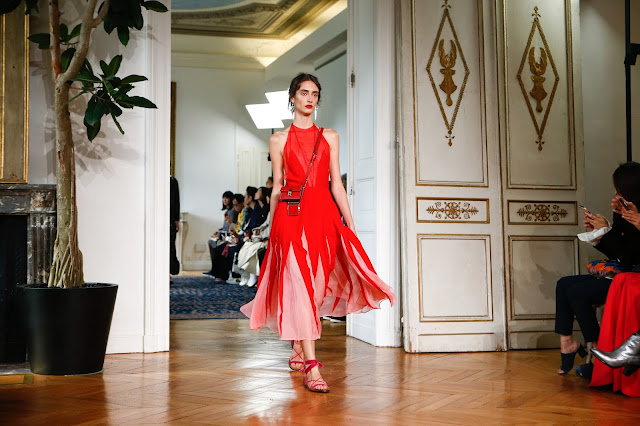 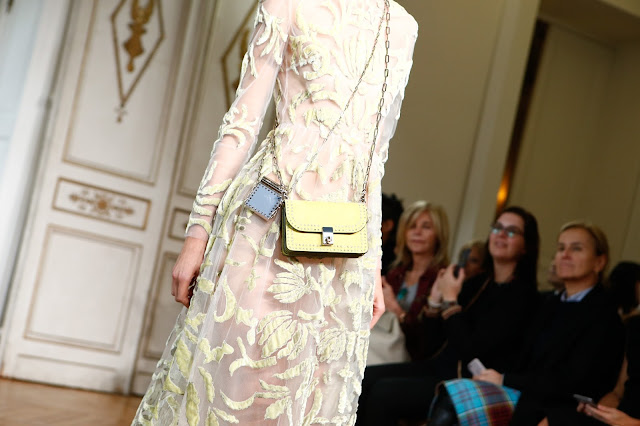 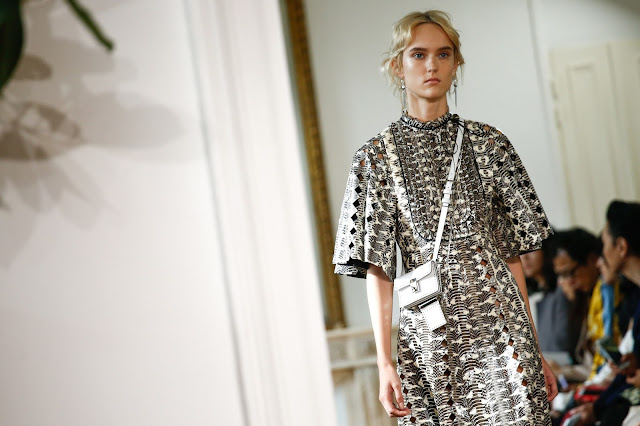 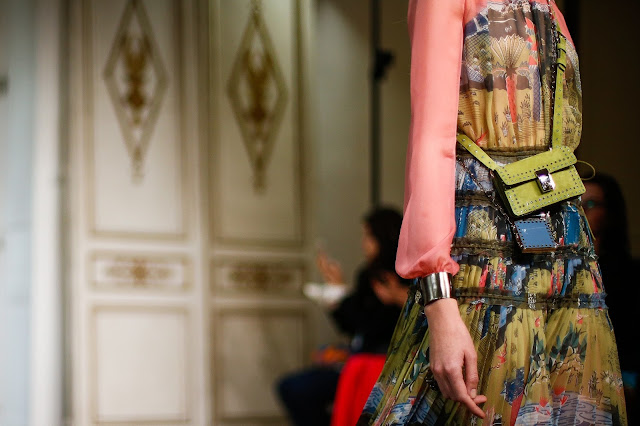 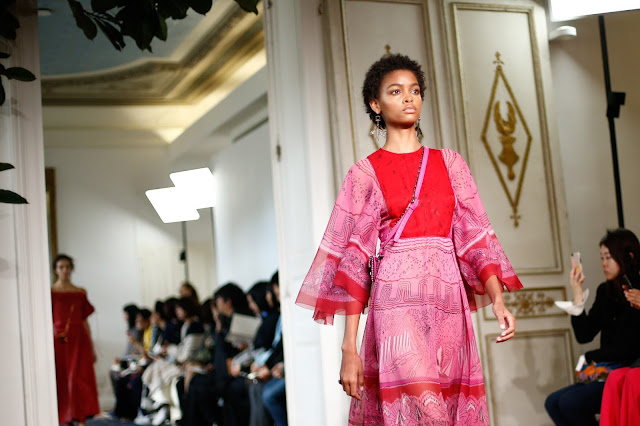 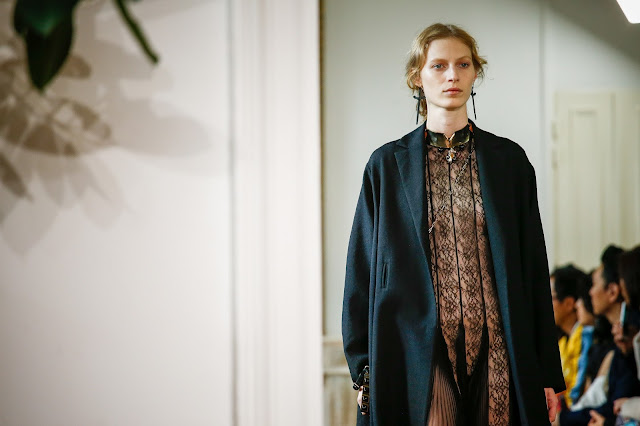 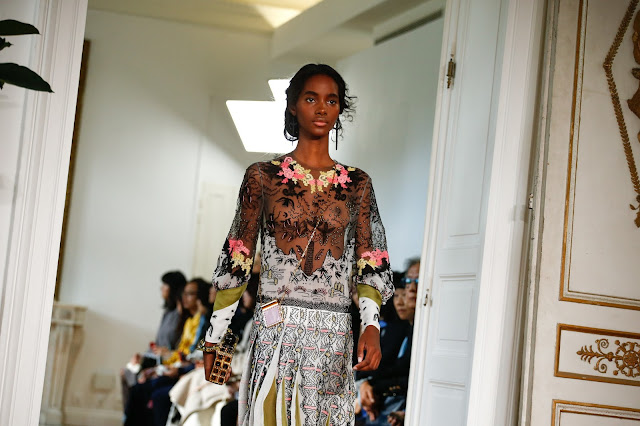 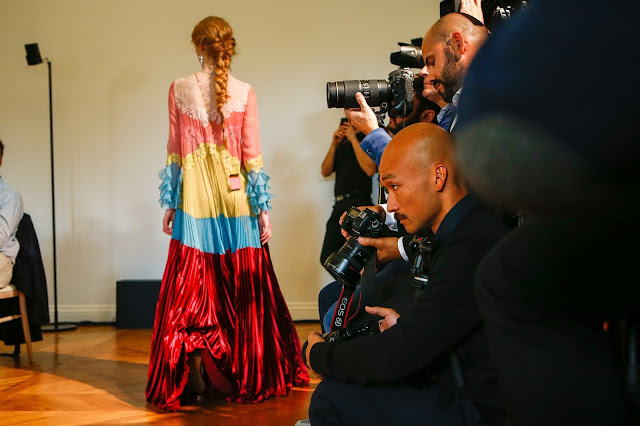