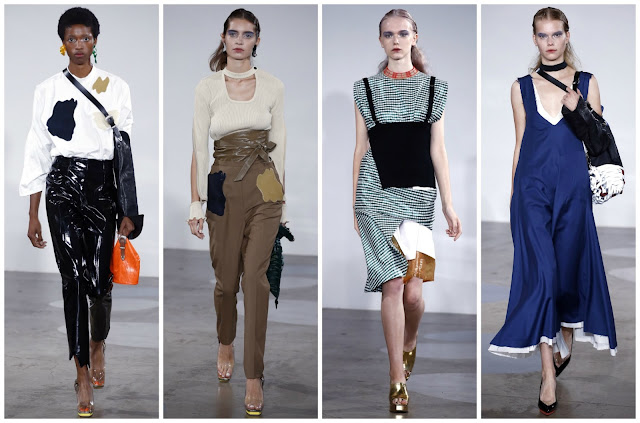 Yasuko Furuta’s Toga has been proudly placed on the London Fashion Week schedule for a number of years now. The Japanese designer has thoughtfully invigorated with her unique brand of fashion—she’s a designer for a “complex woman”. It’s been a fascinating watch, seeing Furuta develop her brand and contend with the fast-paced industry, without compromising her individualistic aesthetic.

‘Flux, Temperance, Release’, she titled her latest collection, shown on the final day of London Fashion Week in September. Flux denotes continuous change; temperance meaning moderation or self-restraint in action; release symbolising freedom from anything that restrains. Of course, those terms have obvious connotations with water: flux, the movement; temperance in relation to alcohol; release and the rush of water.

Flux, temperance, release are three terms applicable to the current state of fashion. Everything is in ‘flux’—designers are showing whenever and wherever they feel like. Public School who ditched the schedule last season are back to New York Fashion Week this season ahead. Demna and Guram Gvasalia’s Vetements continues to prosper despite its off-season approach. Gosha Rubchinskiy presenting his menswear in Kaliningrad—nobody is fazed anymore. ‘Temperance’ pertaining to consumerist ideals and consumption of fashion, whether it be physical or intangible. Furuta doesn’t do simplified fashion—her work is complex and she makes her clothes worth the challenge but also worth your money. ‘Release’ is possibly ranked directly after ‘flux’. The amount of imagery consumed during fashion month is terrifying. Furuta’s show alone probably saw thousands of images shared and reproduced across the internet.

Whether the above was Furuta’s intent, this added level of intellectualism heightens the already intense experience of viewing her exquisite fashions. There’s something off about latex trousers with a white blouse boasting amorphous blobs or a knit top with ancient imagery or a latex shirt and asymmetric skirt pairing. Specifically, her repeated use of latex, with its watery finish, points to something else prominent in Furuta’s work—her fetishistic streak. Latex and the way models waists were bound with large belts, corsetry and suspenders featuring too—it reminded one of the erotic oeuvre of Nobuyoshi Araki, the Japanese photographer who captured his subjects bound and/or nude.

Furuta effortlessly intertwines the relevant reference points providing an engaging, searing, thought-provoking procession that I would expect from a London designer. Water, conversations about the state of fashion and fetish—who knew one could build a collection around them.


There’s something in the water. Drink up. 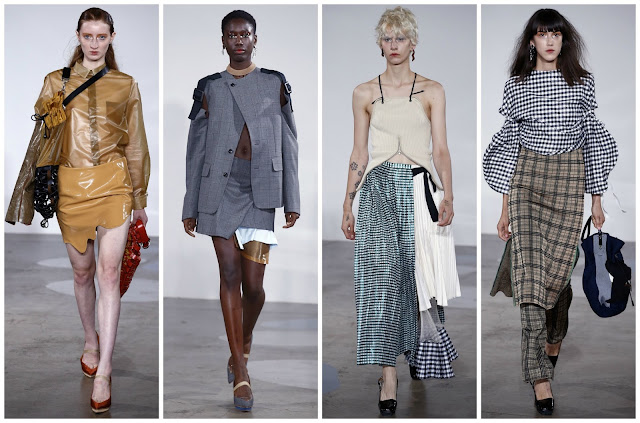