'Stoppers: Photographs from My Life at Vogue' by Phyllis Posnick

It was exciting, on Christmas morning, to receive Phyllis Posnick’s book Stoppers: Photographs from My Life at Vogue. Posnick has been the executive fashion editor for American Vogue for almost thirty years. Throughout her lifetime at Vogue, she has produced jaw-dropping imagery with the assistance of the nine prolific image-makers she tells her story through in this book. ’Stoppers’ was a term coined by Alexander Liberman who was the former art director at Vogue, before he became the editorial director at Condé Nast. It captures her ability to coax an arresting array of intelligent imagery from a given photographer.

The nine image-makers that have worked closely with Posnick have produced some of their best work on shoots with her. Steven Klein, Tim Walker, Helmut Newton, Patrick Demarchelier, Bruce Weber, Annie Leibovitz, Mario Testino, Anton Corbijn and Irving Penn (to whom the book is dedicated to) are the nine names

Unlike other Vogue editors, such as Tonne Goodman, Camilla Nickerson, Grace Coddington, who have eight to twelve pictures to tell a story—Posnick has one or two. Generally, her work occupies the health and beauty pages which sees her produce thought-provoking work that truly stands out in the pages of American Vogue, which famously doesn’t venture far into the wild side.

“She could be the creative offspring of Lee Miller and Luis Buñuel: from the former, a deep commitment to photojournalism, that an image should always convey a clear and direct meaning; and, from the latter, a twisted, surreal sense of humour, with Phyllis deploying a little shock value to draw you deeper and deeper into the narrative of the picture,” Anna Wintour writes in the foreword to the book. Speaking very highly of her colleague, Wintour manages to encapsulate the sheer brilliance of Posnick’s remarkable work. 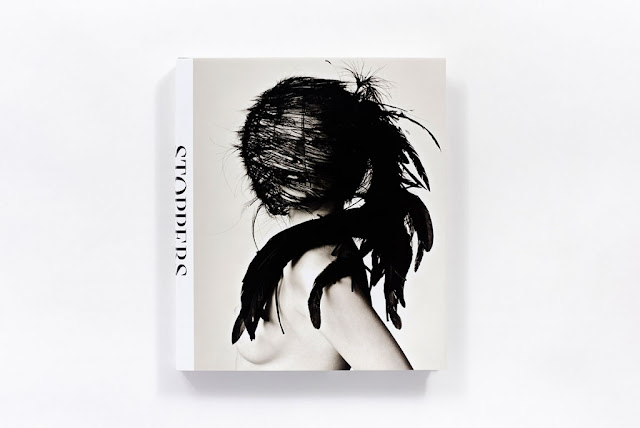 Steven Klein
“Steven is the only photographer I know who can turn a child’s inflatable pool toy into a sexual predator” are the words that Posnick opens the first chapter with. American photographer Klein is critically-renowned for his gripping portrayals of strong, powerful women in extreme situations. Caroline Trentini arriving in a room with a man wearing a bunny head and a sharp tuxedo from 2010, to accompany a story about female Viagra’s controversial results; or her standing in a meat locker; ’Toyland’, the aforementioned inflatable pool toy shot where a nude model stands before an army of inflatables.

“I try to anticipate which strange direction he’ll take with the subject, but I’m always surprised, and usually wrong,” Posnick remarks. 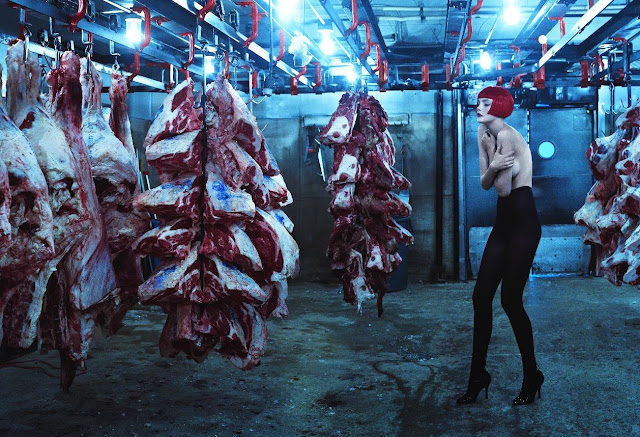 Tim Walker
Walker’s romantic dreamscapes have lent themselves to Posnick’s work. Both are extraordinary storytellers, with a penchant for the perverse. “It’s exciting to work with Tim because the photographs we do for Vogue surprise our readers and sometimes surprise our editor-in-chief because they don’t always look like ‘American Vogue’”, which is why Walker’s work for Vogue has been so fascinating. His detailed approach to working and expert use of colour add a dreamy, beautiful air to the magazine.

A personal favourite image of mine is when Vogue reported on the beehive hairdo trend and tasked Walker and Posnick with creating the accompanying image. The result is Guinevere van Seenus in a yellow Alexander McQueen honeycomb dress with superimposed bees. A tongue-in-cheek trend analysis to be remembered forever. 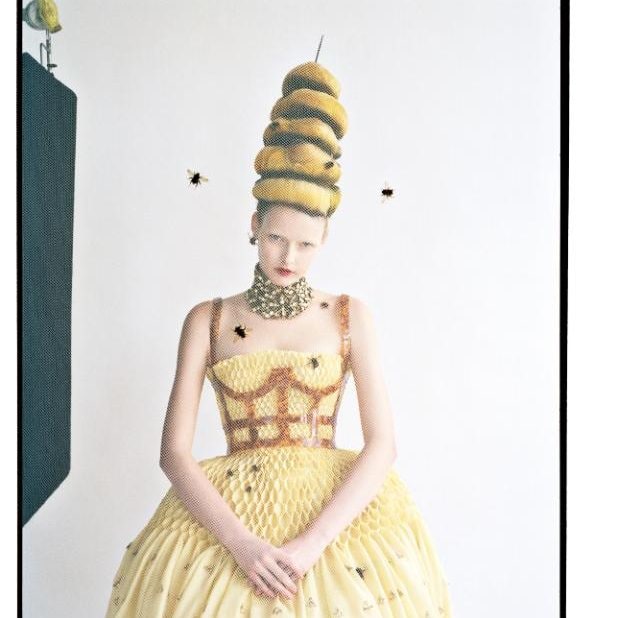 Helmut Newton
“Helmut could do strong photographs anywhere—day or night: in the noon sun, under a street lamp, in a phone booth, using a car’s headlights, or in the underground garage of his buildings.” His work has been executed in many of these exact situations. The second image of Newton’s work in the magazine is set in a bathroom, where a moody model is on her knees, wearing lingerie, scrubbing splattered blood from the floor, the outline of a body menacingly drawn on the tiles.

Posnick shares in the book the reaction of Vogue readers to Newton’s provocative work. Many were horrified by the uncompromising imagery the magazine ran by him. Nevertheless, he enjoyed all the “anti-Newton” letters and even asked Posnick to forward them to him for his archives. 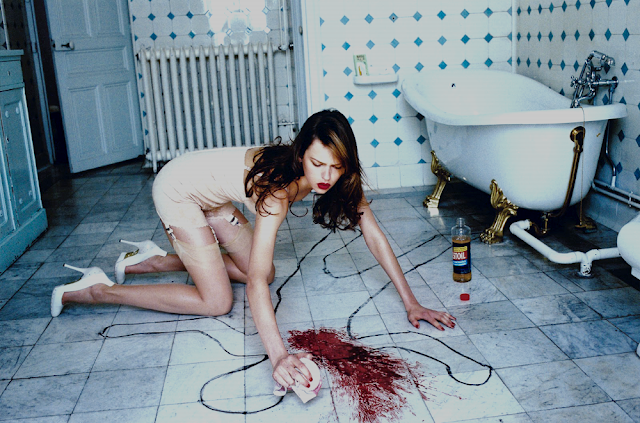 
Despite the language barrier, Posnick and Patrick Demarchelier have produced some fabulous work together. The French photographer came to America in the 1970s, when Posnick first met him. Four decades later and the two are still working together. “Vogue doesn’t publish conventional beauty pictures. The ones that Patrick takes are as close as we get to ‘pretty’, but they have a little twist that makes them unusual.” A prime example would be a picture of model Karlie Kloss, gazing longingly over her shoulder, the yellow tulle over her face painted. Julien d’Ys, hairstylist, painted the face on Karlie to tell the story of extreme eye makeup on the Spring 2010 runways. 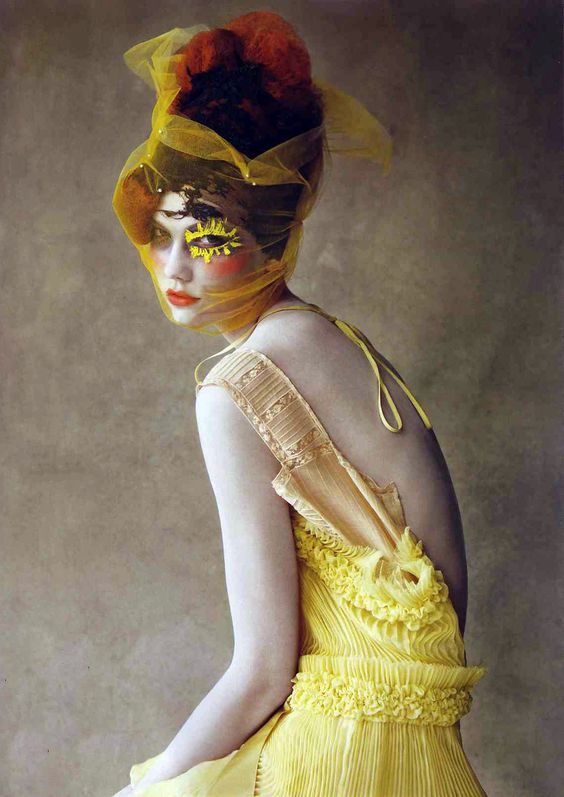 Bruce Weber
It is a fleeting chapter, the one dedicated to Bruce Weber. Posnick explains, “one of the greatest regrets of my career is that I haven’t worked more with Bruce.” Bruce’s traditional brand of portraying macho masculinity was domesticated by Posnick, who solely allowed Weber to capture throbbing passion in his work. Whether it be actress Michelle Rodriguez growling at the camera or Olympic athlete Carmelita Jeter racing a horse or athlete Jennifer Parilla in flight, front-flip is a testament to Weber’s ability to capture human emotion. 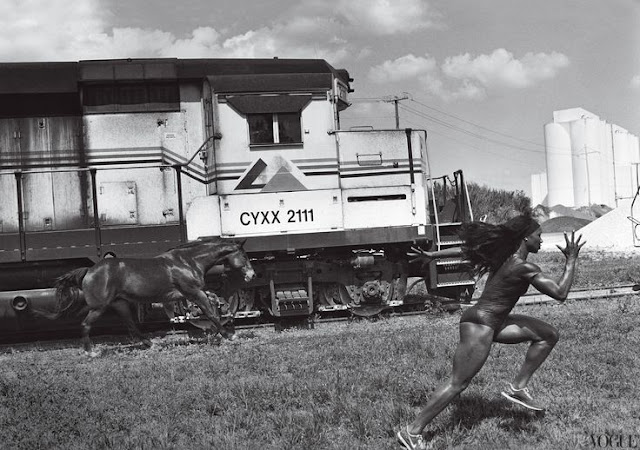 Annie Leibovitz
One of the first image you’re greeted with in the book is of Posnick herself, seated in her work uniform—comprised of a white shirt and navy trousers. The portrait was done by Annie Leibovitz, Vogue regular, and was shot in the Whitney Museum, which as then under construction. Posnick regales how tension arrived during the shoot—Leibovitz wasn’t happy with Posnick’s clothing selection and couldn’t find an appropriate shooting location within the Museum. Attitudes changed during the photoshoot that afternoon when Posnick experienced the unique feeling of ease with Leibovitz’s lens. Posnick understood that’s how Annie manages to captures celebrities ranging from Angelina Jolie and Benedict Cumberbatch the way she does—they’re at ease. 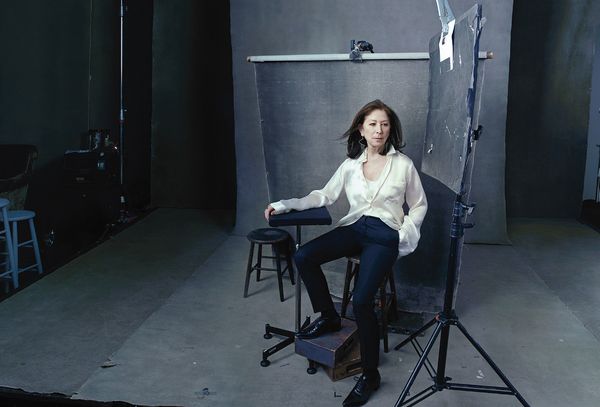 Mario Testino
If there was a creative’s name so closely linked with American Vogue and it’s contemporary history it would Mario Testino. Peruvian-born Testino has been tasked with photographing actresses such as Jennifer Lawrence, Lupita Nyong’o, Blake Lively, as well as models Karlie Kloss, Kate Moss and more for the covers of the magazine over the past few years.

He has also had the opportunity to work with Posnick on multiple occasions and his work with her has been documented here. An image that sticks out in my mind for the catalogue Testino has produced from working alongside Posnick is an image of all-American model Karlie Kloss nude in the desert, covered in a clay mask. Another tongue-in-cheek example of Posnick’s brand but on a simpler level, an unforgettable image. 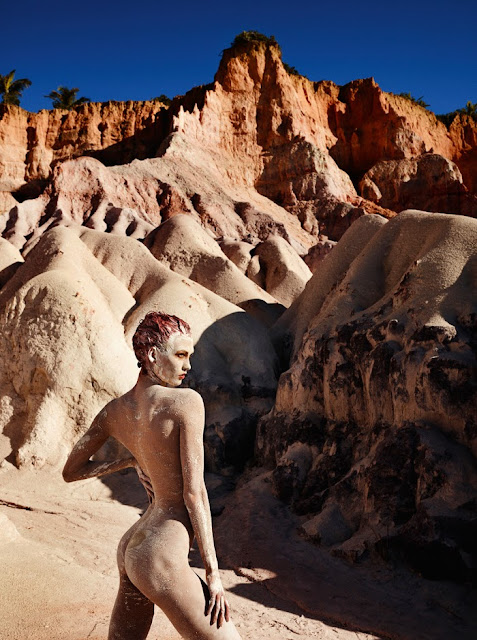 Anton Corbijn
“She pushes me to make ‘my’ photographs and not try to fit into the Vogue style,” says Corbijn, who prefaced the book in a short passage. The British photographer details how apprehensive and uncomfortable he was on his first collaboration with her. As time has progressed, Corbijn finds himself in a comfortable position with Posnick. “When I work with Phyllis now, it is an educational day out. It is not a total Zen experience, but at times we are getting dangerously close to it.” That must be the dream for an image-maker working alongside an editor.

Corbijn is generally tasked with cultural happenings that appear in the back pages of Vogue. Broadway stars, film stars, chefs, artists—his naturalistic oeuvre has featured many of the worlds renowned creatives, performers and creators. 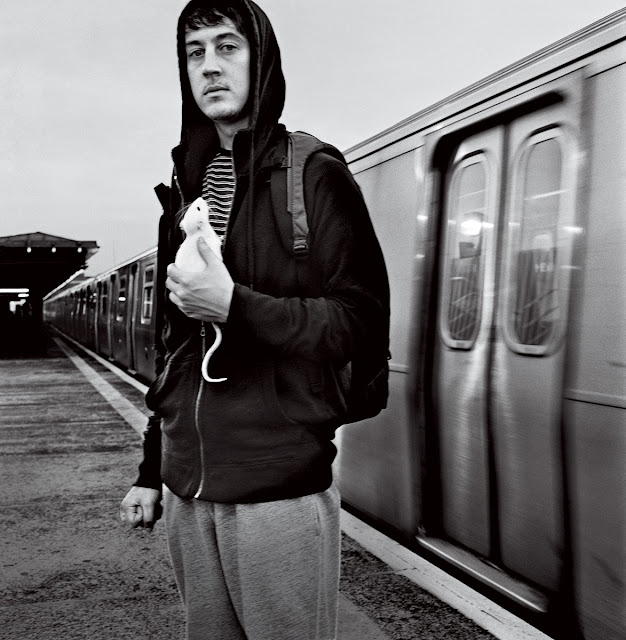 Irving Penn
Posnick dedicates the book to Irving Penn whose work comprises the last chapter of the book. It isn’t a coincidence that Posnick pens the longest passage about Mr Penn, as she called him. She comments on his meticulous nature, his passion and drive, his demanding streak and his ability to create a fantastic image. Penn’s section of the book also features the largest body of work. My personal favourite is of a bee placed on the orange-lacquered lips of a model’s open mouth. A play on bee-stung lips—a botox craze—the image features all the components of a classic Posnick image: the twisted, surreal sense of humour, the clear and direct meaning, the dedication to unforgettable photojournalism. Through all nine photographers work, Posnick’s career in a nutshell. 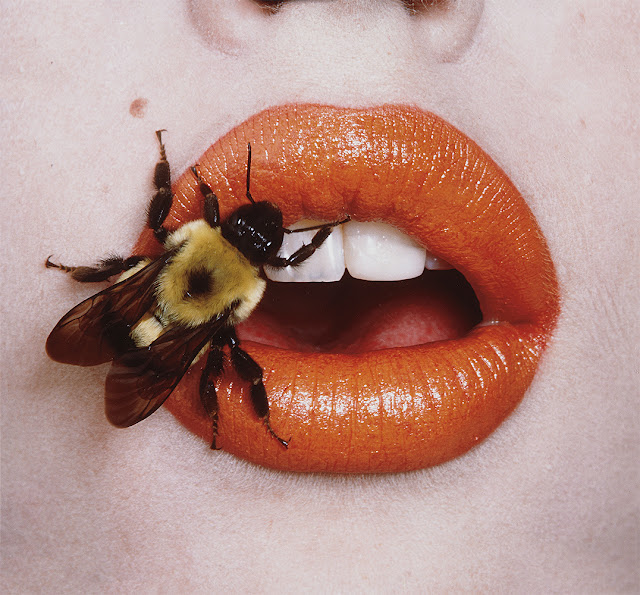 Email ThisBlogThis!Share to TwitterShare to FacebookShare to Pinterest
Labels: Books