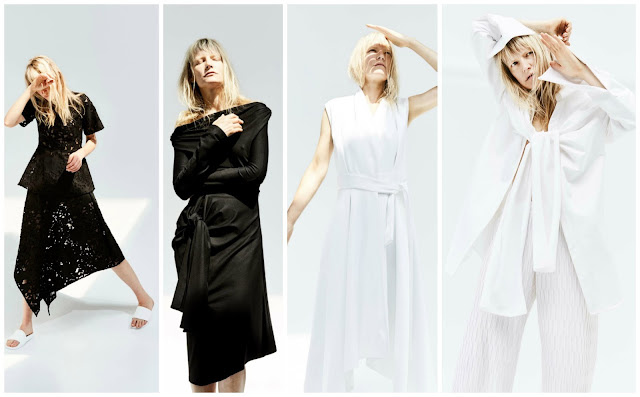 “In a world crowded by celebrity, it is refreshing to remember those who fought for equality,” read the show notes at Sid Neigum’s sophomore presentation on the London Fashion Week schedule in September past. The Canadian designer showed for the second time with the facilitation of the DHL Exported programme which allows designers to expand their reach internationally. The statement, about celebrity culture, is obviously true. In a world where a reality television host can become President of the United States, a rapper and impresario plans on running, the word ‘celebrity’ has truly taken on new meaning. The horrors of celebrity were exposed in 2016, between the aforementioned reality television host rising to power in America to the eyeopening effects of Kim Kardashian’s accessibility. It’s sad that we continue to be swept up in the headlines—Sid Neigum gave us a reality check.

He was thinking of Ernestine Rose, the individualist feminist and influential figure in women’s rights in nineteenth-century America; Simone de Beauvoir, French writer and feminist; Marlene Dietrich, subverting the lines between femininity and masculinity. It’s also true to say: they don’t make characters quite like these anymore.

It is difficult in a time when modern day feminism is a commodity to create a collection centred on three prolific women who pioneered feminist thought and interacted with gender in unprecedented ways. Maria Grazia Chiuri’s debut at Christian Dior raised questions when a model took to the runway wearing a ‘We Should All Be Feminists’ logo t-shirt; although I’m sure it came from an honest place, one couldn’t help but think this was a facile attempt to pander to a younger customer while also garnering social media clicks. That collection is especially jarring when placed next to the work of someone like Dilara Findikoglu, Paula Knorr who prioritise woman empowerment in their work. But as many have astutely pointed out: a designer who creates clothing that will make a woman’s life easier is an act of feminism in itself.

Sid did that here. He expanded up last season, with its mathematical references and architectural prowess; he watered down his aesthetic to make it more commercially viable. Don’t get me wrong: his last outing was inspired, but there were improvements to be made. He tackled his naivety and pushed lighter silhouettes, such as with the asymmetrical broderie anglaise peplum dress and the white jacket with a bow fastening. (There were whiffs of the great Japanese tailors in the collection and it certainly gave the collection some more direction.) Away from the black and white there was a subtle grey which came in the form of loose dresses over tracksuit trousers. There was also a striking red, accented with black trimming, in each case, for definition.

Undeniably, Sid’s looser fabrics made a daring, grommeted Comme-esqe jacket look out of place. It was an interesting statement piece, one for those with a penchant for a more architectural piece—however, it belongs in a different show.


Sid is slowly but surely laying the foundation for growth. Here he immersed us in a looser collection, inspired by the feminist icons of yore. His work isn’t quiet and it isn’t loud. Where does that leave it? He’s on the right road to discovery. 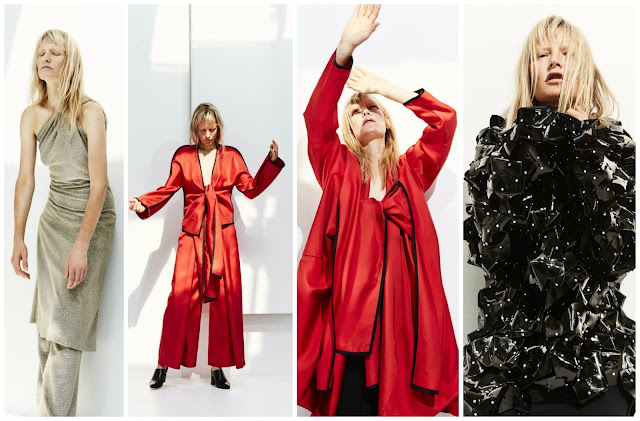