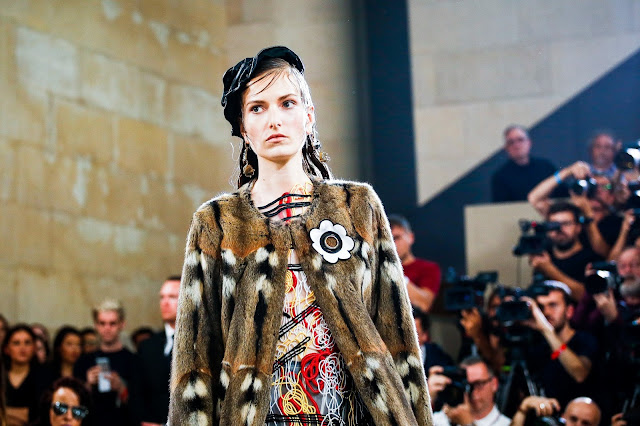 One of my favourite pieces of fashion journalism from 2016 was a profile of Christopher and Tammy Kane by Deborah Orr. “Christopher and Tammy Kane: From Newarthill to Mayfair” was published in the autumn/winter edition of AnOther magazine. The profile was a revealing insight into the upbringing of Christopher and Tammy, how they made it from the unglamorous North Lancashire to the bright, buzzing metropolitan London. After reading the piece and then casting a second glance at the Spring 2017 collection, I was given a deeper understanding of the show.

Spring 2017, presented in September, was entitled ‘Make-Do and Mend’, a reference to the Second World War. Kane was thinking of post-war rationing, the resourcefulness of the women. “Strangeness” and “redemption” were also used in the show notes provided. His unwavering knowledge in curating pieces that look as if they’ve been thrown together from surplus fabrics is admirable. While some looks had an undoubted polish, most were dishevelled. He subverted post-war femininity and resourcefulness with aplomb.


Resourcefulness wasn’t exclusively linked to the Second World War. Kane was also mining his own design handwriting to produce what could pass as a ‘greatest hits’ collection, but it was so much more than that. There were notable nods to his graduate collection: stretched bodystockings adorned with feathers and silver hardware reappeared after ten years. The interconnectedness of his tribute to Louise Wilson (Spring 2015), his artful illustrations (Fall 2015), his love for pansies (Resort 2017) was jarring at first—but your interest encouraged further research. His recent history, his connection with the New Primitivism and outsider art (Spring 2016/Fall 2016) returned in this collection. One felt last season’s show, albeit in a muted colour palette. The familiarity of it all was enhanced by new techniques, silhouette advancements and plans for the future. 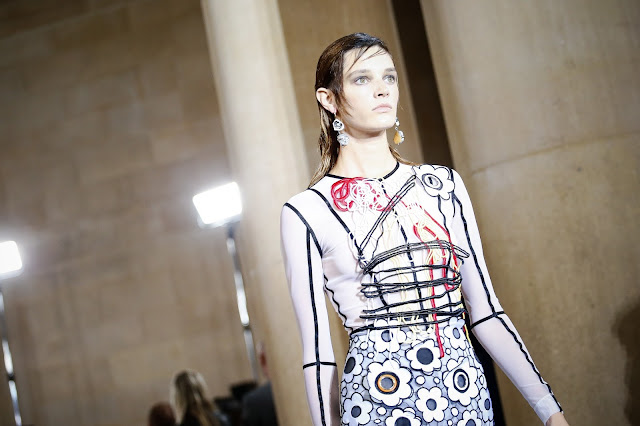 With Orr’s profile in mind, reexamining the collection illustrated the “characters in [their] neighbourhood.” According to the Kane’s account “there were people who’d obviously been touched by a little bit of madness or depression because obviously a lot of things had happened.” You could say this unsoundness of mind was prevalent in the show with the perversity of the styling. Pointing out the “road kill” fur that opened show and ran throughout the collection is an obvious one—just the nature of the name indicates that. Secondly, the Crocs collaboration—yes, Crocs collaboration—sharply contrasted to the sophisticate edge of the clothing. Women would be considered mad for pairing the unattractive accessory with such a look. Newarthill, despite it being a cultural blackhole, was very much present in this collection.


“The transformation of clothing—the alchemy of making something out of the humble and discarded—is elevated to sophistication by Christopher Kane.”  It simply couldn’t all be bedraggled or else it wouldn’t sell. Transforming the collection into something elegant further contributes to the overall unnerving, deranged image the show conjures. Ten years on, it wouldn’t be a Kane show without that unsettlement. 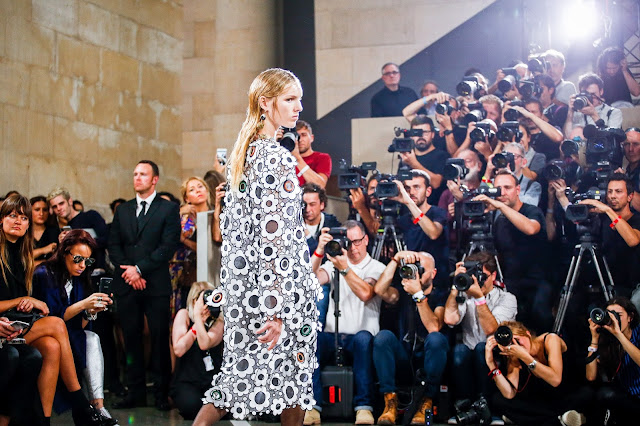 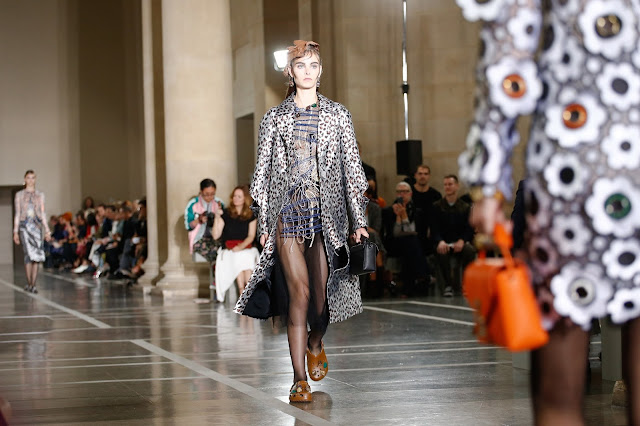 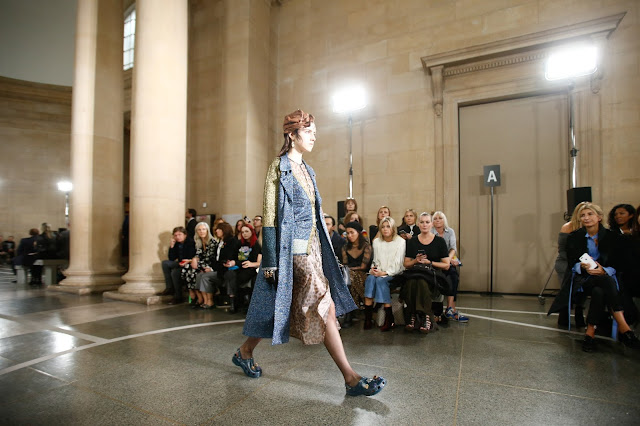 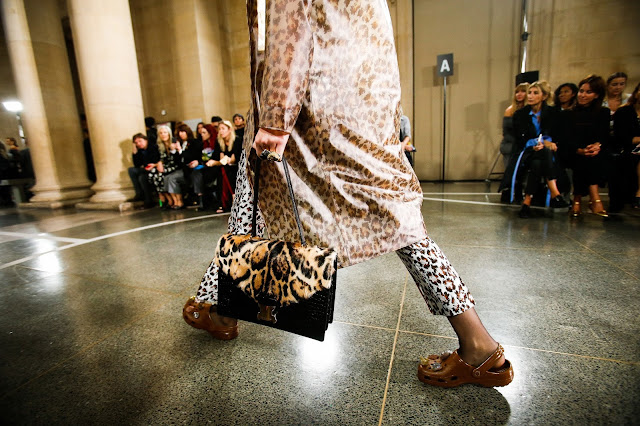 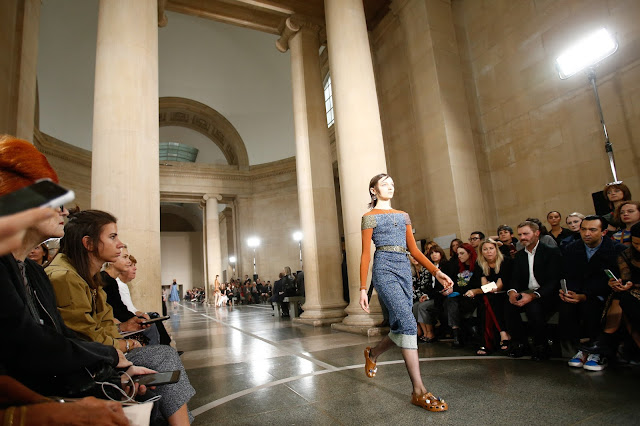 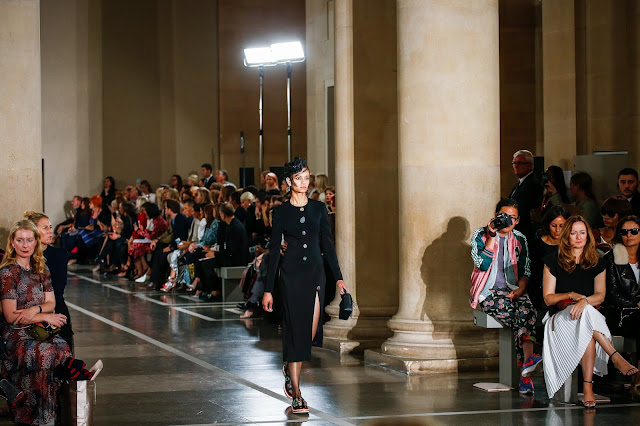 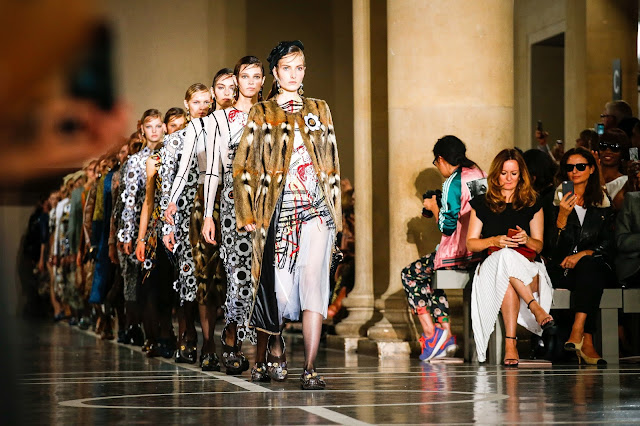 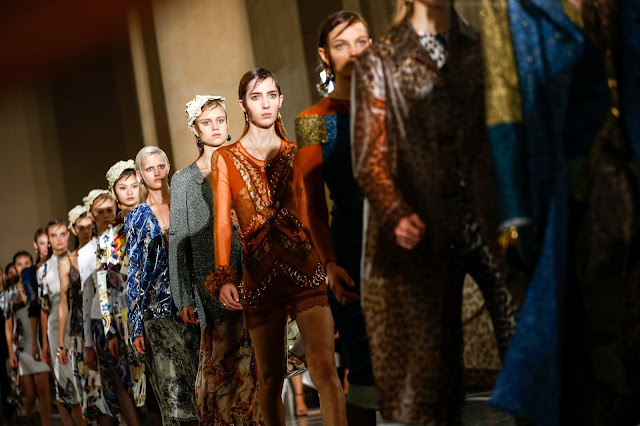