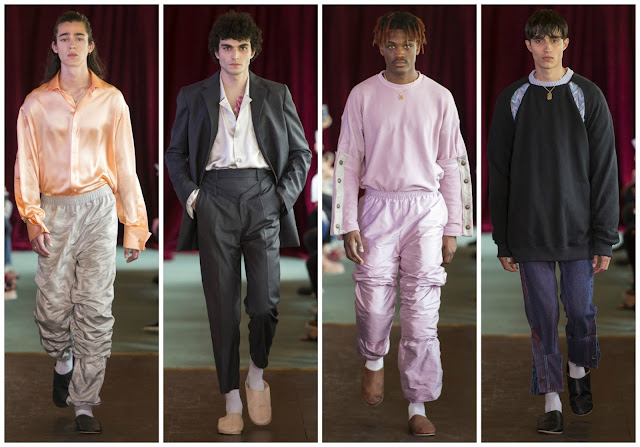 “I had no background, no knowledge. I had never heard of Margiela.” Those words came from Glenn Martens, creative director of Y/Project, in an interview Revs magazine. Martens spoke to the online magazine about his beginnings, how he graduated as an interior architect before deciding to pursue fashion. It was a chance happening, so he says, turning up to the entrance exams for Antwerp’s Royal Academy of Fine Arts from a music festival. The school’s alumni include Dries van Noten, Demna Gvasalia, Martin Margiela and… Vincent van Gogh. (The school is Belgium’s answer to Central Saint Martins, a breeding ground for international talent.) Fast forward and Martens was appointed creative director at Y/Project.

I didn’t know until recently that Y/Project has been in existence since 2010 when it was founded by Gilles Elalouf and Yohan Serfaty—a businessman and designer partnership.Serfaty died of cancer in 2013. Elalouf searched for the successor and eventually he chose Martens, who had worked as Serfaty’s first assistant once upon a time. Martens is quick to point out the difference of aesthetics between Serfaty’s and his own. He compliments Serfaty’s subversion of the classic trope of darkness—Rick Owens name pops up often in his interviews—but Martens asserts he is of a different spirit. His work is touched by a brighter brush although it’s not always gentle.

In his profile in the New York Times, Martens labels his aesthetic “poppy, trashy, transgender vibe.” He regularly teeters on the line between good taste and bad taste. The Belgian designers that have come before him have a keen eye for doing this—Vetements’ Demna Gvasalia is a prime example. There is something problematic about saying your aesthetic has a “transgender vibe” seeing as transgender issues are never reflected in fashion, transgender models are rarely seen on runways and all designers seem to do is use it as fashionable lingo to attach to their collections. Y/Project does present most of its clothing as unisex, but Martens words were slightly miscalculated.

“Freedom and absurdity” are terms he has used to describe past collections. They are perhaps a better caption for his concept. They could belong to any of his collections but particularly his Spring 2017 menswear show presented last June during men’s fashion week in Paris. Drawing on the items he sees on the street, Martens takes even the ugliest of items and challenges himself to make them pretty. While most young labels strive to show grit and rawness in their work Martens’ sensibility brings subverted beauty to the table which, in turn, is free and absurd.

He opened the show with a peach-hued silk blouse and baggy joggers—good-taste, bad-taste fused in each item. The ensuing lilac suit once again merged an distasteful colour with a classic wardrobe piece. His odd colouration continued with maroons contrasting to yellows, dark pinks and rust, pale green and off-white, bright blue and denim. The ill-fitting trousers returned in elasticated joggers. Other items that thrived on the good-taste, bad-taste methodology were the voluminous denim jeans that probably belonged in a family member’s closet in the 1980s. The modern items were the bomber jackets (would it be a menswear show without one?) and the peculiarly cut leather jackets. There modernity derived from the fact Martens cut them interestingly, thoughtfully.

The innovations in his use of denim were also fascinating. The turned-up bottoms were brilliantly inventive, as were modified waistbands that appeared on some looks. Less so the aforementioned “dad” trousers that lived and died in the 1980s. It was indicative of Tumblr culture, the intense need to repopularise things of the past—fashion’s current addiction to nostalgia present.

“I felt totally ridiculous sitting behind a sewing machine and had to work day and night to catch up with my classmates.” It is Martens who has had the last laugh. 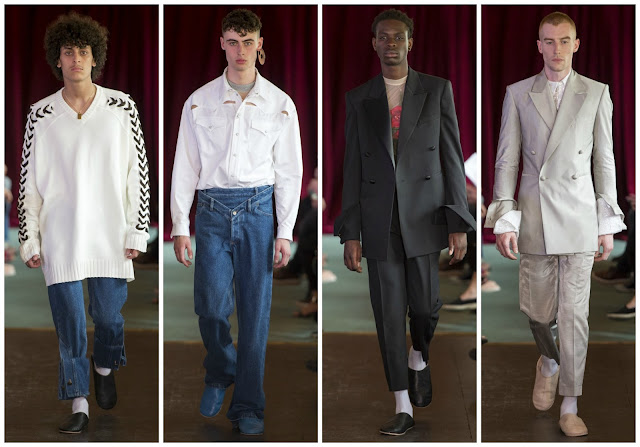