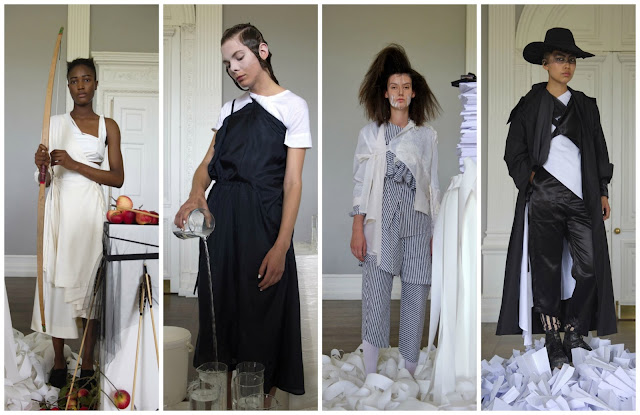 Phoebe English is the most underrated fashion designer at London Fashion Week—and now London Collections: Men. The designer’s approach to fashion and the way she presents her work are truly profound. There’s a poetry to the way she works.

Even with little she says a lot. Her Spring 2017 womenswear collection presented in September at Carlton House featured a mere seven looks. Of those seven looks each were named characters: there was an archer, a water bearer, an inquirer, a smuggler, a chanter, a strangler and a mourner. They were the seven characters inhabited by Phoebe’s selection of models. They also embodied seven different and moods: anger, sadness, questioning, despair, anticipation, sorrow, dishonesty. “It was my creative way of dealing with those changes,” Phoebe acknowledged. The changes in question were the Brexit result.

Brexit has undoubtedly impacted the fashion industry in interesting ways. Following June 23 the pound plummeted to a thirty year low, allowing foreign tourists to flock to London to avail of their currency’s advantage over the pound sterling. Although the industry, by and large, campaigned against Brexit, it meant good things for business. With more tourists and increased spending, companies such as Burberry saw a boost in sales. However, it comes back to the fact of the matter: fashion’s collective distaste for the referendum’s outcome. Phoebe’s chose to have seven looks, to mark the week of and after the referendum, when emotions were swirling.

There were notable, if allegorical, nods to the flagrant asininity of the xenophobic Nigel Farage—who championed and eventually won the campaign to Leave the EU—in the “lying smuggler”. After all, it was his dishonesty and demagogic manipulation that allowed the ‘Brexiteers’ their result. In response to this, the nation’s disgust and revolt were captured in the chanter and archer who express their contempt. The archer: a sullen model in cascading cloth—a semi-put-together effort of dressing in a world where you’d rather not leave your bed—was preparing to draw her bow. Away from anger and dishonesty was an even more raw and visceral portion of the collection, where sadness manifested itself. The aforementioned “mourner” carried a bouquet of flowers, the green of the stems sharply contrasting with her black tulle dress and veiled headgear. It bequeathed a certain sadness, to say the least.


The British fashion designers have been galvanised by the Brexit outcome, in the same way I hope the American designers will be provoked by the reign of Trumpism in their nation. Edeline Lee celebrated the London she knows and loves in her collection; Paul Costelloe emphasised the importance of Anglo-Irish relations in this precarious time; Christopher Kane spoke about the idea of making do and mending; Phoebe English had us relive the experience with her collection and it was all the more powerful for it. It will be the design journey hereafter that one eagerly anticipates. 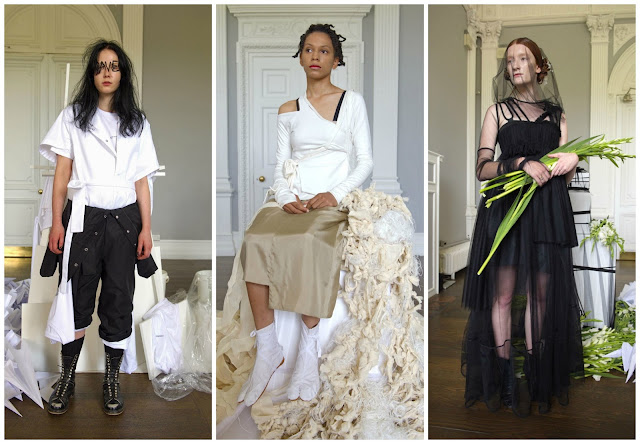