Paul Smith’s concession at Dover Street Market is a to-scale recreation of his first shop, which he opened in Nottingham in 1970. The 3 x 3 metre space has character, like the designer. There are artworks, vintage magazines, action figurines, and the all important clothing. Sandwiched between two other designers, Smith’s space does take the prize for the most inventive on the basement floor. There is a certain optimism imbued in the space that is readily apparent in his clothes also.

The ebullience of his Spring 2017 menswear show is difficult not to appreciate. One of the last designer’s to show on the Paris Fashion Week schedule, Smith’s catwalk was spectrum of bright hues which mimicked the clothing. Some models wore beaming smiles, others polite grins. The message of warmth and positivity was dearly felt, a satisfying sanguine denouement to fashion month. 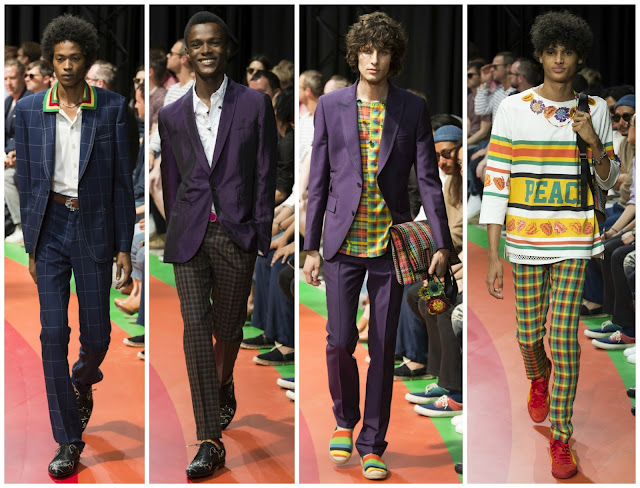 The UK EU membership referendum result—the aftershocks of which are still being felt as the government negotiates a ‘soft-Brexit’ —came days prior to the show. “I was surprised as anybody by the result of the referendum. Without question I am loyal to Europe. I have shown my men’s collection in Paris since 1976 and buy fabrics from Italy and elsewhere in Europe,” the designer said to Charlie Porter, at the Financial Times. The result put the show in a political context in a way, but Smith took your mind off the political uncertainty for twenty minutes in his colourful world.

The collection was inspired by the 60s nightclub scene in Soho, London. It opened with a a navy, geometric print tuxedo with a buttoned down white shirt underneath boasting a collar in the Rastafarian symbol colours. Multicoloured tartan blazers, Caribbean coolness, brightly coloured trousers. Notions of a summer festival and South American holidaying ran through the collection.

The diversely cast models—in the truest sense, not just a pitiful attempt of inclusivity—were a running commentary on London today, a multicultural city, a melting pot of nationalities, ethnicities and religions. Many shows draw on the idea of cities, the urban jungle, but most of them fall short of actually representing the people they are trying to appeal to. It’s easy to become cynical about diversity, when fashion rarely promotes it.


2016 saw the proliferation of cynicism—in politics with elections, referendums and impeachments; in fashion with the designer musical chairs, business shakeups, and the Vogue-blogger fiasco, in music with the ever presence of manufactured artistry. Honesty and love are few and far between, but in the end they will prevail. Paul Smith knows how to put a smile on someone’s face with his brilliant clothes and showmanship. And sometimes, it’s simple pleasures like those that you can count yourself lucky for seeing. 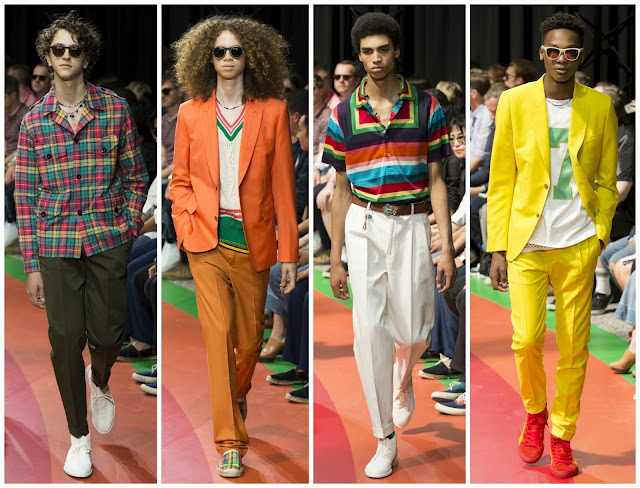