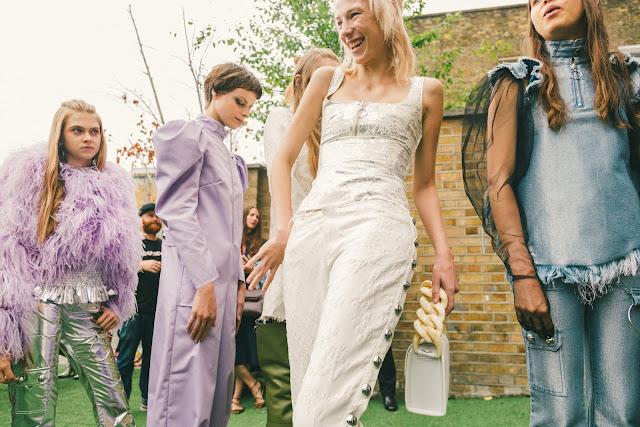 There’s something about the Marques’Almeida press release, a conversation between the brand director and co-creative director, that echoes the brand’s message, which is one of nonchalance, informality and attainability. There are no airs and graces about the label, or the people behind it. You could attribute some of their success to this—they convey their message with optimism, understanding. The label’s newsletter alone signifies the care they take in presenting their readership with an interesting piece, not just “buy this! buy this! buy this!”.

Marques’Almeida were the recipients of the 2015 LVMH Prize, where the won €300,000, as deliberated by a bevy of illustrious designers including Karl Lagerfeld, Phoebe Philo, Nicolas Ghesquière and Jonathan Anderson. The investment has allowed Marques’Almeida grow. E-commerce, the scale of their business, the fashion shows—everything has significantly improved and enlarged. They have more money to spend on production, on hiring new employees, on their presentations. According to Delphine Arnault, director and vice president of Louis Vuitton, it was the designers’ “technical expertise and their unique approach to working with colour and texture” that won them the prize. For Spring 2017, they continued to work on that basis. 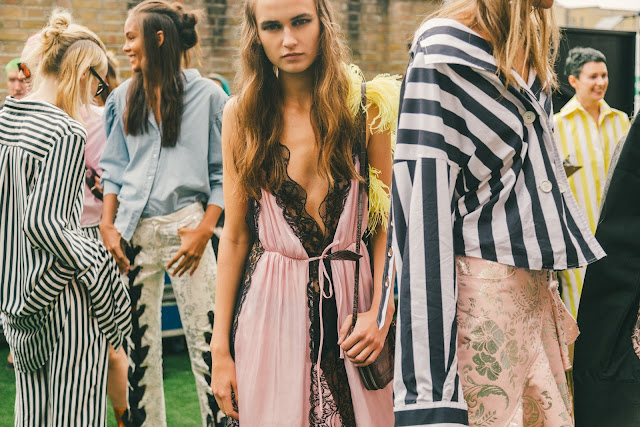 “We start with these random ideas of collages of vintage negliges with vintage basketball t-shirts and tulle sleeves hanging on our wall and then punkish references and then Baroque and then skaters,” Marta continues in the conversation with the brand director. The opening look was a smattering of all those ideas collectively: a baroque mini-dress with lace trim, a vintage basketball shirt, ostentatious red tulle sleeves, orange metallic boots. The model—with her eye-catching pink hair—captured the spirit of Marques’Almeida, the brand and the character who wears the clothes. (The British eclecticism was felt, but an innate nod to their continental European heritage was also noticeable.) The collection progressed with baroque skater girls, saccharine girlishness, 90s references, hip-hop nods.

There was a dazzling array of different cultural movements represented in the show: punk, skate culture, hip-hop culture, Victoriana, the 20s, the 90s. There were even samplings of bad taste in the collection—something Marta and Paulo are masters at—with the use of their signature denim, but also their expanding catalogue of fabrics. This season that included embroidered tulle, tacky feather accents, satin. Although it bordered on sensory overload, Marta asserted intention behind this. “We’re building a wardrobe and something that these girls want to wear and is special and made for them and the more girls we know and embrace, the more we understand and focus on them, the more complex it gets.” The girls in question are the ones on Instagram who present carefully curated versions of their lives—that is where the inspiration behind this Marques’Almeida collection is derived from.


“It’s only really when you see one of the girls wearing it it makes sense. Is it that thing of every girl being all these things in a way?” so the conversation went. Everything about this made sense: the Marques’Almeida girl is something to everyone. 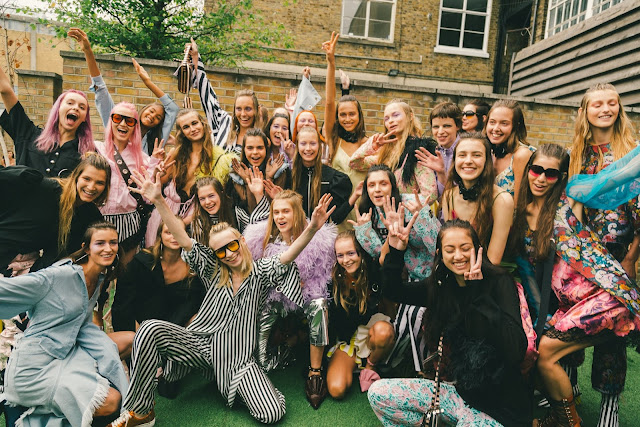 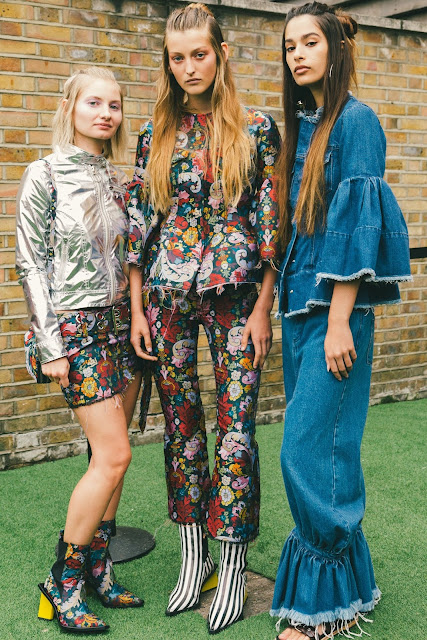 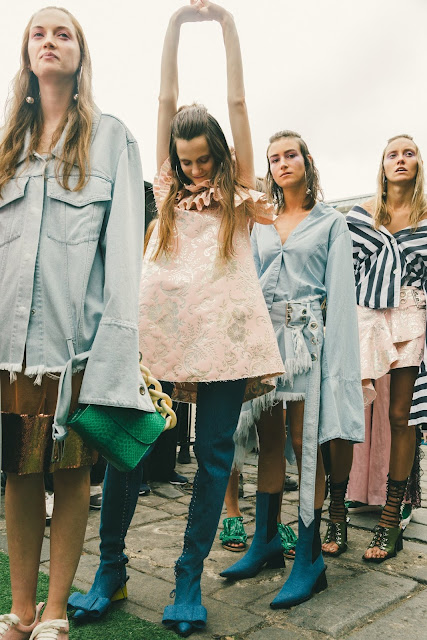 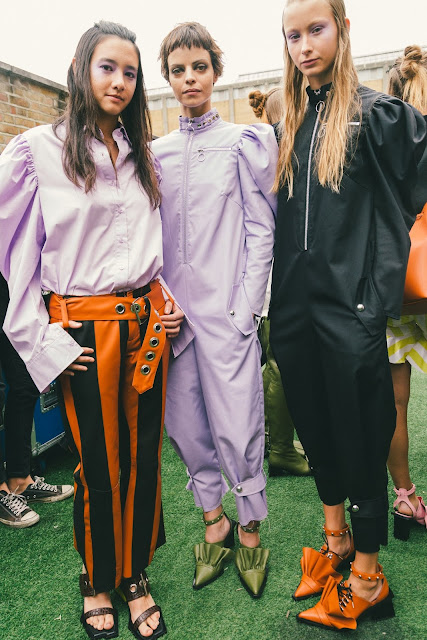