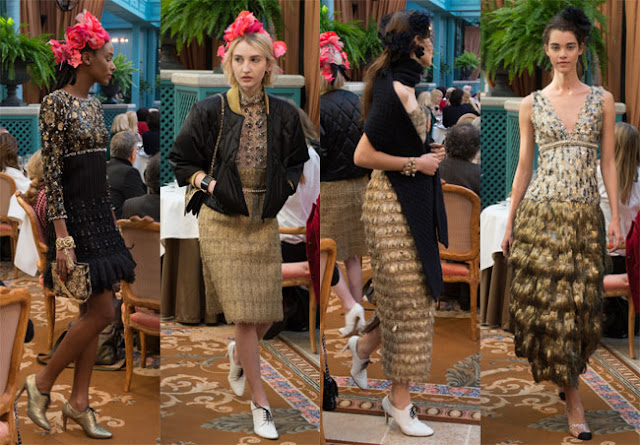 A barnyard mise-en-scène in Dallas; a sequestered schloss in Salzburg; the sensuality of the Italian film studios in Rome; an Indian festivity in the corner of the Grand Palais in Paris; the Russian pomp and frisson défile. Karl Lagerfeld’s globetrotting spectaculars for the Metiers d’Art show, or pre-fall in layman’s terms, is an opportunity to flaunt Chanel’s standing as the leading fashion house and also his affinity for the globetrotting customer. The Metiers d’Art show is also an opportunity for Karl to mine Gabrielle ‘Coco’ Chanel’s history and connect her with these far-flung locations he decides upon. For example, Coco went to Dallas in 1957 to accept the Neiman Marcus Award for Distinguished Service in the Field of Fashion; Bombay, now Mumbai, is where Chanel fabrics are crafted.

For the first time in a few years, Karl brought the show back to Paris but finely executed the confluence of Chanel’s past and the brand’s present relationship with the city. The brand’s headquarters is in the City of Light and its most famous store can be found on Rue Cambon. The Pre-Fall 2017 show was held at the recently refurbished Ritz Hotel on Place Vendôme. Chanel famously lived there during World War II when Germany occupied France. At the time she had been dating a German baron and Nazi propaganda officer. (Many Nazi operatives stayed here during the German occupation.) Chanel died at the Ritz in 1971. In her honour a lavish suite is named. The hotel has changed considerably since 1971. It underwent a four-year renovation which cost $450 million. It reopened its doors earlier this years; Lagerfeld throwing the first party there. 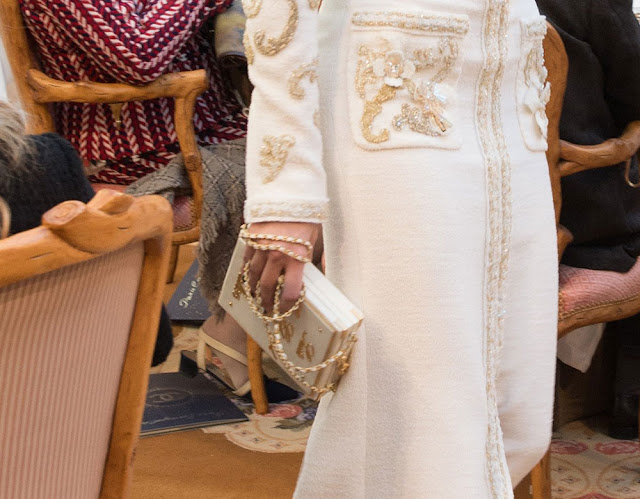 It was an uncharacteristic fashion show in one sense.. Firstly, the models didn’t wear sour looks and looked as if they wanted to be there. Secondly, they danced and pranced down the runway, sashaying between seated guests in the ballroom. Moreover, they all wore roses in their hair highlighting this newfound ease. Out first was Cara Delevingne whose signature strut transformed into a sensual sway. Karl also enlisted some other famous friends: Pharrell Williams doing the twist on the catwalk; Bob Dylan’s grandson Levi Dylan and Sylvester Stallone’s youngest offspring Sistine appeared (what a time to be descendants of icons); new Chanel faces Willow Smith (face of eyewear; daughter of Will and Jada) and Lily-Rose Depp (face of No. 5 perfume; daughter of Johnny and Vanessa) took to the runway for the first time. By employing friends of the brand, Cara et al., it promotes Chanel on social media and also its warm message.

As with most Chanel reviews, its easy to lose sight of the purpose of the show—selling clothes—but it would be remiss of me to forget to mention them, and also a real shame because they were wonderful. Chanel can often find itself lost in the past or in clunky territory, however, Karl balanced effervescence with tradition in this collection which created modernity. The 20s, the 30s and so on popped up; Karl commented that because the references were indistinguishable from the classic Chanel codes it resulted in modernity. Cara Delevingne’s evening gown, with fluttery feathers and gold embellishments. A matching jacket completed the look. Absolute excellence.


Paris-Cosmopolite this collection was entitled and it was a bubbly, cosmopolitan affair with brilliant clothes. There was optimism to bookend the annus horribilis we endured. Karl Lagerfeld is an entertainer, a fashion designer and promoter of positivity. Those three titles aren’t to be used separately: he’s the whole package. 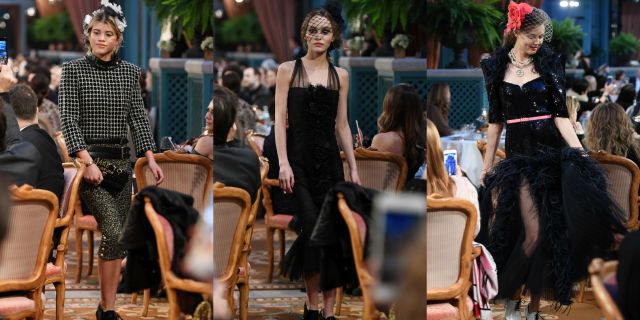