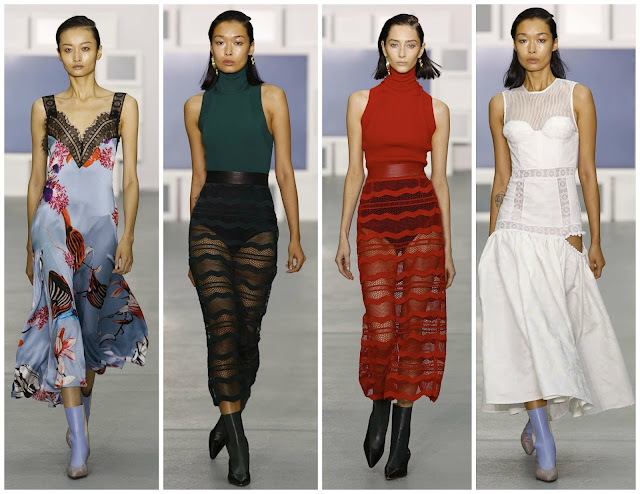 There’s a trend among young designers after they coup prestigious prizes: they go from strength to strength. Grace Wales Bonner, Marques’Almeida, both past winners of the LVMH Prize enlarged their worthy operations. Wales Bonner’s Spring 2017 collection was the best offering to date. Marta Marques and Paulo Almeida similarly developed their youthful eccentricity for Spring—it was their finest outing also. Teatum Jones, the duo, comprised of Catherine Teatum and Rob Jones were the recipients of the 2015/2016 International Woolmark Prize, an award they collected just days prior to their London Fashion Week presentation this past February. Jet-lag in tow, the designers were in high spirits for their bittersweet return to London, their adopted home.

Seven months later, in September, they had the honour of opening London Fashion Week, a considerable achievement for any label. It marked their first show post-prize, and sure enough, it exampled direction, forward-thinking and promise—something we’ve come to expect from the virtuosos.

With their collections, Teatum Jones like to create a human-interest story in which to ground their inspiration. This season, instead of picking an individual (last season it was Agnes Morrogh-Bernard, the founder of the Oxford Woollen Mills in County Mayo, Ireland) they chose an entire nation of people. Scots. They premiered a short film prior to the show’s beginning. In it, Scottish people spoke about “human diversity” and tolerance. As with analysing most collections in hindsight these days, it was a particularly prescient affair. Many Scottish people—the ones seen in the short film—are welcomed antidote to the hateful rhetoric that reverberates around communities on our planet. Sometimes you have to ask yourself, “why?” 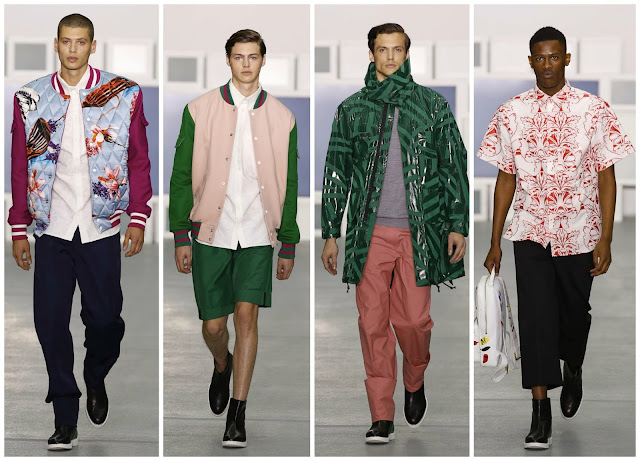 In the face of adversity, we must move on. Especially in the creative industries is this important. They are modern day history textbooks stratifying the world around us, through mediums of art, film, fashion, literature. Teatum Jones celebration of togetherness, diversity and tolerance was told through various cultural touchstones. Techno and house music, played overhead, imbued the sense of a Scottish rave clubs. The psychedelic colours were indicative of this also. There were blood reds, canary yellows, forest greens reminiscent of the emerald fields. While the women’s side of things focused more on polished glamour, with florals and subtle sensuality bursting through—the men’s portion of the show was perhaps closer to the Scottish person of today.

He wore his obligatory bomber jacket—his was printed with birds of paradise, quilted—and varsity jacket. It wouldn’t be a commercially-minded menswear collection without those two staples. Trousers were evocative of the 90s, in their baggy nature. The passionate colours employed throughout the collection, particularly appealing ones in the menswear portion, signalled, to this critic, the impassioned spirit and zeal of the Teatum Jones character—man and woman.

The menswear initiative was made possible by the sizeable prize attached to the International Woolmark Prize. Catherine Teatum and Rob Jones’ attempt at expanding their business is not only seamless, but exhilarating. No matter the season, they adjust and tweak their spirited aesthetic to fit the bill. Their refreshing spring collection was a colourful and inspired affair—it was sublime. 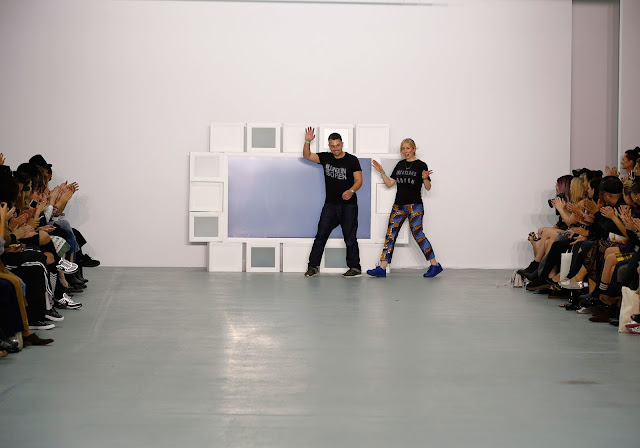