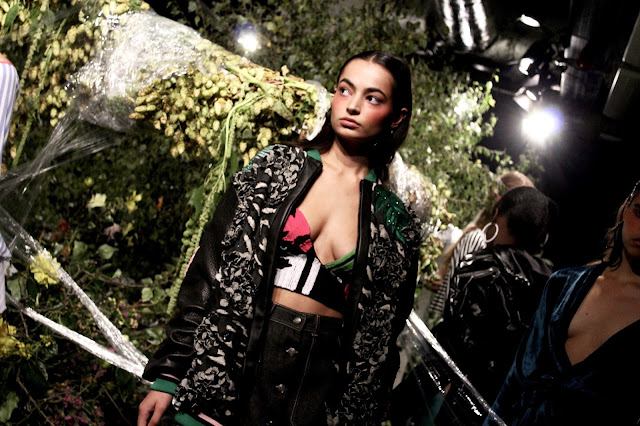 There are currently a couple of young women on the London Fashion Week schedule who supply an unfiltered, often girlish, bad ass attitude and the clothes those characters would presumably wear. You have Mimi Wade, with her filmic references and odes to the 1950s; there’s Ashley Williams, whose smart youth-driven pieces are both smart and wearable; Clio Peppiatt has taken a pointedly feminist stance with her clothing, something that bodes well with her Instagram followers, who I hear are also her customers; Caitlin Price takes things back to the nineties with her tracksuits, albeit they exude a working class flair, she imbues her work with a couturier’s stamp. There’s another, less publicised designer who is also doing the rounds, one who brings an old-world-meets-new-world glamour to the bad gal attitude: Roberta Einer.

I first noticed Einer when the British Fashion Council’s NEWGEN division proclaimed her one to watch last December. Quietly, she’s invaded London Fashion Week with two off-schedule presentations, one in February, one this past September. I had the pleasure of attending Einer’s sophomore show, which was held in the heart of Chinatown. Upstairs in The China Exchange, her models were armed with cling film, as they vandalised the outline of a house, filled with a myriad of foliage. Occasionally, they’d stop and pout for photographers—some theatre to convey the message, the power of presentations.

It was the hyperreal colour and art deco architecture of South Beach, Miami. The locations plays host to a the dignified art connoisseurs at Art Basel Miami in December and the debauched revellers on Spring Break months later. Einer channelled both events into her collection. Her girls wore heavily embroidered art pieces on their backs—in the form of modern wardrobe items: the bomber jacket, the crop top, the party dress. Young women everywhere champion these items on a night out—at Art Basel or on Spring Break. It was this intersection that enriched this collection.

Einer incorporated the graphics of contemporary illustrators Yoko Honda and Jiro Bevis, whose eye for bright hues formed the basis for the colour palette. The Estonian designer fashioned her own prints for the collection; see: botanicals, tropical birds, sloganeering. It wasn’t just this artistic approach to graphics that ensured the collection’s success. Einer has earned invaluable experience interning at Mary Katrantzou, Alexander McQueen; moreover, she was a print and embroidery assistant at Balmain, under Olivier Rousteing. She put this learning into practice here with heavy embroidery. Bomber jackets with presumed floral embroidery was in fact made from laser-cut denim. A neon hummingbird adorned one jacket; it was enlivened with Swarovski crystals (a key partnership for this season). These innovative techniques would’ve attracted the sophisticate or the carouser—they have that cool appeal and a bad girl persona.

This collection is what Bianca Jagger, Janice Dickinson, Gia Carangi would’ve worn for a wild night of revelry on Ocean Drive. That spirit permeated this show in magnificent ways—it was believable but modern and inspired. Many designers get lost in the past with their influences and forget to push things forward to the season at hand, foregoing relevancy by relying too heavily on the past. Einer didn’t do that here, she found the balance between old and new with aplomb. What's more badass than that? 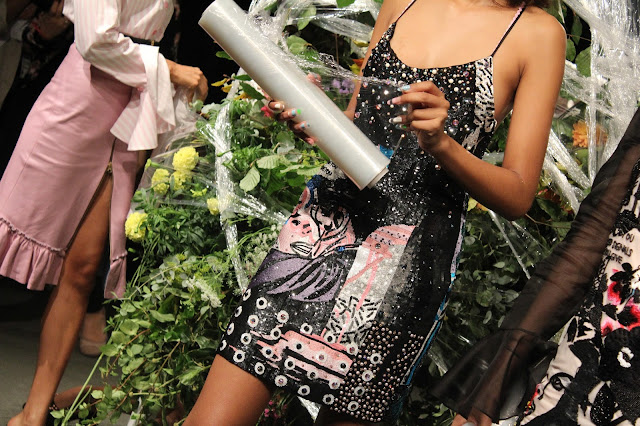 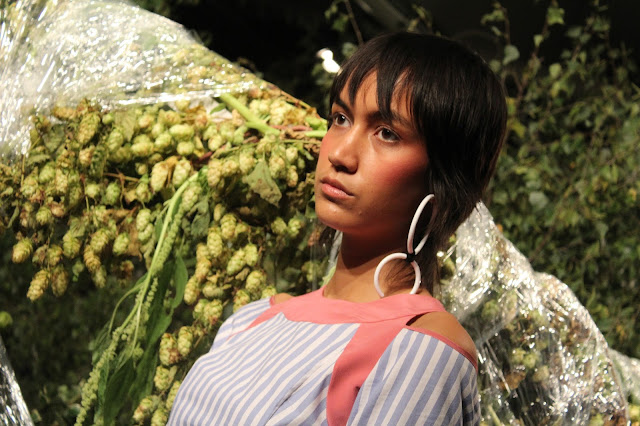 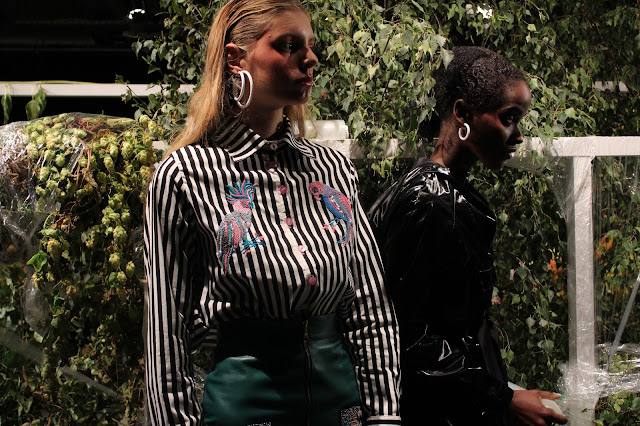 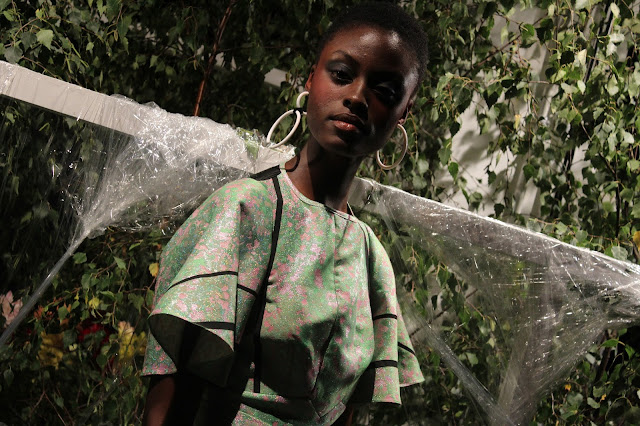 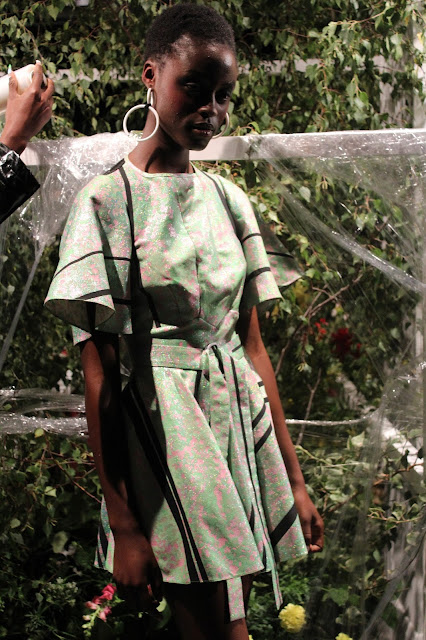 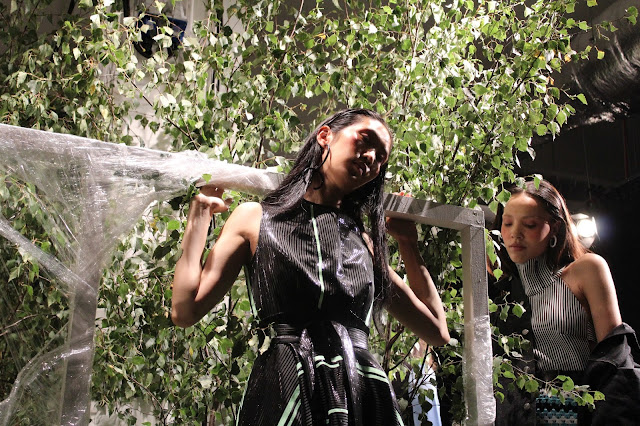 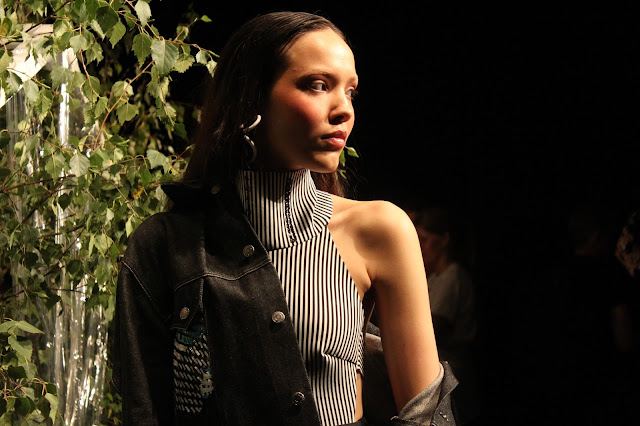 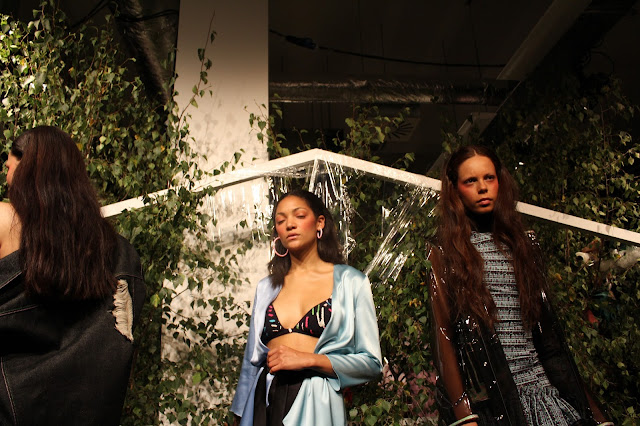 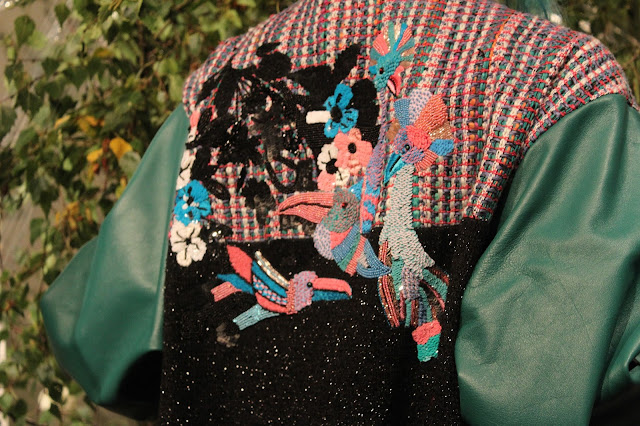 All images are my own
Posted by Paulidoodles at 6:30 AM