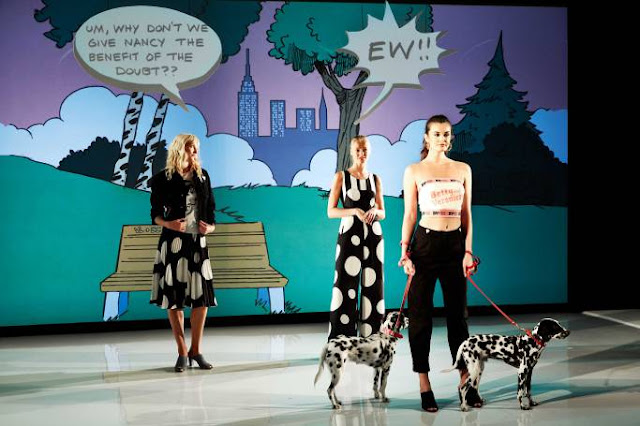 Rachel Antonoff’s name might ring a bell with you. She’s older sibling to Bleachers frontman and songwriter Jack Antonoff. However, she is just as talented as her younger brother. She doubles as a fashion designer and an activist, often fusing the two into a symbiotic partnership. She’s long fought for the rights of LGBTQ+ people, which now more than ever is essential. GLAAD, Human Rights Campaign, The Trevor Project are among the organisations Antonoff has supported. Her fashion design oeuvre too has seen the permeation of her activist pursuits. Famously, she designed a sweater in collaboration with & Other Stories with an illustration of the uterus; this was worn and auctioned by Antonoff’s brother’s girlfriend, the actress and writer, Lena Dunham. Family is an important aspect to Antonoff’s work.

Community spirit pervades the brand. Women of all sizes, colours, sexualities are represented in her positively-cast presentations. From the show during New York Fashion Week to e-commerce, representation is indispensable.

The collection Antonoff displayed at NYFW was a partnership with the Betty and Veronica comic book. Models emerged, positioned against a digital screen where speech bubbles (written by the witty Dunham) appeared above them. “Well, it’s not gossip if it’s true!!” and “I, for one am aghast” were personal favourites. Get those on t-shirts and they’ll sell like hot cakes. The narrative, an anti-slut-shaming message with an emphasis on female friendship, was amusing and the clothes matched its kitschiness. Quirky separates to be found in the modern women’s wardrobe: a silk bomber jacket, tracksuit pants, flirty day dresses, playsuits and playful party dresses. The clothes were ones you could easily imagine any of the cast members in Girls wearing. It contributed their success. 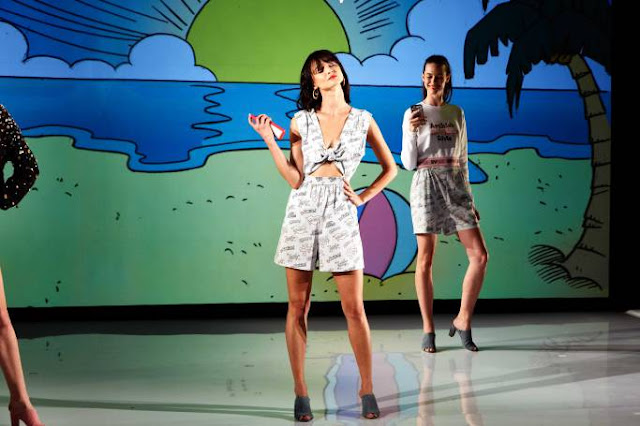 One line isn’t enough. Antonoff created a collection for a second, her eponymous line too. An impressive 50 looks, the clothes were imbued with the spirit of the Steel Magnolias. Sally Field, Dolly Parton, Shirley MacLaine, Daryl Hannah, Olympia Dukakis and Julia Robert’s wisecracking characters were optioned a modern day wardrobe. Realistically, you could transport Antonoff’s southern belle to any city, but the region was used as the foundations for which this collection was built on. There were illustrations of naked women riding pigs, magnolias, uteri, horses. The southern motifs were subtle yet noticeable, the emergence of youth culture prominent—pandering to young women everywhere; not to mention it’s price point.

A contemporary New York label, Antonoff’s attractive pricing is sure to win over her youthful demographic. While the clothes are expensive for most, they will be feasible for some. The price tag attached to her sweatshirts and tees are affordable—as with most labels, they are the breadwinners.


She has an inclusive message, a quirky aesthetic and reasonable price points down. Rachel Antonoff is one of those designers who is often overlooked, mainly because of her preferred presentation format—in New York, presentations are commonplace, but they aren’t as well attended as in London where presentations have as much gravitas as runway shows. Moreover, she has the star backing with Jack Antonoff and Lena Dunham working closely in the production of her shows. There is much to be excited about with Rachel Antonoff. 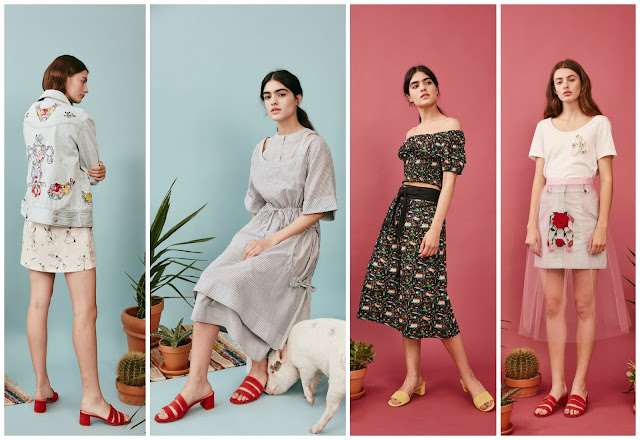