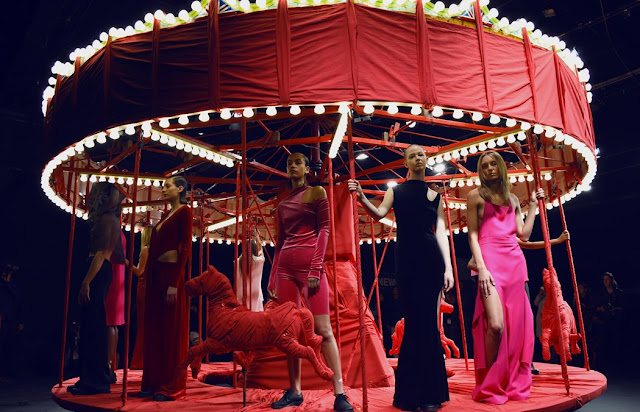 Fashion as entertainment is an intersection which raises questions, doubts and everything in between. Fashion is self-serving entertainment in 2016. The shows aren’t just for the bidding journalists, buyers and photographers—they’re for the masses. Instagram, Snapchat have democratised fashion and, in a way, as a blogger who isn’t granted entry to every show, I’m grateful. Fashion has been opened up in ways that were once unimaginable. However, with that comes the lack of elusiveness. Fashion’s enigmatic persona has been uncovered by increased social media coverage and that’s also an interesting conversation to ponder.

Marta Jakubowski took an alternative route for Spring 2017, the German designer explored mourning by recalling memories of her mother’s funeral. Fusing that with childhood memories, Jakubowski merged, on a basic level, happiness and sadness. There was the brightness of the colour palette—sour pinks evoking sassiness, white symbolising purity, black for mourning. 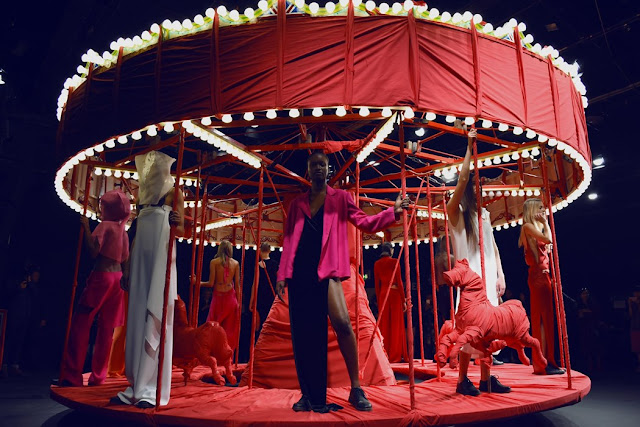 The silhouettes in the collection furthered Jakubowski’s penchant for deconstructed shapes. It pushed them into a more refined, more elegant space. There was still room for playfulness, however. The childhood motifs lent itself to Jakubowski’s inclination to deconstruct shapes. With cutouts here and there, they were warranted more than ever given the influences.

The imposition of entertainment in Jakubowski’s collection derived from the thrilling set piece designed by set designer, Gary Card, a frequent collaborator amongst London designers (Ryan Lo, Roksanda—his wife—commissioned his sets for Spring 2017). His merry-go-round wasn’t designed to be merry, although it’s fuchsia hue is misleading. The functioning carousel, installed with horse seats, saw the models stand, sullenly, evoking sadness, their own and the audiences, who were drawn into Jakubowski’s world if only for a fleeting ten minutes, the duration to the show space at the Institute of Contemporary Arts.

The show was, undoubtedly, a haunting affair. Between the inspiration of the show, to its compelling execution, there was an eeriness to proceedings. However, Jakubowski seamlessly incorporated entertainment with nods to childhood, the moving—and disorientating for some—carousel. It was a memorable show.


In the aftermath of the presidential election’s results, I was despondent, like many Americans and non-Americans around the globe. I expressed my concern in my ‘Fashion & The U.S. Presidential Election Post’ recently. To combat the chilling melancholia of that Tuesday night’s result, I needed something to boost my spirits, which were extraordinarily low. It’s pleasing and comforting to know that we’ll always have entertainment to lean on for consolation. 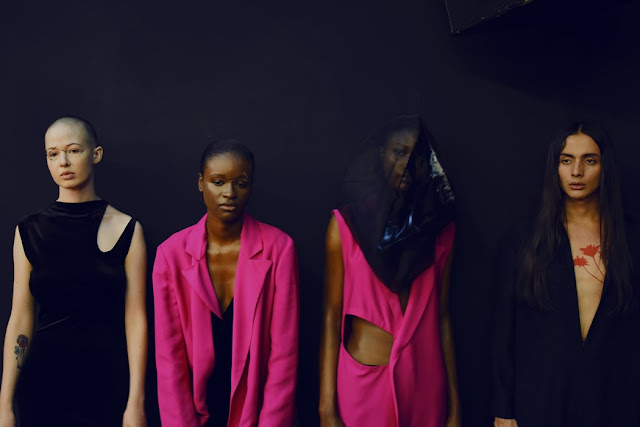 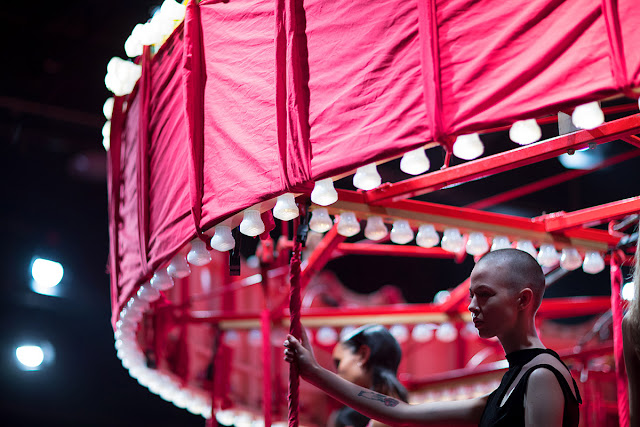 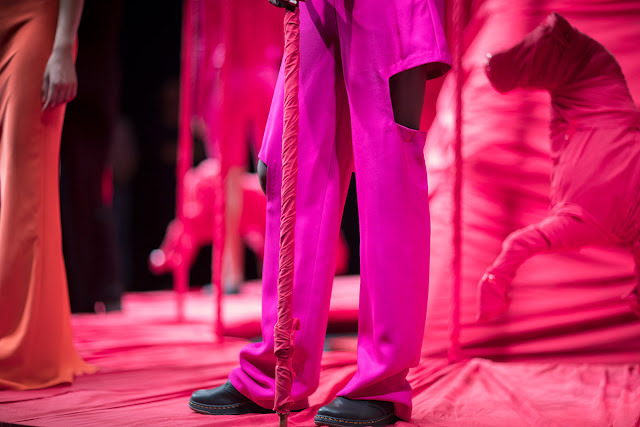 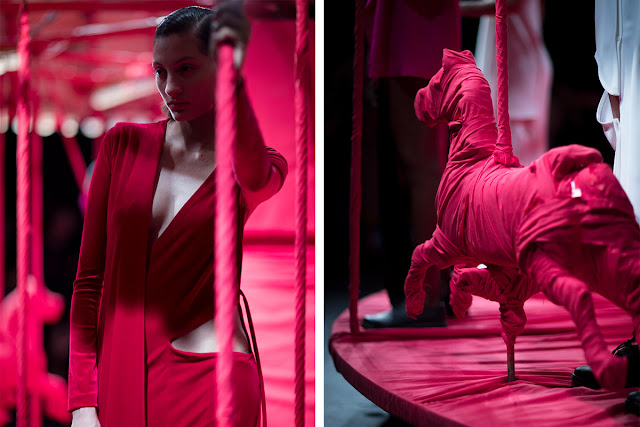