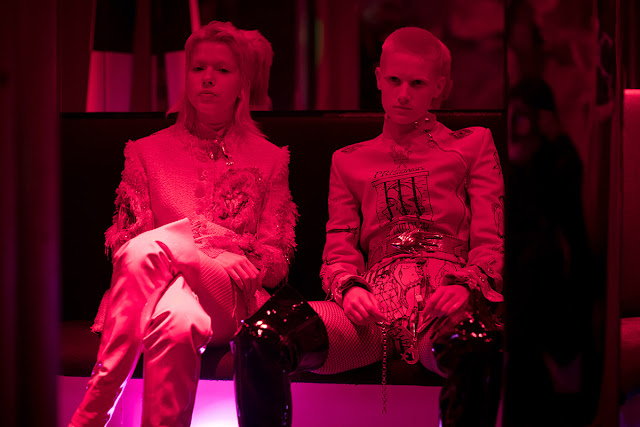 A Soho strip club is a tongue-in-cheek venue choice, the kind you’ll rarely find in any other fashion week city. I mean, Vetements did show in a chintzy Chinese restaurant in Paris for their second presentation. Dilara Findikoglu chose Sunset Strip on Dean Street. Surprisingly, there was a potency to the venue. Findikoglu’s unique brand of pointedly feminist design aesthetic is heightened in a location such as this. The strip club and the duality of whether it is a degradation of the female or female empowerment—after all, they’re affectionately called exotic dancers.

Findikoglu’s “exotic dancers” who did strut around the show space seductively, mounting the stage area and taking turns on the pole. However, they weren’t the stereotypical strip club workers. Punk Victorian hairstyles by Cyndia Harvey, harsh Gothic makeup by Inge Grognard. (Employing those two women in key roles is a further element to the feminism in her execution. Presenting opportunities to women in essential roles to the production of a fashion show.) Adwoa Aboah was among the models. She founded Gurls Talk, a feminist movement for girls to share their experiences and bring together women of different cultural, ethnic and social identities. She donned a tight-fit double-breasted tuxedo with regalia, eye and snake embroidered patches, On the back, in large, unforgettable gothic text, ‘Dilara Findikoglu’ was scribed. Adwoa’s presence and the setting weren’t the only indicators of feminism.

The show itself was called “Dear Past, Thanks for All the Lessons.” That aphorism was, of course, emblazoned on a shirt worn by Çilem Dogan, a Turkish (where Findikoglu is originally from) woman. Dogan was released from prison, in June of this year, after being jailed for killing her abusive husband in what she claimed was self defence. The statement was echoed in Findikoglu’s words who told Dazed, “It’s about how women’s bodies have been treated in different societies — what they were wearing and what they were doing, what the limitations on them were.” Thus began a history lesson through the ages of women’s fashion. There were Victorian-inspired pieces, corsets and Tudor sleeves, 18th century French Revolution-era garments, briefs embroidered with a diagram of the female genitalia. 80s party dresses and nineties power suits emerged in the collection also.

To add to the already layered experience, Findikoglu’s intricate embroidery was an intriguing, modern accessorising. There were exposed female forms, love hearts stabbed with rapiers, snakes, guns, a skull and crossbones, two nude women arm in arm. There were elements of empowerment and strength peppered within the embroidery. It was a further emanation of sincere woman empowerment; not the pathetically commodified version that other brand have tried their arms at.


With feminism and fashion, there has to be honesty. At the end of the day, any designer who creates clothing that makes a women’s life easier is a feminist. However, some designers are more pointedly feminist—Dilara Findikoglu, Ashley Williams, Paula Knorr, to name but a few London designers. If that honesty is missing and replaced with a cold, consumerist feeling, it dilutes the message of feminism and makes it look frivolous in the eyes of the questioning. With Dilara Findikoglu we’re in safe hands; she’s defiant and her work is moving. 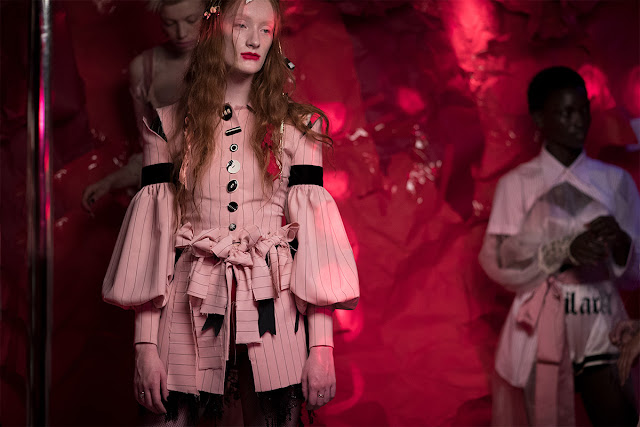 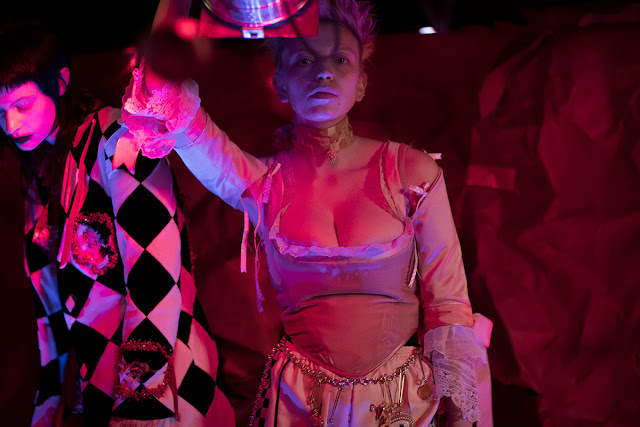 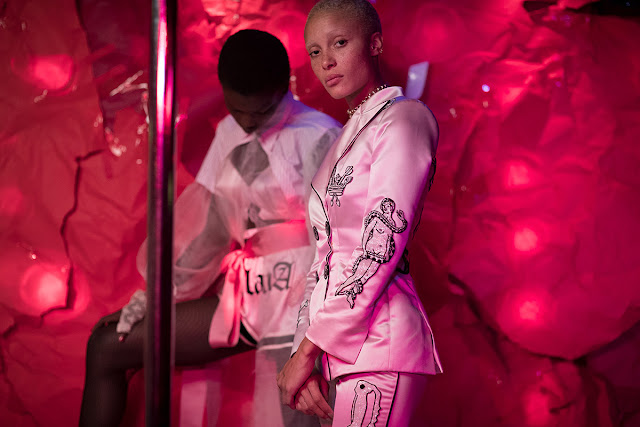 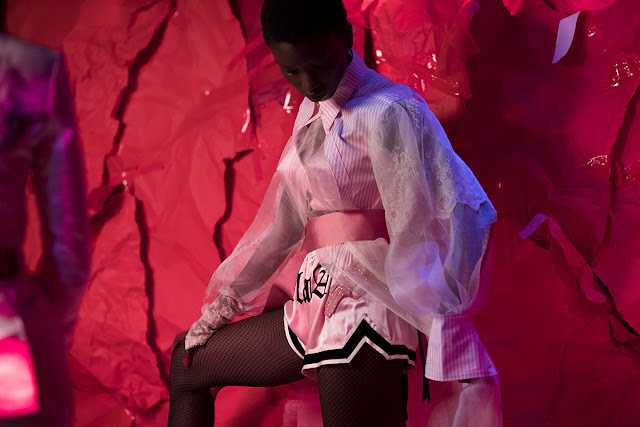 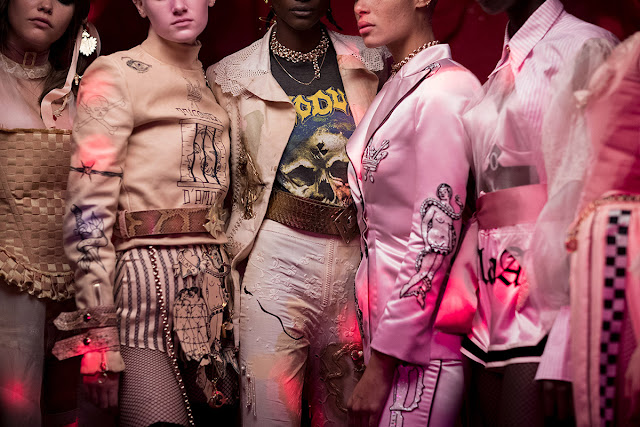 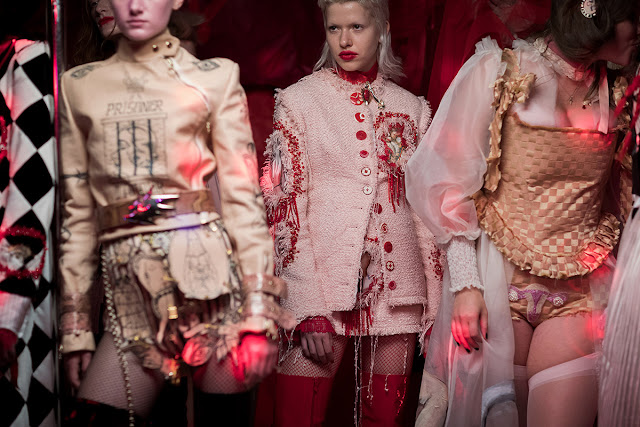 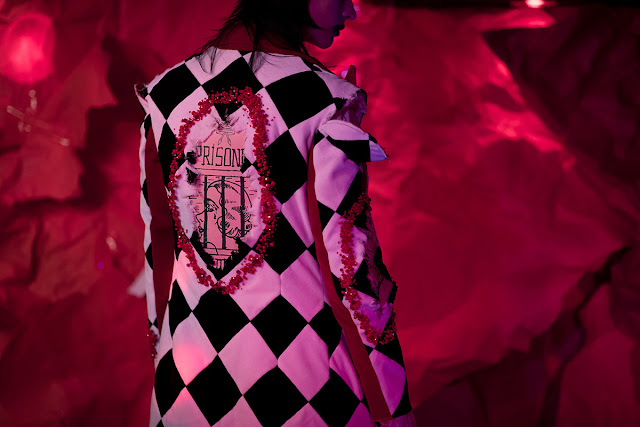 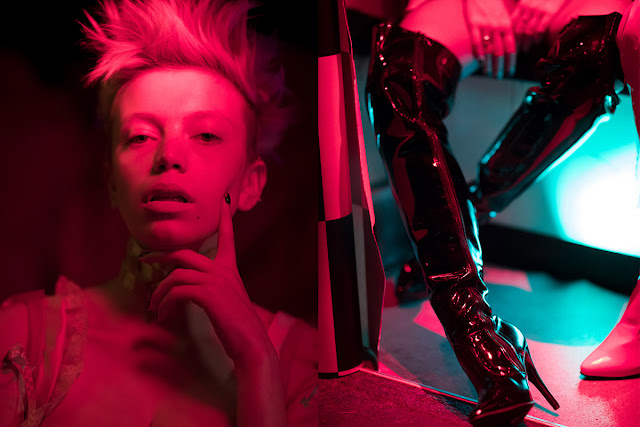