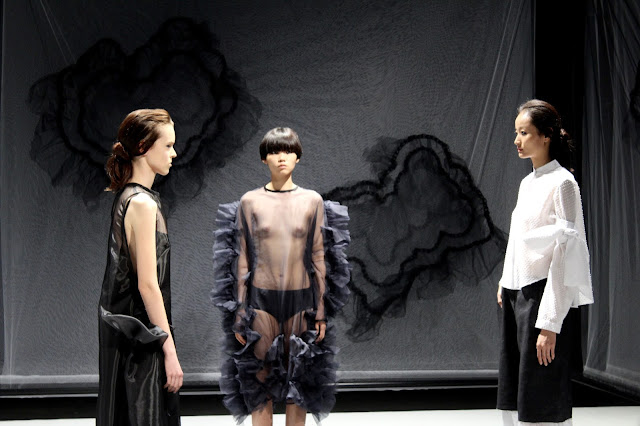 The intoxicating air of fashion week—attending the shows, photographing street style—will never tire. No matter how much the grouchy fashion press groan in their fashion week reportage, the buzz, the sense of exhilaration, will never fade.

It’s always nice, when fashion week comes around, to have a show that you look forward to most. It effectively breaks fashion week down to childlike simplicity; it’s akin to having a summer blockbuster you must see, as if you’re life depends on it. For me, this season that honour went to Katie Roberts Wood.

My excitement was palpable on that Sunday morning as I walked the Mall to the Institute of Contemporary Arts, the BFC Presentation Space during London Fashion Week. Inside, the show space was described as an “environment”, a glimpse into the ROBERTS|WOOD world, highlighting the effectivity of the presentation format. Models meandered the winding catwalk before positioning themselves for photographs. From my viewing positions, it appeared as though the models were emerging from darkness, moving like shadows behind a hazy structure. One by one, they lined up wearing conceptually-inclined frocks.

The transparent fabrics used revealed the dresses construction—further proof there is nothing to hind behind in presentations. Expectedly, they were well-made. The translucency was challenged by utilitarian shapes, seen in detailing on aprons, shirts and trousers. Katie was channelling the fusion between mundanity and otherworldliness. She toyed with this in last season’s collection too. She had fabulous shirting and tailoring while also maintaining a neat assortment of intriguing shapes. On offer for Spring 2017 were apron dresses with elasticated ties adding definition to the waist. Airy trousers in transparent white fabrics and loose black shorts were pragmatic summery workwear staples—albeit, in seasonless times.


What was most appealing about this collection was that the clothes rely on their conceptuality to be beautiful. There are many young designers who occupy a similar realm to Katie, one that preoccupies itself with metaphor and allegory. Oftentimes the message behind clothes overwhelms the output. It’s awash with words and poorly crafted. There is viability in Katie’s operation; Adrien Joffe of Comme des Garçons and Dover Street Market has recognised this. The press are joining the bandwagon slowly but surely. ROBERTS|WOOD is a quiet force on the London schedule, but it’s worth paying attention to. 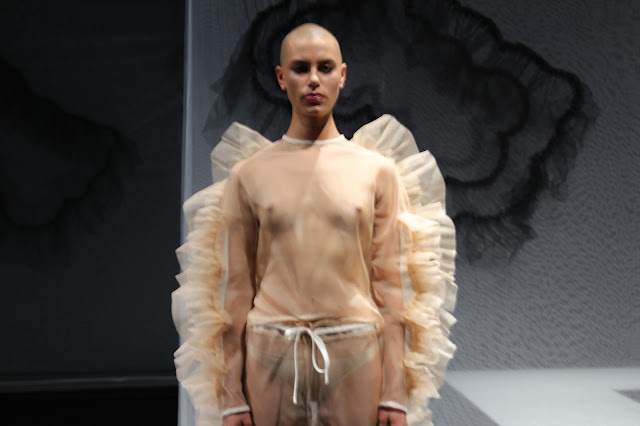 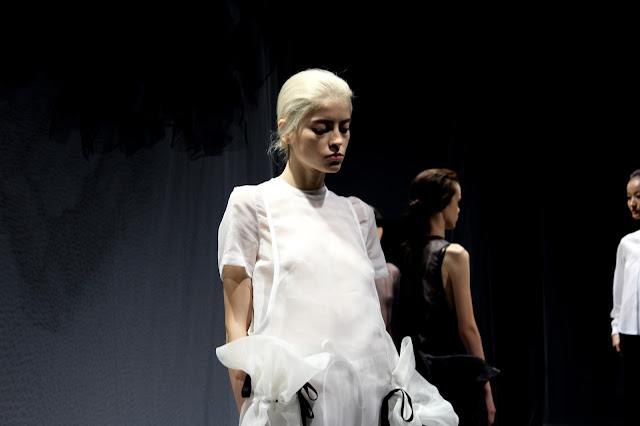 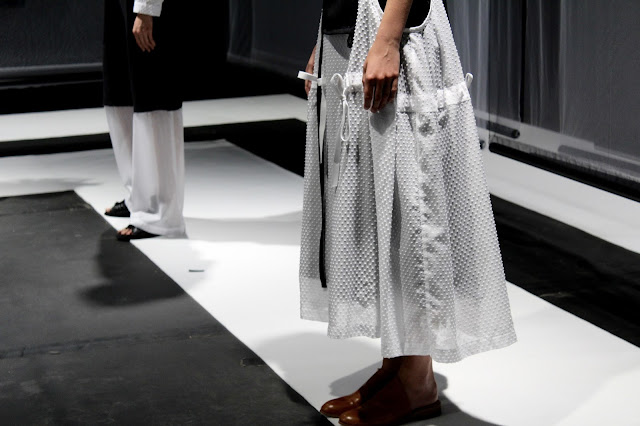 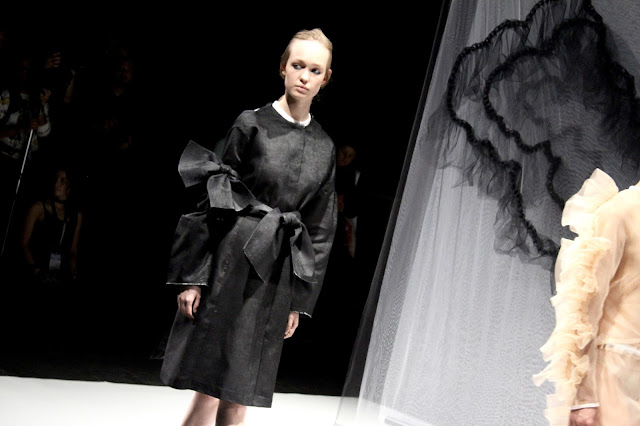 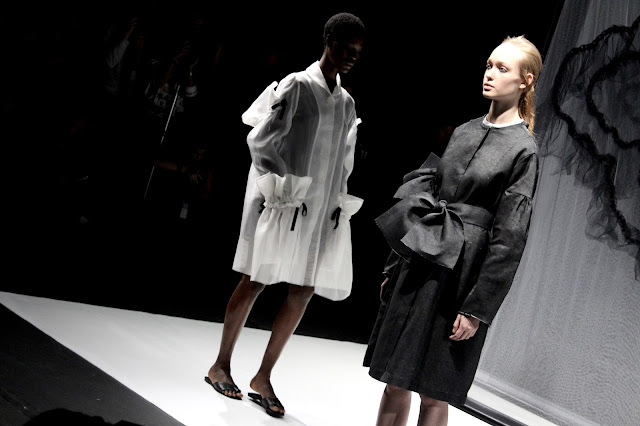 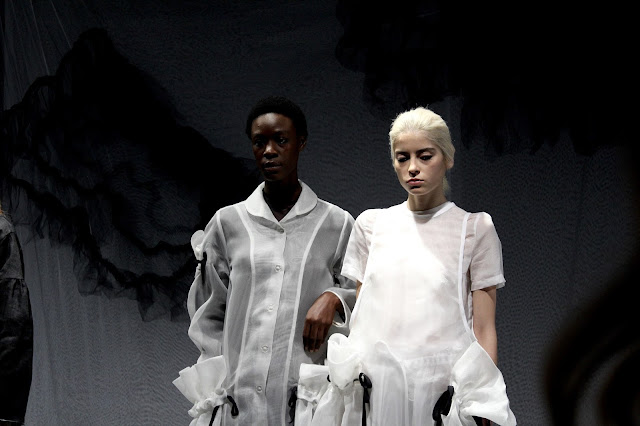 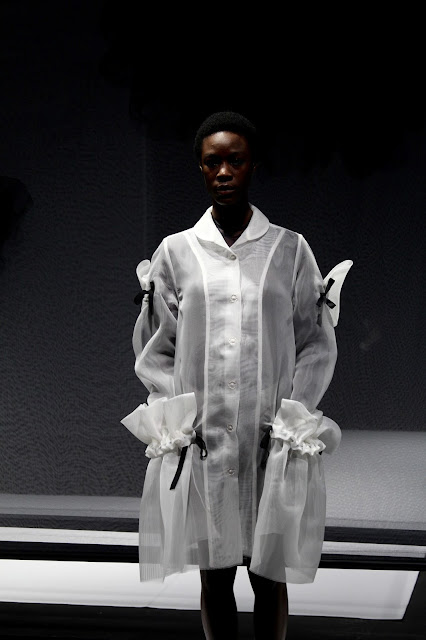 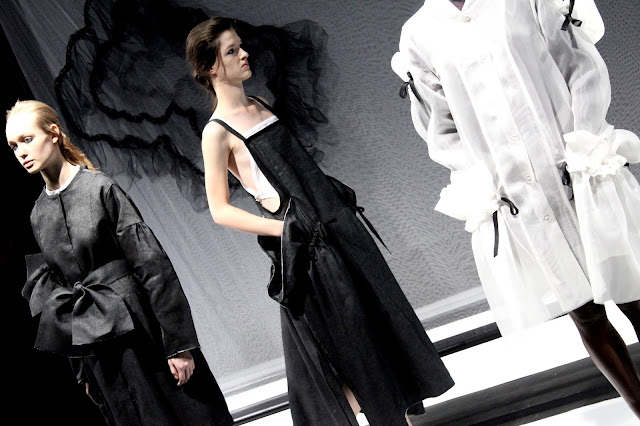 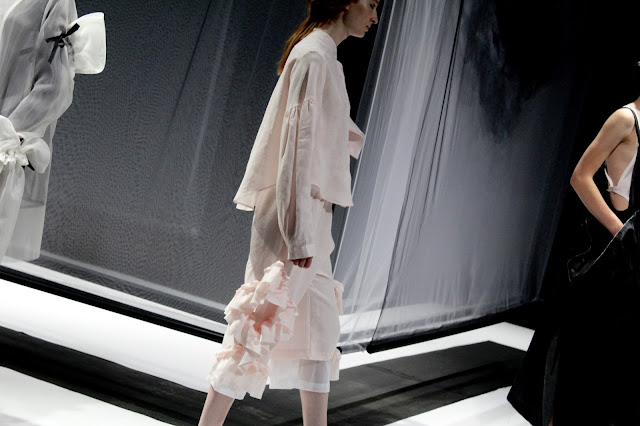