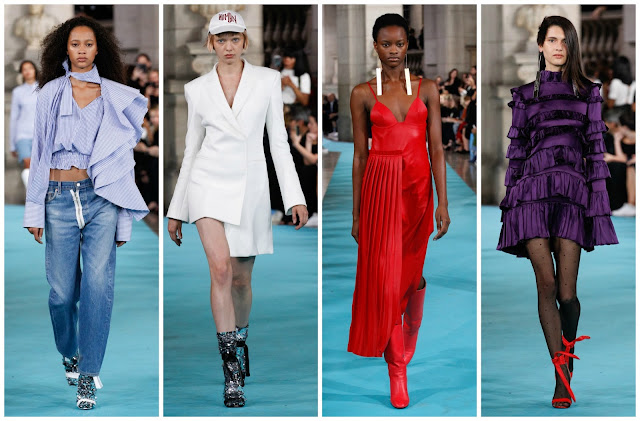 Pretty Woman, starring Julia Roberts and Richard Gere, inspired Virgil Abloh’s Fall 2016 Off-White collection. The 1990 film was the backdrop to a collection that was complete with reworked wardrobe staples for the modern woman. They referenced the street but had an undeniable compatibility with the boardroom. It’s effect was prominent: the street style photographers captured many industry folk wearing Off-White jackets and accessories during the recent fashion month; the high street stores have taken note too, one can spot duplicates in the likes of Bershka and Topshop. There’s a universal appeal to Off-White. The affluent buy into it’s sophisticated brand of streetwear—it’s well-constructed and tailored—and the everywoman has caught on too.

Perhaps its success is not only in how reliable the make of the clothing is. There’s the possibility it could be the filmic references, which have undoubtedly won over the fashion press. This season he focused on Working Girl, the 1989 film starring Melanie Griffith. Big hair, big shoulders—the 80s has resurged, thanks to Demna Gvasalia’s—it was all there. It opened with Selena Forrest—big hair, big shoulders—as the modern day working girl. She wore an abbreviated striped blouse with overlong sleeves, a necktie and a layered, asymmetrical shoulder accent. Styled with spangly heels and blue jeans, the functionality of her look, albeit with added glamour, allowed the narrative to flourish from the get-go.

The show continued in a similar fashion. Easy clothes, each with a dose of intrigue, rebuking normcore. There were different interpretations of the shirt—the polo-cum-dress-shirt, two shirts layered and falling off-the-shoulder (á la Balenciaga)—and denim. The denim came in shirt form but also in witty pinstripe jeans. There were scarlet tracksuit pants with sharp blazers; bombers and skirts; asymmetrical cocktail dresses. A slew of 80s-inspired evening dresses were seen; one in particular, amethyst in colour, with regal layers, bouncing as the model charged the runway. Things then explored a sportier realm, a familiar stomping ground for Abloh. There were tie-dye raver pants, printed sweatshirts over loose skirts—where the boardroom met the disco and the gym.

Off-White is quickly becoming one of the must-see shows during Paris Fashion Week. Need proof? The Wests, the Kardashians were present, supporting Kanye’s friend, the designer Abloh. (Abloh serves as Kanye’s creative director). R&B sensation Frank Ocean was also present (his song ‘Solo’ from his sophomore album, the recently released, Blond closed the show). Buyers and press turned out in droves—Sarah Rutson at Net-a-Porter enthused to Fashionista; Amy Verner at Vogue Runway called it a “career best.”


Last season I criticised Abloh for including incongruous There was no incongruity to this collection. It was a searing day-to-night, stream-of-consciousness design process with unforgettable pieces—a superb show. 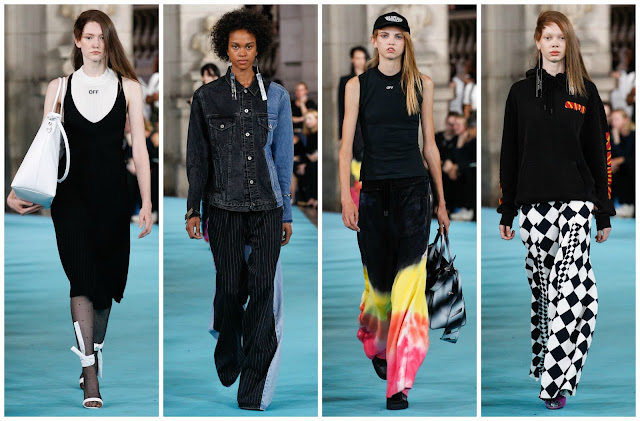