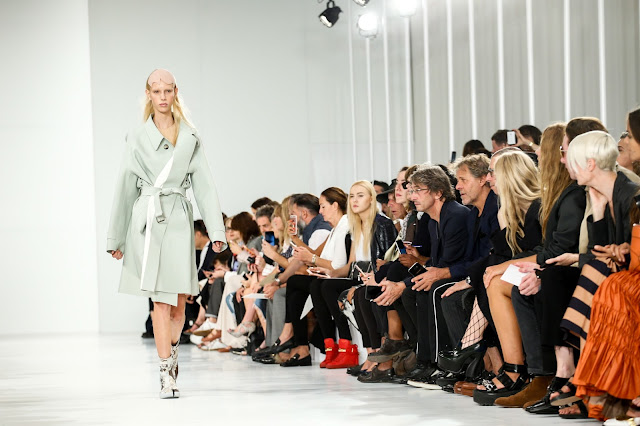 What John Galliano has managed to do at Maison Margiela has been quite fascinating viewing material. The designer arrived for the Spring 2015 couture collection, at the beginning of January 2015. When I realised that Galliano had been there for less than two years I was shocked, to say the least. As a designer who creates ready-to-wear, couture and pre-collections, Galliano has already accounted for 11 collections. What they all have in common is that they’ve been received warmly by press and they boast details worthy of fine art.

For his Spring 2017 collection Galliano touched upon the incongruity between sportswear more formal attire, fusing them new, modern ways. It started with a beautifully draped mint coat and completed with a a cornflour blue trench over a mint jacket and yellow skirt; the closing model wore alien headgear and a golden belt—she personified the otherworldly creatures that Galliano has been creating during his Margiela tenure. Although otherworldliness hasn’t overwhelmed his collections. As the opening look would convey, there is a sense of subtlety and elegance within his collections. A black slip dress with a print of a hand holding a flower; deliciously-tailored suiting, fabulous jackets—Galliano has the meat and potatoes down. 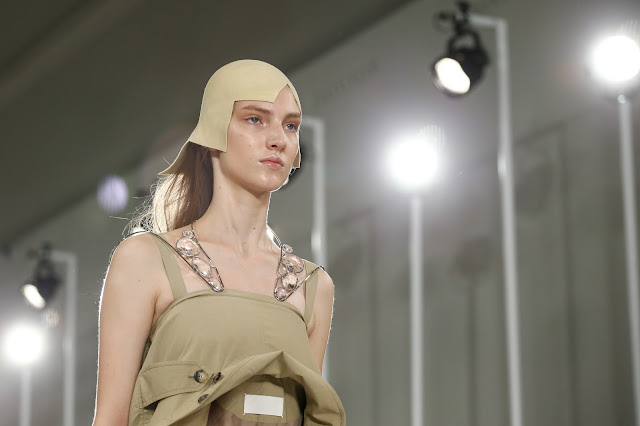 However, to prevent from his collection being a total bore full of items we’ve seen thousands of times, he obfuscates slightly, with styling and the addition of pieces that make you beg the question, is it a jacket, or is it a dress, or is it neither? The third look was a hybridisation between a macintosh and a dress, another was a wetsuit-cum-dress. His undying spirit and brash British eccentricity bursts from the seams: take a look at one look where on the back of her cutesy knit bodysuit and cardigan, a model carried a yoga mat, a backpack and a handbag. Or the model wearing a wool scarf cross body, wide-leg shorts and alien headgear (a nod to wearable tech, perhaps?), her strange outfit combination was a portrait of eccentricity. It further highlighted Galliano’s burning passion for unorthodoxy and to fashion modernity in thrilling ways.

‘Thrilling’ is an apt word to describe Galliano’s current iteration at Margiela. He relies heavily on styling exercises but in a refreshing way. His work is stuffed with detail but it never veers into overwrought territory. His models are fairies and aliens, with fantastical headpieces and horse-hoof shoes.


This collection introduced sportswear—making sports glamorous, the main message. It was witty, exciting, modern. It’s only been eleven collections at Margiela, but I can hardly wait for the next eleven. A match made in heaven. 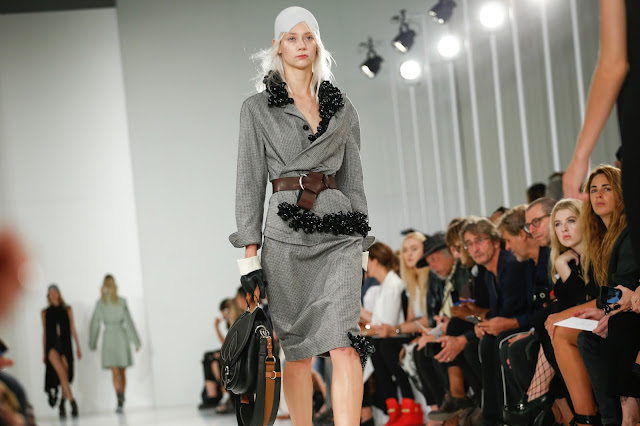 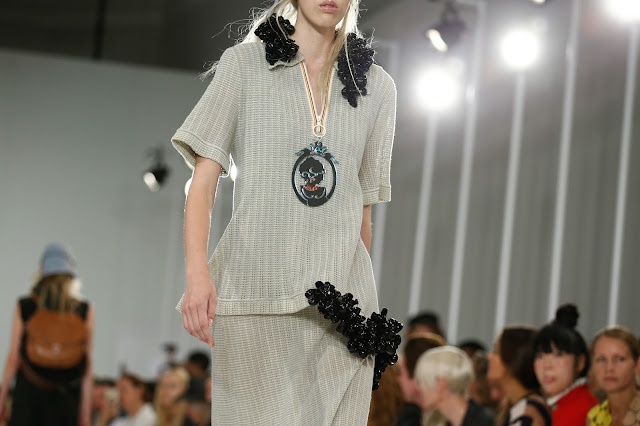 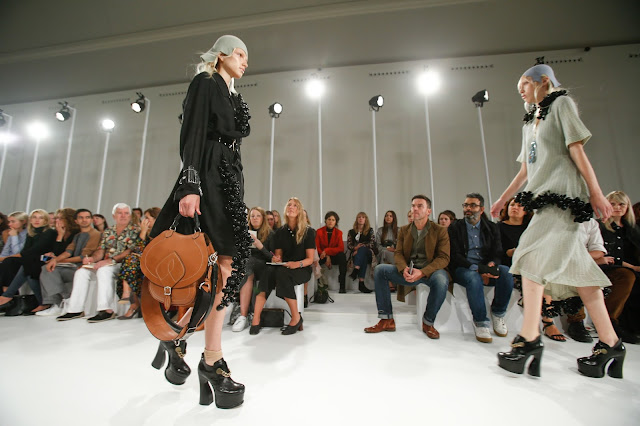 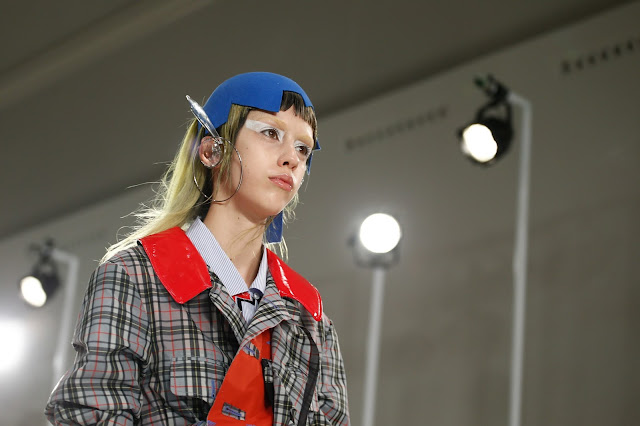 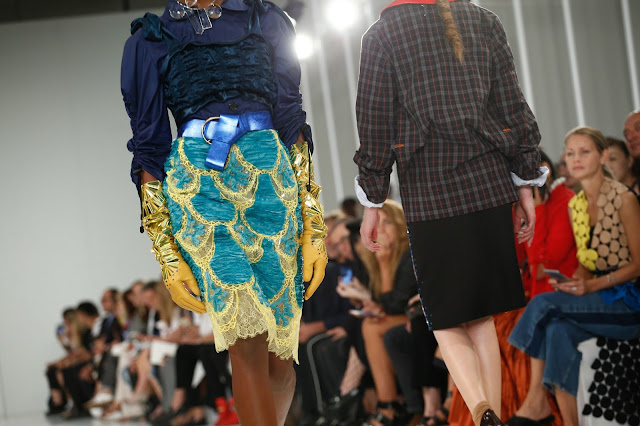 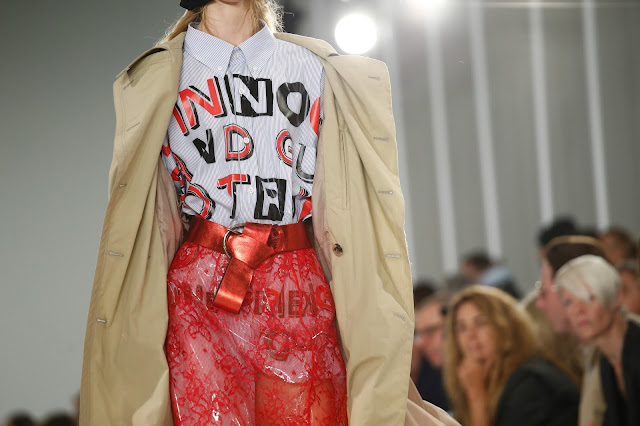 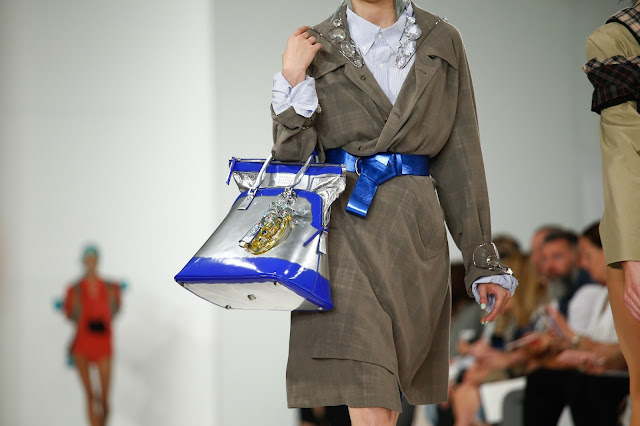 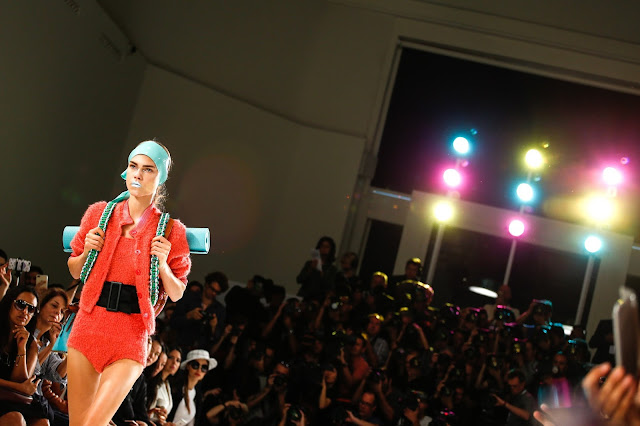 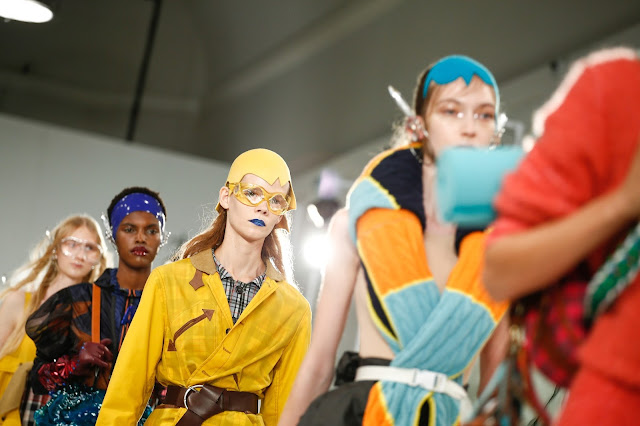