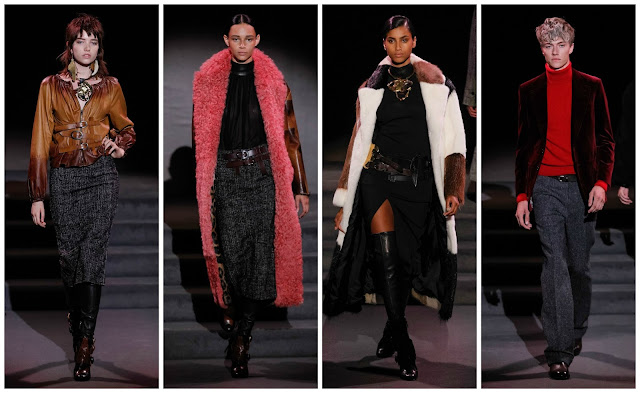 Aftershocks from day one of New York Fashion Week are still reverberating in the fashion industry. You could climb Mount Kilimanjaro and you still would be unable to complete the whole story. Okay, that’s a slight exaggeration, but as can be expected with the tireless news cycle there was a plethora of information to process. Firstly, the critics slated Kanye West’s fourth Yeezy ‘production’. The show, which consumed four hours of precious fashion week time was spent largely on transport and impatiently waiting—worse still, impatiently waiting for nothing special. As I wrote yesterday, I’m confused as to what the message to take away from the show was. The only discernible feature of Yeezy is the magnificent 350 Boost shoes. Besides that whole fiasco, there was the Cartier Mansion reopening on Fifth Avenue; celebrities flocked to the event bedecked in the finest jewels. Possibly the most potent news story of the day arose in the evening, at Tom Ford’s return to New York Fashion Week.

His highly anticipated collection was an example of a season switcheroo. This wasn’t Spring 2017 but Fall 2016. Presenting in-season, provocative? Five months ago maybe, but the experience Ford crafted was far more important. Selecting the recently overhauled Four Seasons Restaurant on Park Avenue. He wined and dined his attendees, chefs serving them a delectable salmon dish and spilling hundreds on an endless flow of champagne. Immersing his guests in his the Tom Ford world, the dinner-theatre show that was subsequently presented was memorable, powerful and seductive.

Enlisting his favourites Gigi Hadid, Daphne Groenveld, Binx Walton and Ondria Hardon for his striking return to design greatness—famous Ford felines, Natasha Poly, Liya Kebede, Amber Valletta and Carolyn Murphy emerged from retirement to provide an ageless preset to these brilliant clothes. Firstly we were presented with a taste of his distinct waist-cinching, figure-hugging silhouette that will never tire. There was dyed, buttery leathers and multicolour shearlings. Sharply-tailored, boxy outfits took to the runway with swagger and oomph. Imaan Hammam strutting down the elevated catwalk in a floaty dress with a thigh split, a multicoloured fur coat, and thigh high boots is what you call a ‘fashion moment’. I’m sure awe-struck guests will remember it forever.

Ford’s signature throbbing sexuality pervaded the collection in an unforgettably personal way. It was fiery and alluring; a powerful, honest take on modern power-dressing through the 1970s lens—one that Ford oftentimes employs to heighten the sexual agency in his collections. It may be an archaical portrayal of a woman’s sexuality, and in a way it certainly is, but as many have been quick to point out: this was fun. Fashion has been hit with a tidal wave of dour seriousness in recent years, depriving the viewer the energy and vitality that made it so enjoyable in the early days. This was a roaring kick to the behind to tell other designers to step up their game.


Tom Ford will always give us something worth talking about, for days after the presentation. 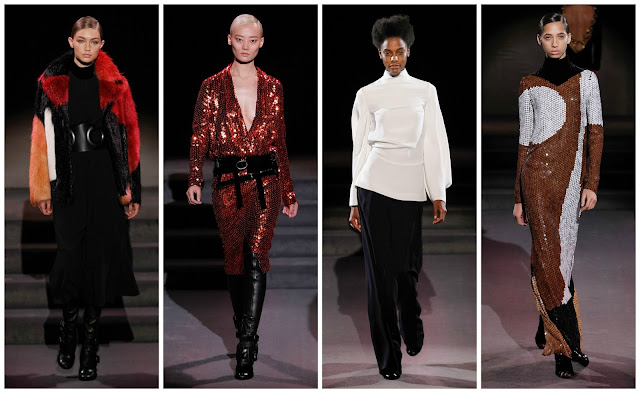